"Show me how you live and I'll tell you who you are." Who isn't familiar with this phrase? Indeed, private living spaces seem to have immense expressive power regarding their inhabitants. For example, "interior portraits" were widespread in the 19th century. Characterized by their great accuracy in showing the nature of private rooms, they also indirectly depict the individual. The expressive power that the interior still has today is demonstrated in the works by Patrick Angus and Keiran Brennan Hinton who take up this motif in different ways. 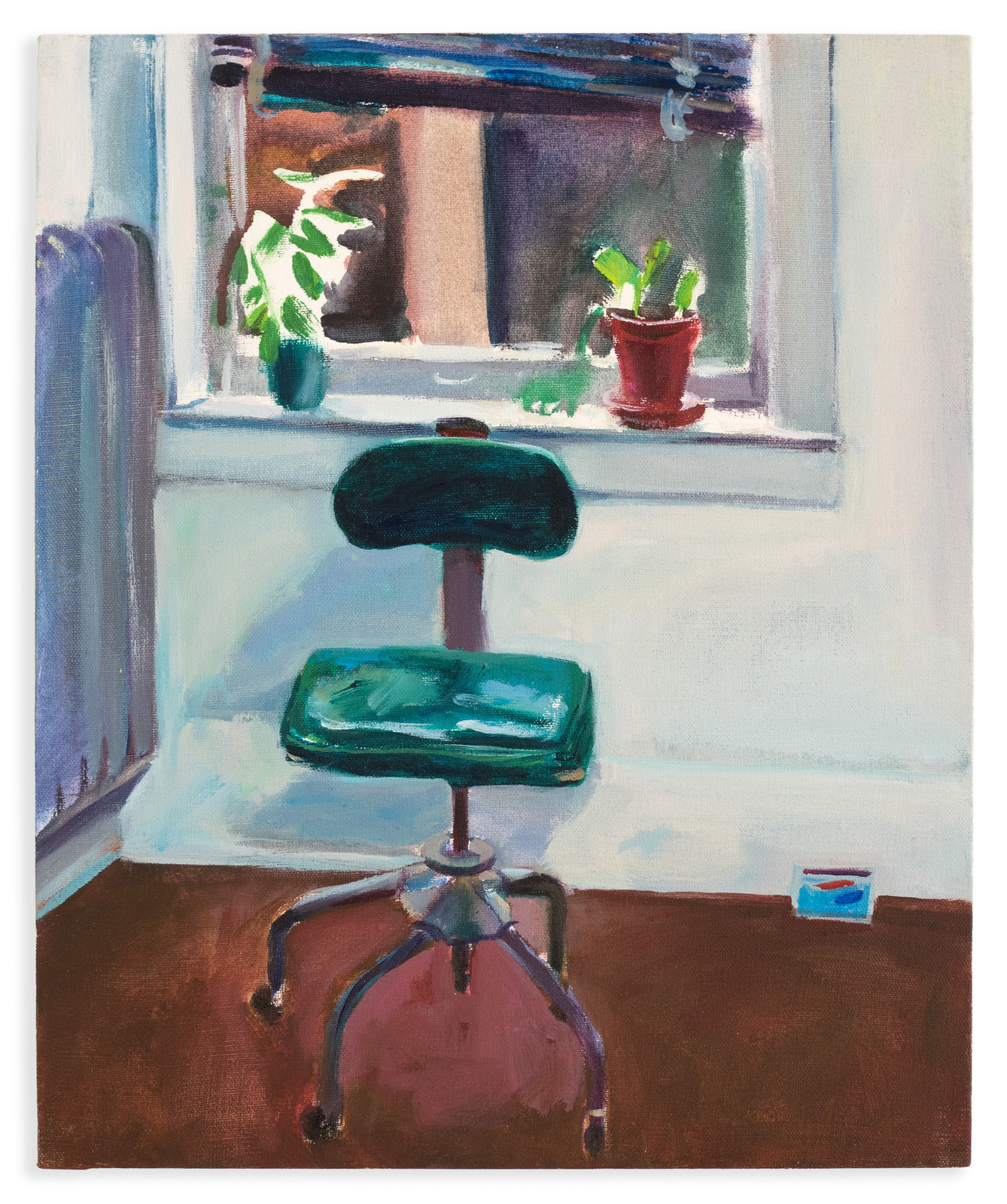 Among the drawings of Patrick Angus ( b. 1953 in North Hollywood, California; d. 1992 in New York City, US ) are many portraits of friends, acquaintances and models, which he captures on paper with his fine ductus. For "Sundays @galeriefuchs" we focus on his still lifes, among which are also some interiors. In the work "Untitled", for example, a green stool in front of a window becomes the focus of the painting. It is depicted here in its nature and materiality in broad strokes by Angus.

Along with his other pencil drawings, in which he captures a plant arrangement and the view from his mother's living room in Santa Barbara, the pencil drawing with the top hat and denim jacket turns into an allegory that is quintessentially American. The top hat in the pattern of the American flag recalls the depiction of "Uncle Sam," a national allegory and advertising figure of the United States. The blue denim jacket, an American invention for the blue-collar working class, has always been a staple American symbol. Patrick Angus is on view in a solo exhibition at Bortolami Gallery in New York through Feb 27, 2021. 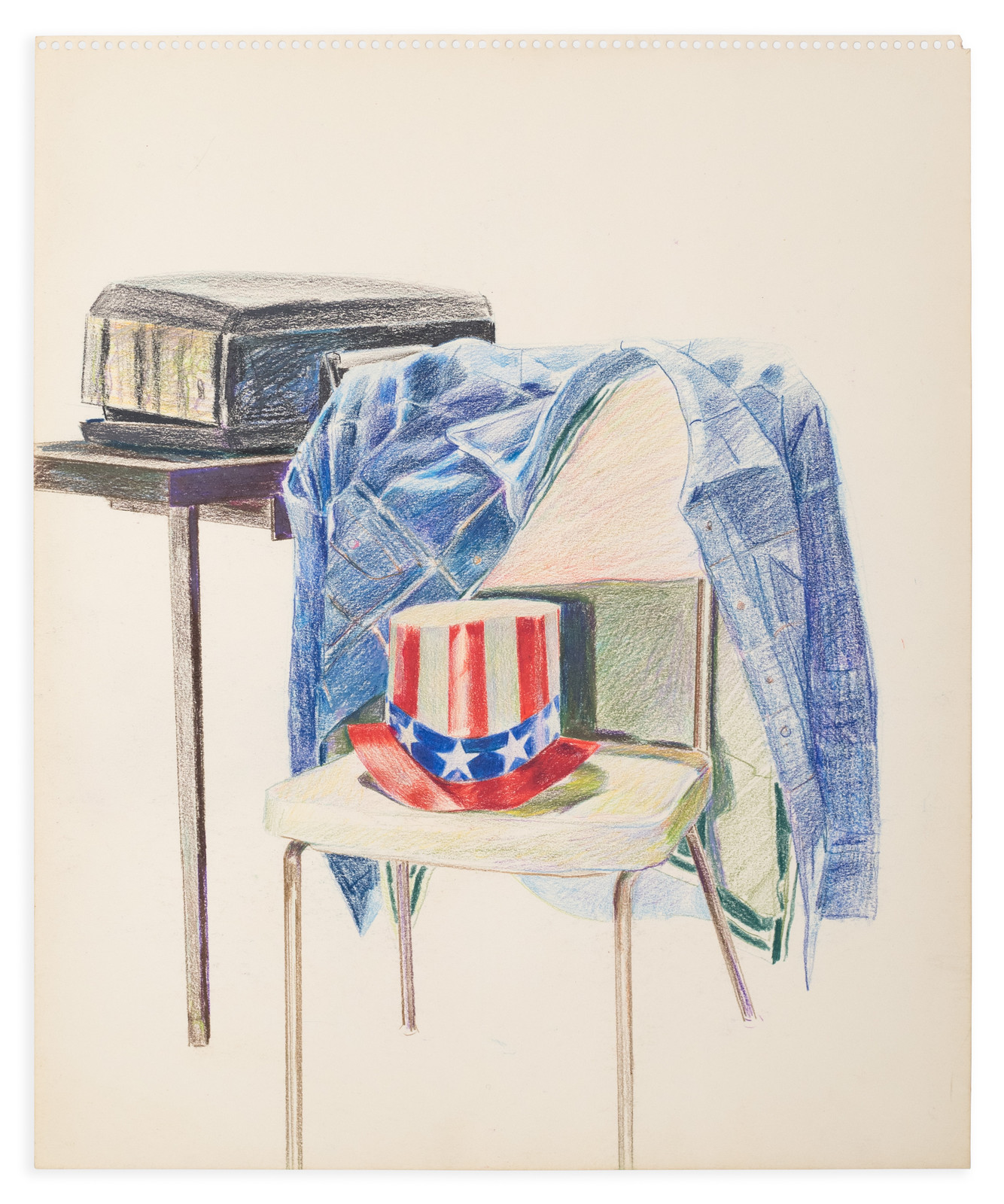 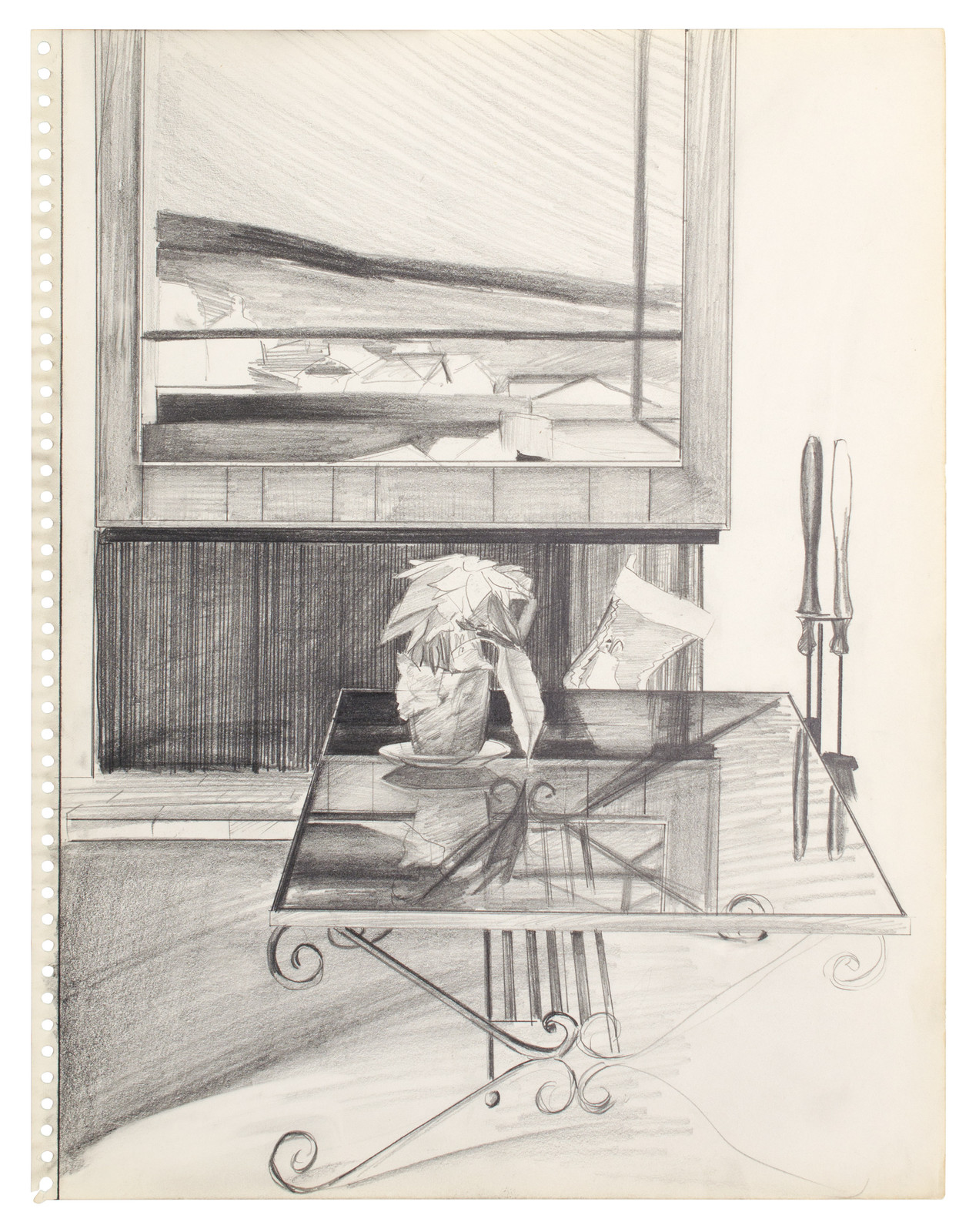 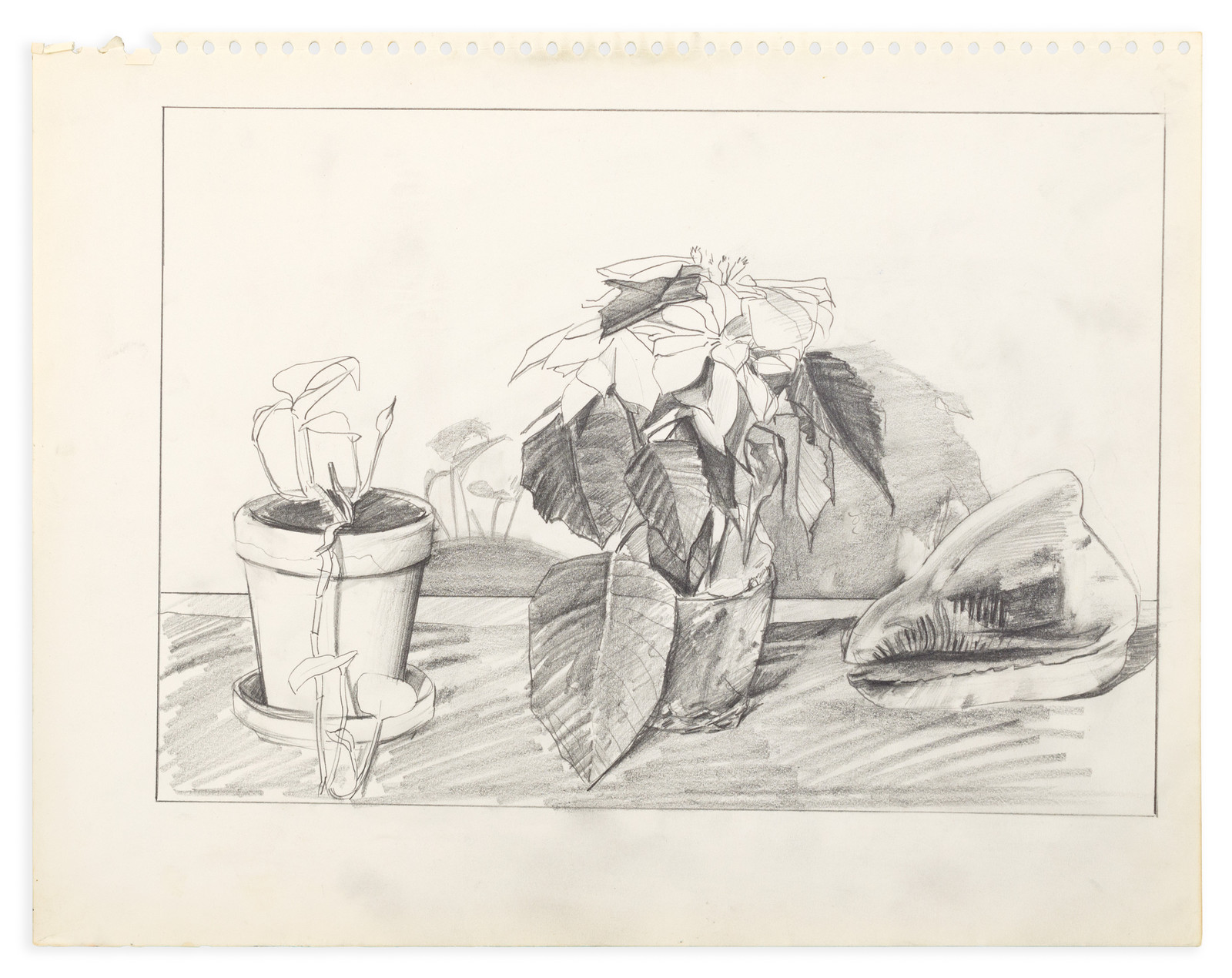 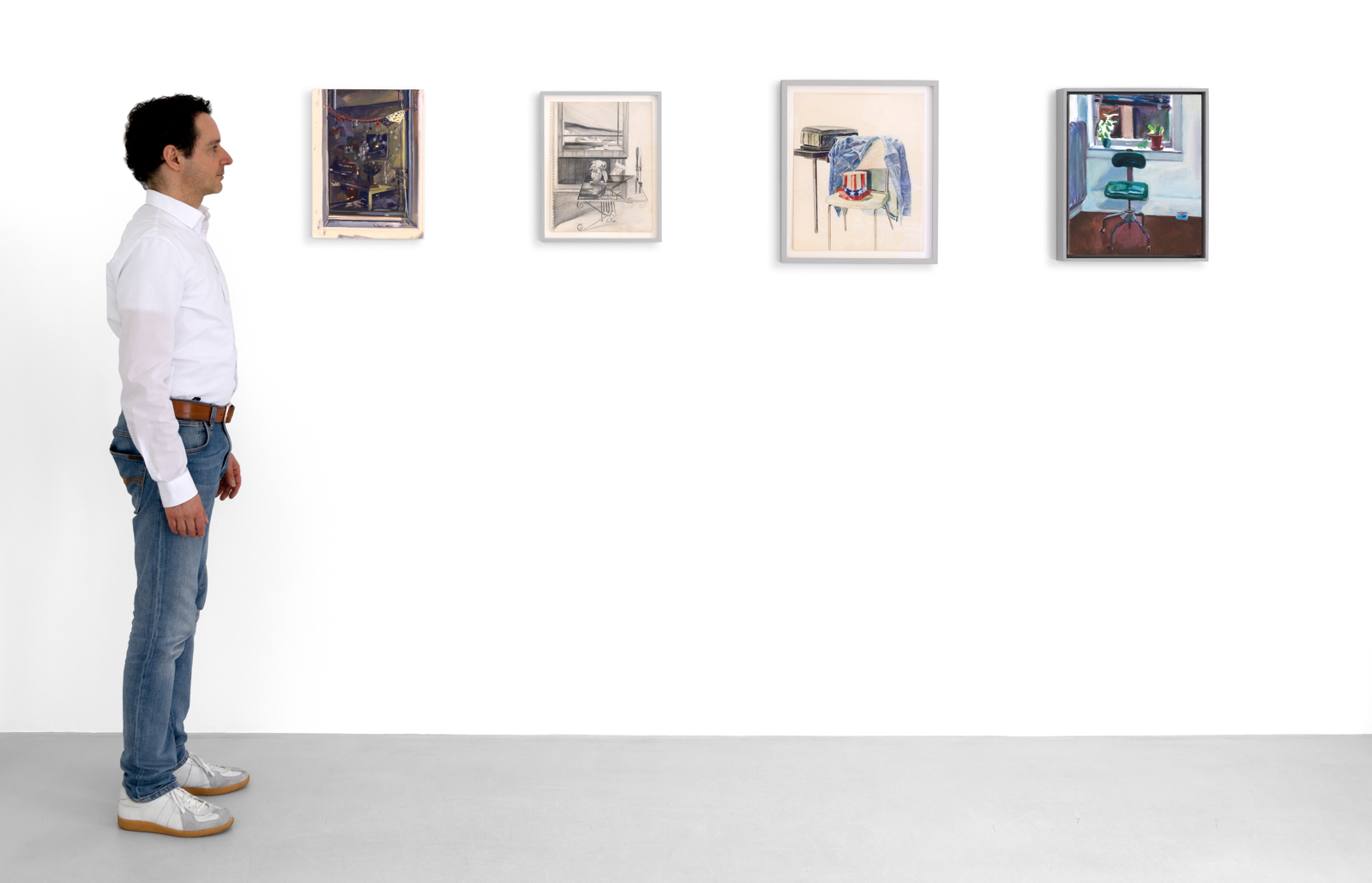 Canadian artist Keiran Brennan Hinton ( b. 1992 in Toronto, CA ) captures interiors in specific daytime and lighting conditions in his paintings. In doing so, his often small-scale works depict the atmosphere of the space as well as its inhabitants, inviting the viewer to linger and explore. Alongside plaid shirts and laundry baskets, cats and bouquets of flowers, we catch small glimpses of the habits and characteristics of the inhabitants. 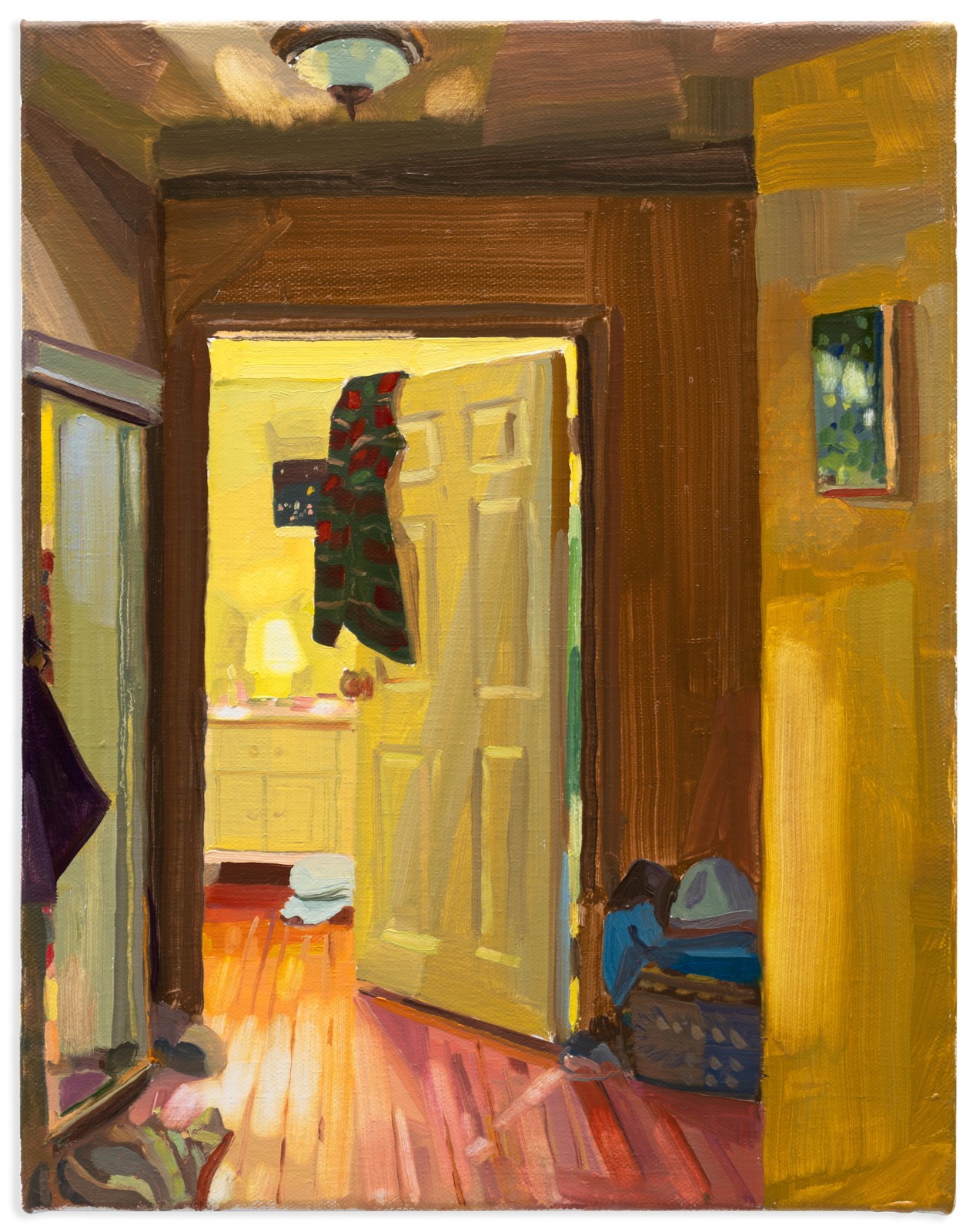 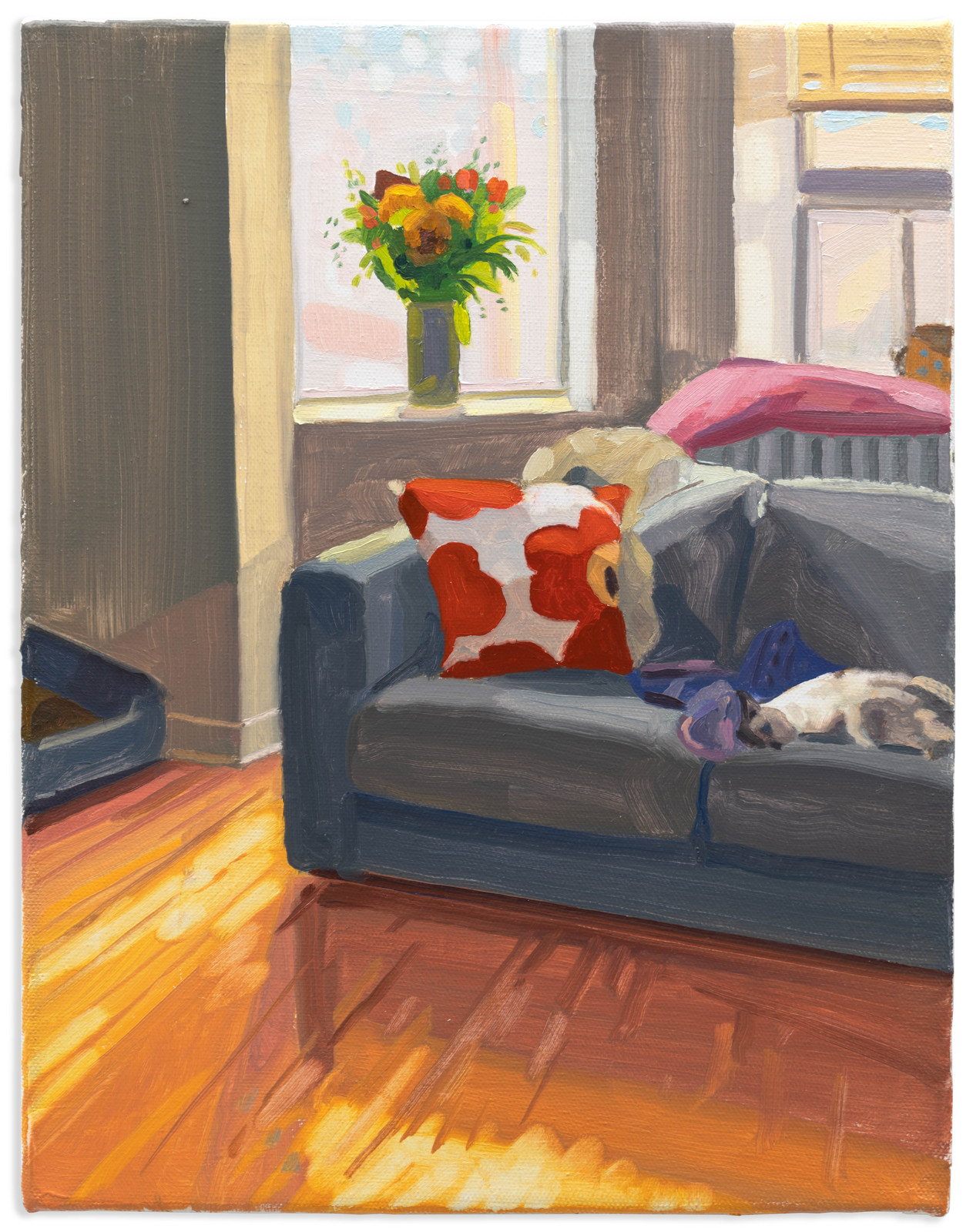 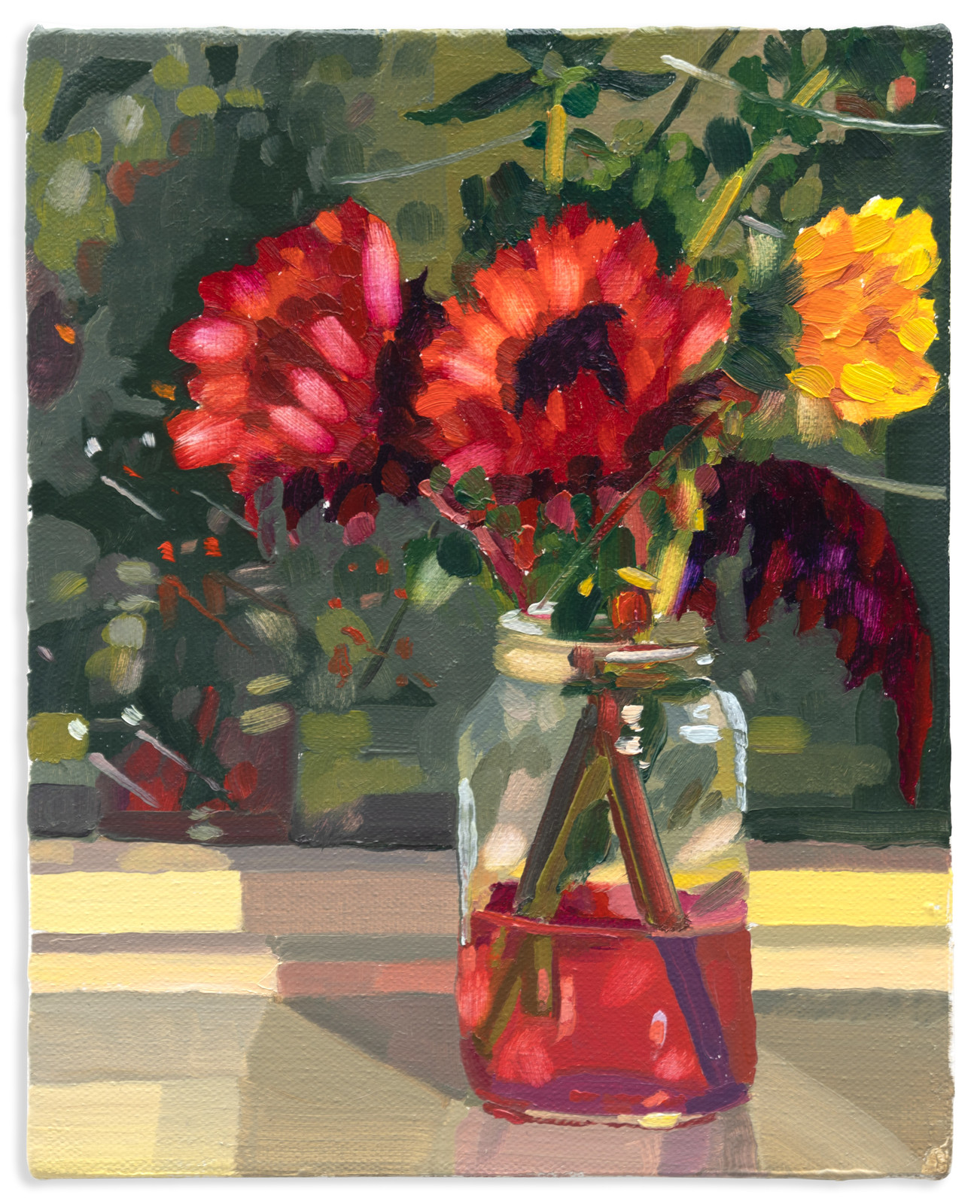 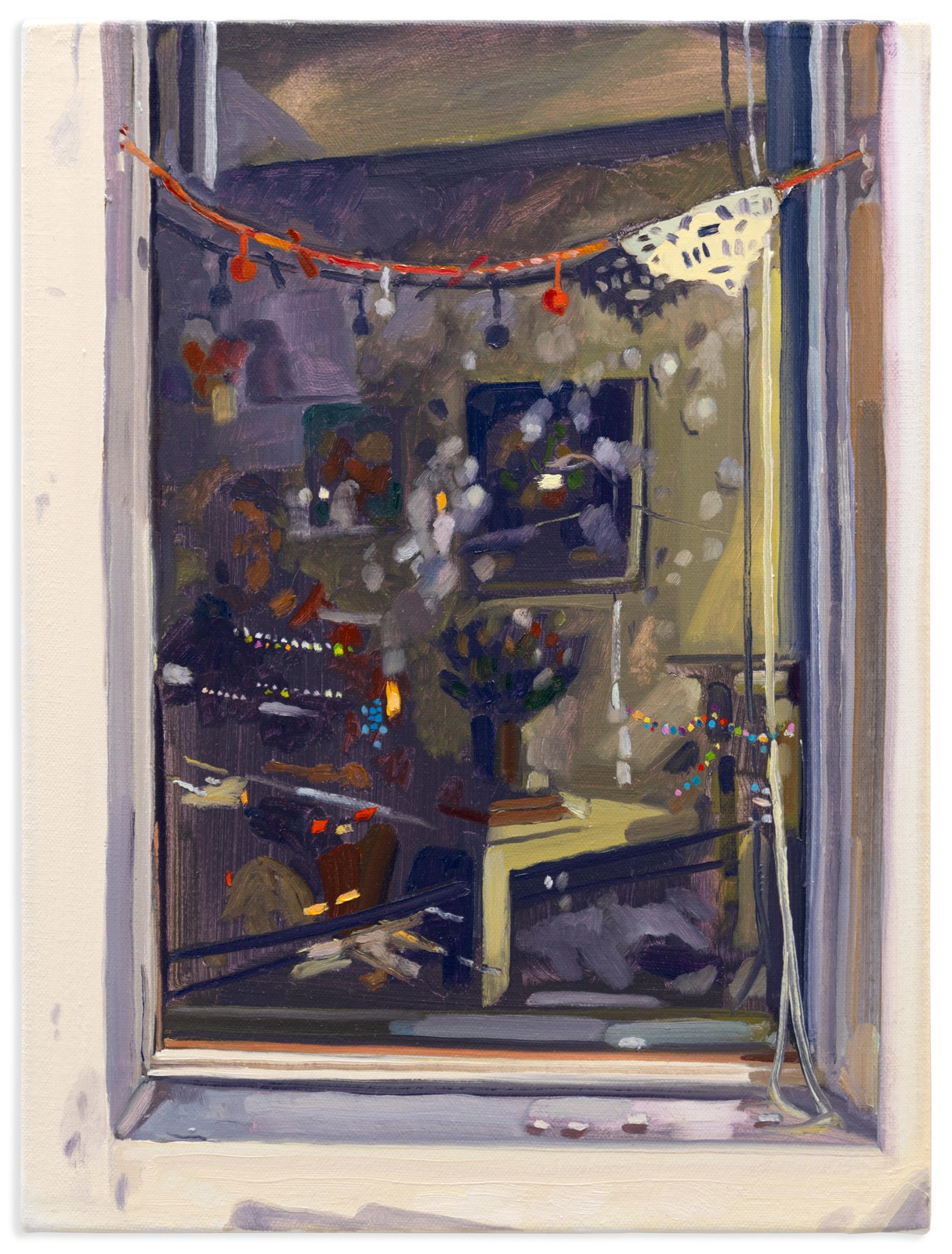 The artist also captures specific moments in time, as in "Night Window, December 15th", where we look at a street from the window. Fairy lights, snowflakes, and cars are reflected in the window glass overlapping with the reflection of the room with the outline of a figure. In intimate everyday documentations, we as viewers get an impression of the individual, an indirect portrait, which is conveyed to us through the depiction of the interior. From Jul 2 to Jul 31, 2021, we show Keiran Brennan Hinton for the first time in a solo exhibition. 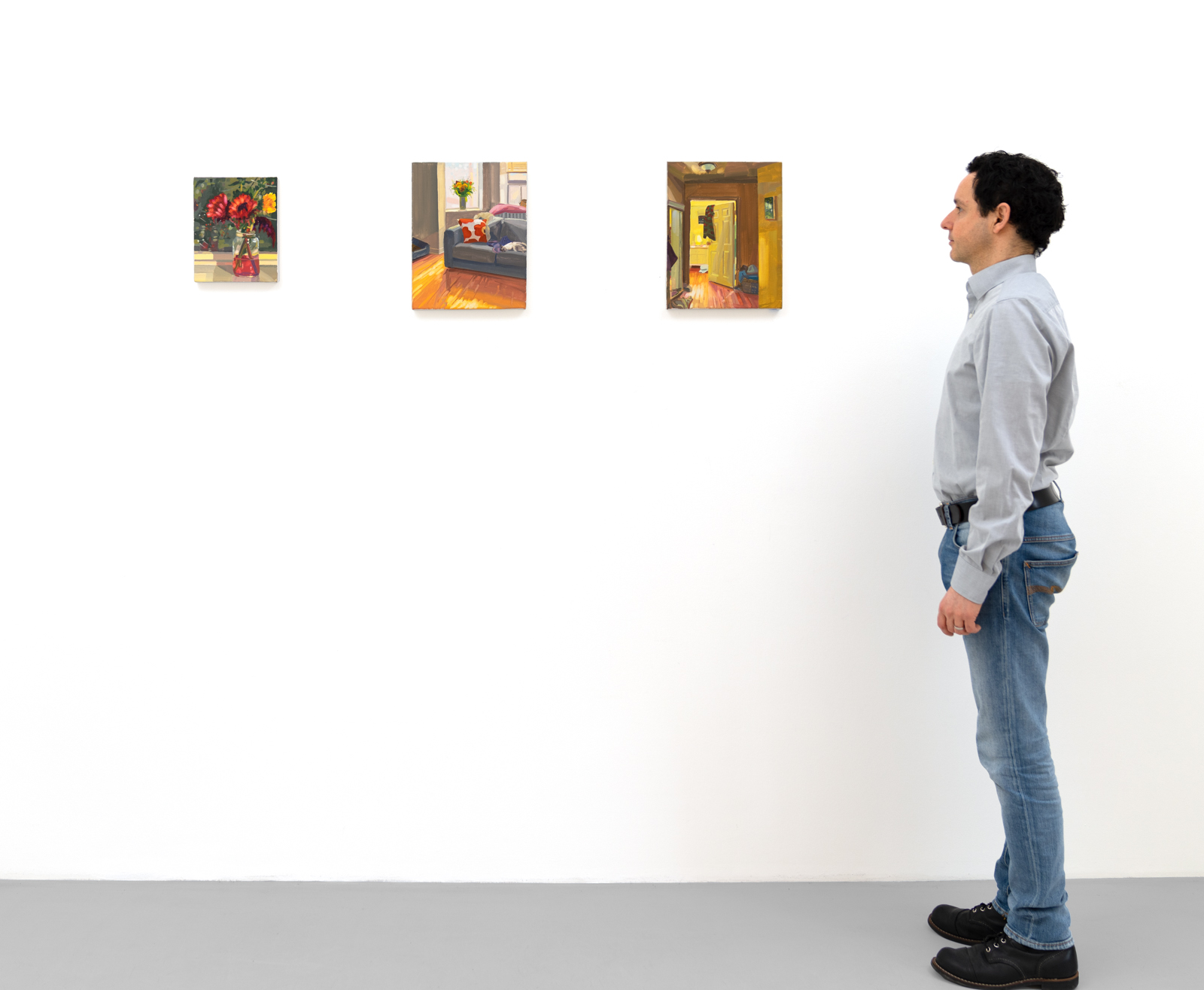 *The price includes the 19% German VAT.
**German VAT is not valid for shipping outside the European Union. There might be taxes / customs fees of your country instead.