Rainer Fetting (born 1949 in Wilhelmshaven, DE) studied from 1972 to 1978 at the Hochschule für Künste in Berlin with Prof. Hans Jaenisch.

He is one of the protagonists of the Berlin group of artists known as the "Junge Wilden", who at the end of the 1970s and beginning of the 1980s consciously turned to figurative, expressive, and color-intensive painting and thus opposed the abstract and conceptual tendencies prevailing in art at the time.

Among other things, Fetting's art was influenced by his encounters with the works of various artists of the New York School. For his expressive approach to figurative motifs, Fetting makes use of artistic principles such as Willem De Kooning's expressive painterly gestures or Jackson Pollock's famous color drippings. Although Fetting does not concentrate purely on the effect of color in his works, like Mark Rothko's famous color field paintings, he too often plays in his compositions with the conveyed emotionality of the chosen color palette. While in the 1980s and early 1990s his two residences in Berlin and New York inspired his motifs, Fetting gave up his New York residence in the mid-1990s and now commutes between the German capital and the island of Sylt. There, he is particularly drawn to the landscape, which he captures with his expressive brushwork and sense of color.

Rainer Fetting was shown in the 1981 exhibition "New Spirit in Painting" at the Royal Academy of Arts in London, organized by Norman Rosenthal and Christos M. Joachimides, and participated in the 1982 Zeitgeist exhibition at the Martin-Gropius-Bau in Berlin. In recent years, works by him have been exhibited in "Rainer Fetting ziet van Gogh" at Van Gogh Huis in Zundert, NL, in 2022, as well as in "Rainer Fetting“ at Dortmunder U, Museum Ostwall in Dortmund, in 2021, and in "Rainer Fetting. Here are the lemons“ at Museum für Kunst und Kulturgeschichte Schloss Gottdorf in Schleswig in 2020, among others. Works by Rainer Fetting are in public and private collections, such as Städel Museum in Frankfurt am Main, Hamburger Bahnhof in Berlin, and Würth Collection in Künzelsau. The majority of the German public is probably familiar with the bronze sculpture of Willy Brandt at the SPD headquarters, which the artist created as a commissioned work in the mid-1990s. 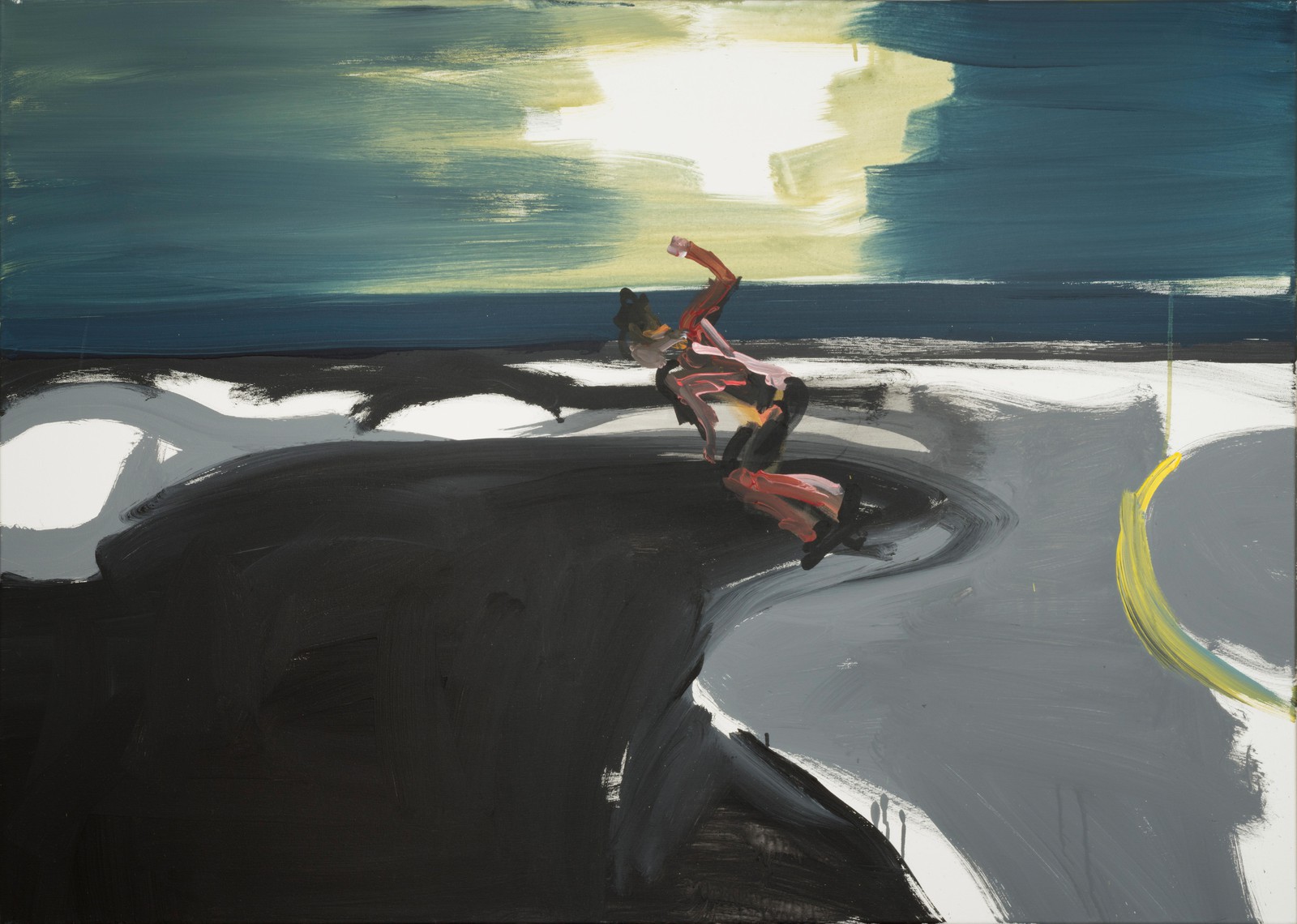