Mona Ardeleanu ( born 1984 in Lörrach, DE ) studied at the Akademie der Bildenden Künste in Stuttgart under Alexander Roob and during guest semesters under Karin Kneffel, Daniel Richter and Franz Ackermann. She lives and works in Stuttgart.

Mona Ardeleanu creates imaginative fabric and ornamental objects with oil paint on her canvases, which evoke familiar associations in the beholder, but are always free inventions of the artist. The "bodies" — as Ardeleanu herself calls them — are composed of different, painted elements such as folded and patterned textiles, porcelain, threads or hair. Ardeleanu gives the surfaces of the depicted fabrics a realistic look. The artist creates the illusion of object-like three-dimensionality through the refined folds, which, on closer inspection, are constructed against all logic. The Kunstmuseum Stuttgart dedicated her a first solo exhibition in 2013. Since then among others a solo exhibition at the Kunsthalle Nürnberg ( 2017 ) at the end of the Marianne-Defet painting scholarship and and a group exhibition at the Museum Marta Herford ( 2018 ) have followed. From February to May 2020, the Deichtorhallen Hamburg show works by Mona Ardeleanu in the large museum group exhibition "Now! Young Painting in Germany", which has already been shown in the Kunstmuseum Bonn, Museum Wiesbaden and the Kunstsammlungen Chemnitz - Museum Gunzenhauser. 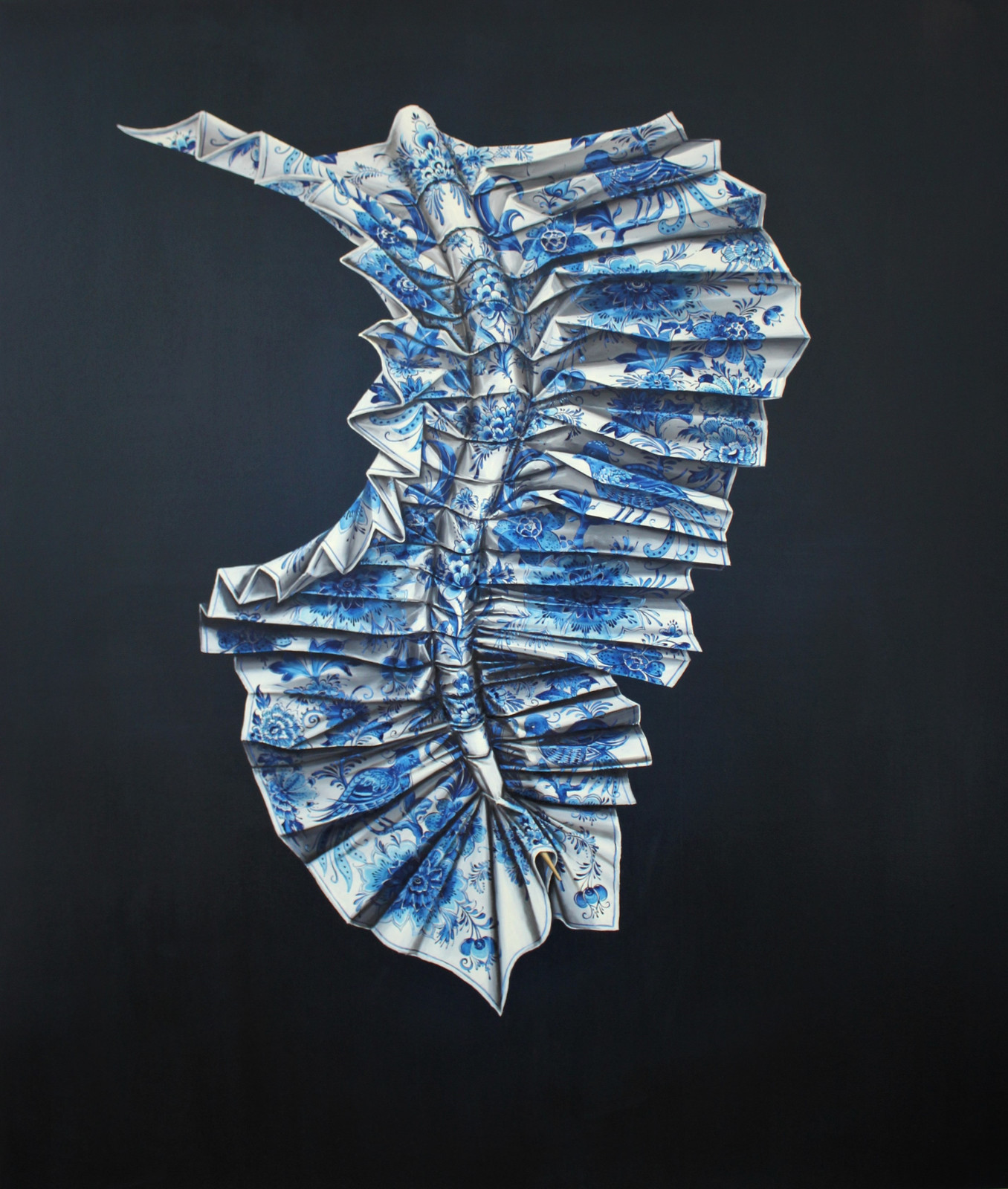