Since his move to Germany, Yongchul Kim has been exploring the questions of people's existence and one's own identity in his work. These issues concern him especially due to his position as a "foreigner" or "stranger" in Germany. The theme of the "wanderer" becomes the leitmotif of Yongchul Kim's works. His figures thus embark on a search for the reality that exists beyond subjective perception.

The work "Wanderer" ( 120 x 140 cm ) is also based on this concept, in which a group of figures consisting of two men and a woman lean on each other and move in the water. The lower figure is already gliding into the water, while the other male figure has only stepped in with one foot, still holding the female figure in his arm. Already in his earlier works, water has been a recurring symbol. The water reflects the actual reality and thus becomes a barrier behind which the figures can perceive the real self without subjective influences. The artist transfers the romanticized character of the melancholic wanderer, who wanders around in search of the real self, to his figures. However, he interrupts this melancholic mood with his intense coloring and dramatic use of light and shadow.

In contrast to the moving wanderer, the figure in "Wanderer" ( 140 x 120 cm ) stagnates. A corpulent man sits on a rocking horse in a gray room. Behind the gray wall, a green wallpaper becomes visible, which is embossed with a floral pattern. A wind blows from the left, which moves in orange-red gusts over the picture and contributes to the illusion of departure. The horse, commonly a symbol of travel and movement, cannot move itself and its rider forward. Just like the wallpaper and the room, the horse is artificially created and does not reflect reality. The figure makes no attempt to leave this artificial space in order to search for the real. Rather, the figure is satisfied by the appearance of reality without actually seeing it. It is possible for the viewer to see the reality of the figure, which perceives itself as a wanderer, although it is in an absolute standstill and trapped in an artificial space. In the depiction of the figure, the technique of Yongchul Kim's expressive brushstroke can be seen. His brushstrokes wrap themselves around the figure's transparent body like scraps of skin, pointing to its transience.

This new interpretation of the "Vanitas" symbol becomes an integral part of Yongchul Kim's floral representations. Kim himself does not want to paint the "beautiful" things, since beauty is transient and does not last forever. In "Sunflower" ( 20 x 25 cm ) the flower is depicted with his fluid and almost fleeting brushstroke as he is showing its life in time-lapse. Blossom and decay merge in multi-colored brushstrokes, referring to the transience of things.

The attraction of Yongchul Kim's painting lies partly in its universal character. The search for reality, one's own identity and the existence of man have been on people's minds since ancient times. Hence, the focus of Kim's work is on the figure, whose story creates a mysterious atmosphere. In the often very dark and high-contrast works, water is used as a method that distorts and abstracts the figures, but also reflects the truthfulness of things. In the combination with the dramatic coloring and the expressive brushstroke, Yongchul Kim addresses the existential questions of humanity and the eternal search for reality. 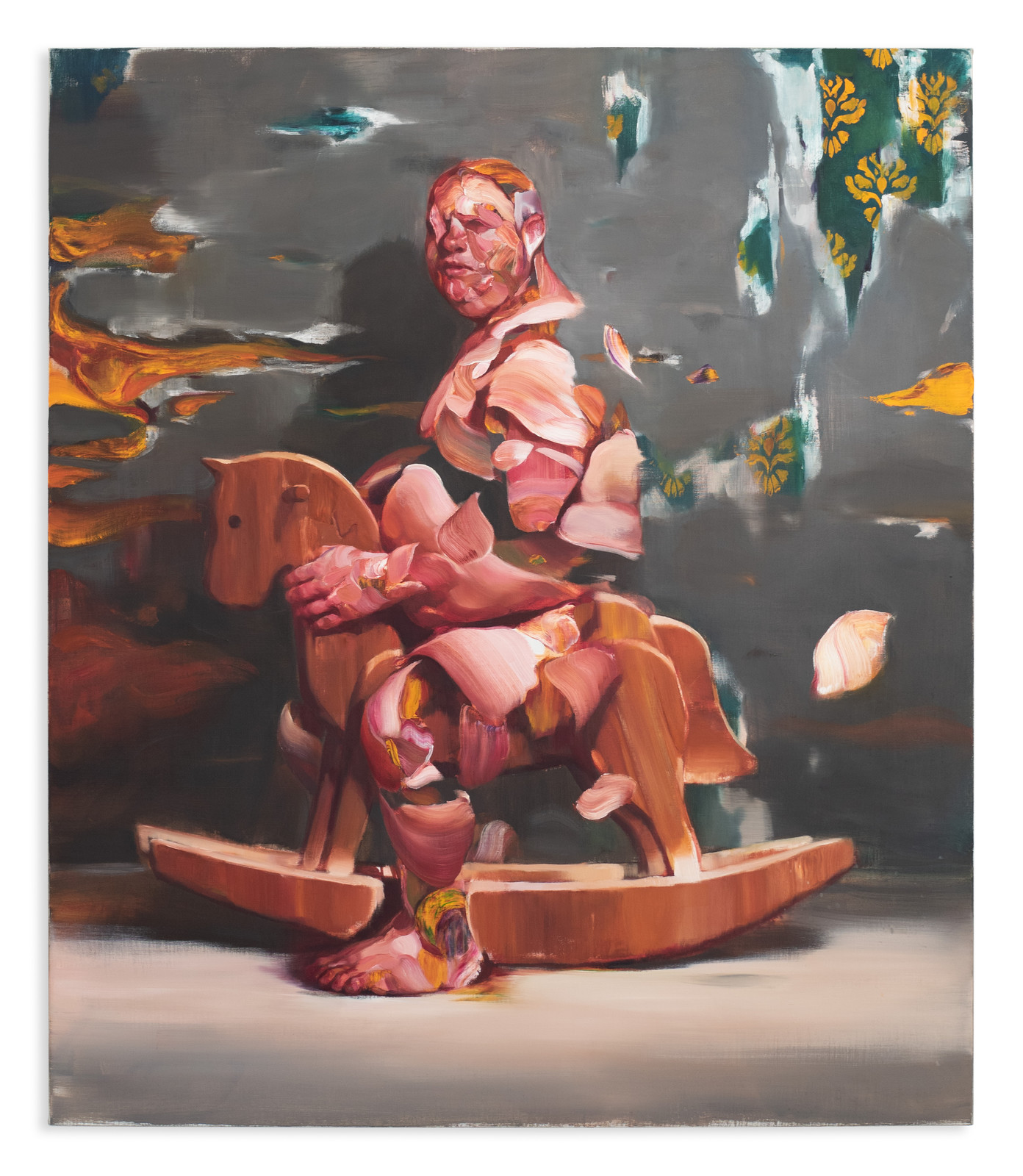 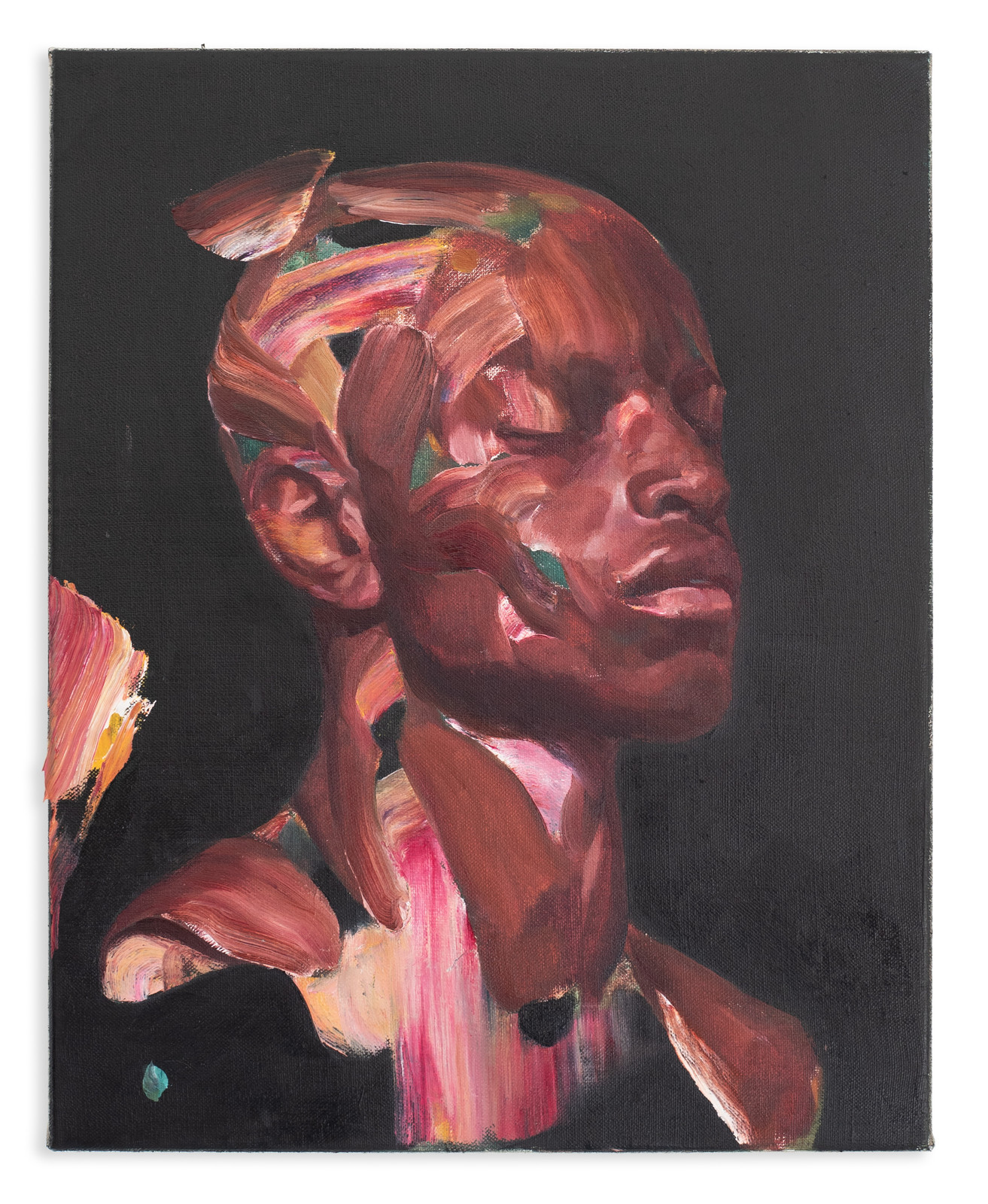 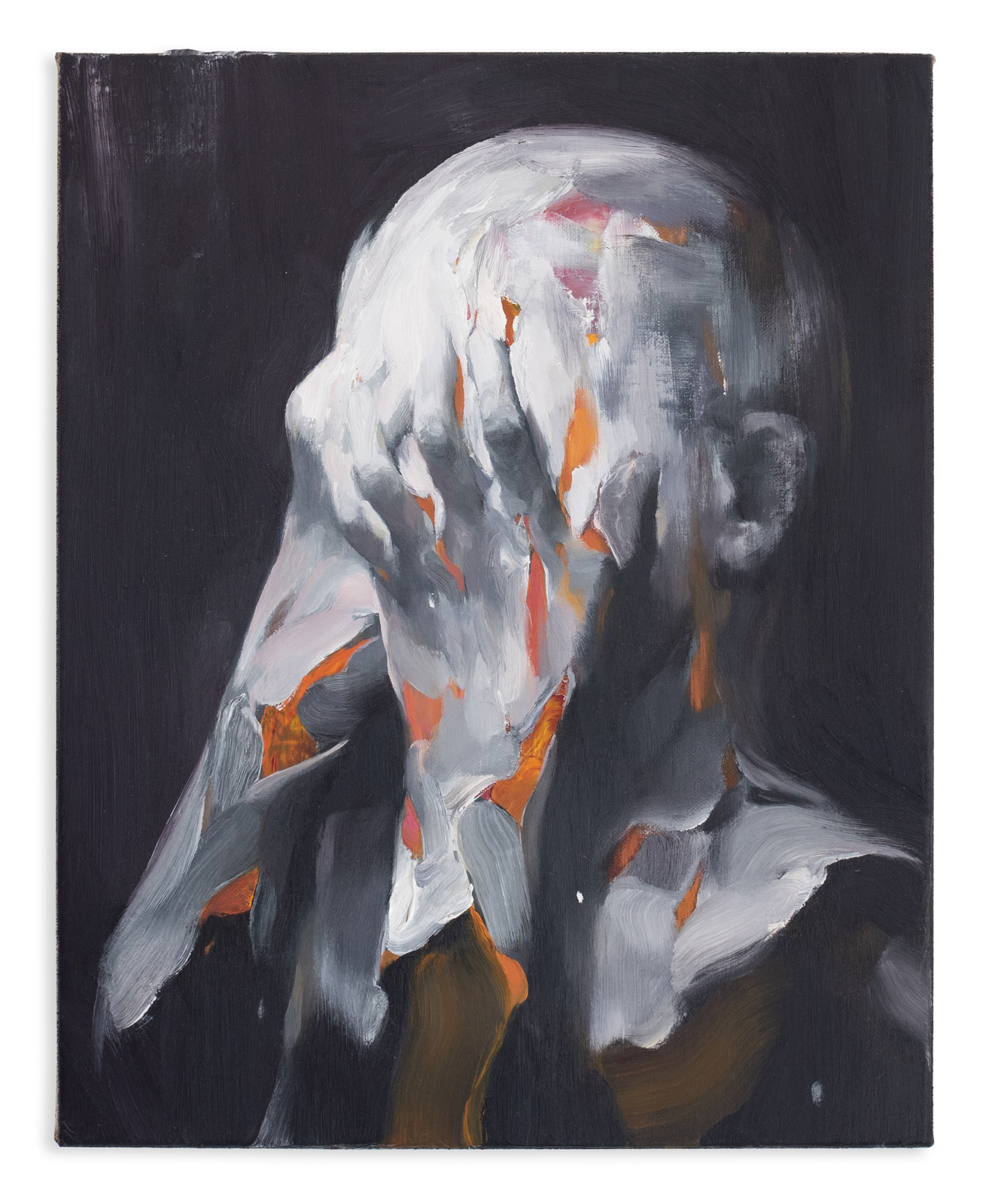 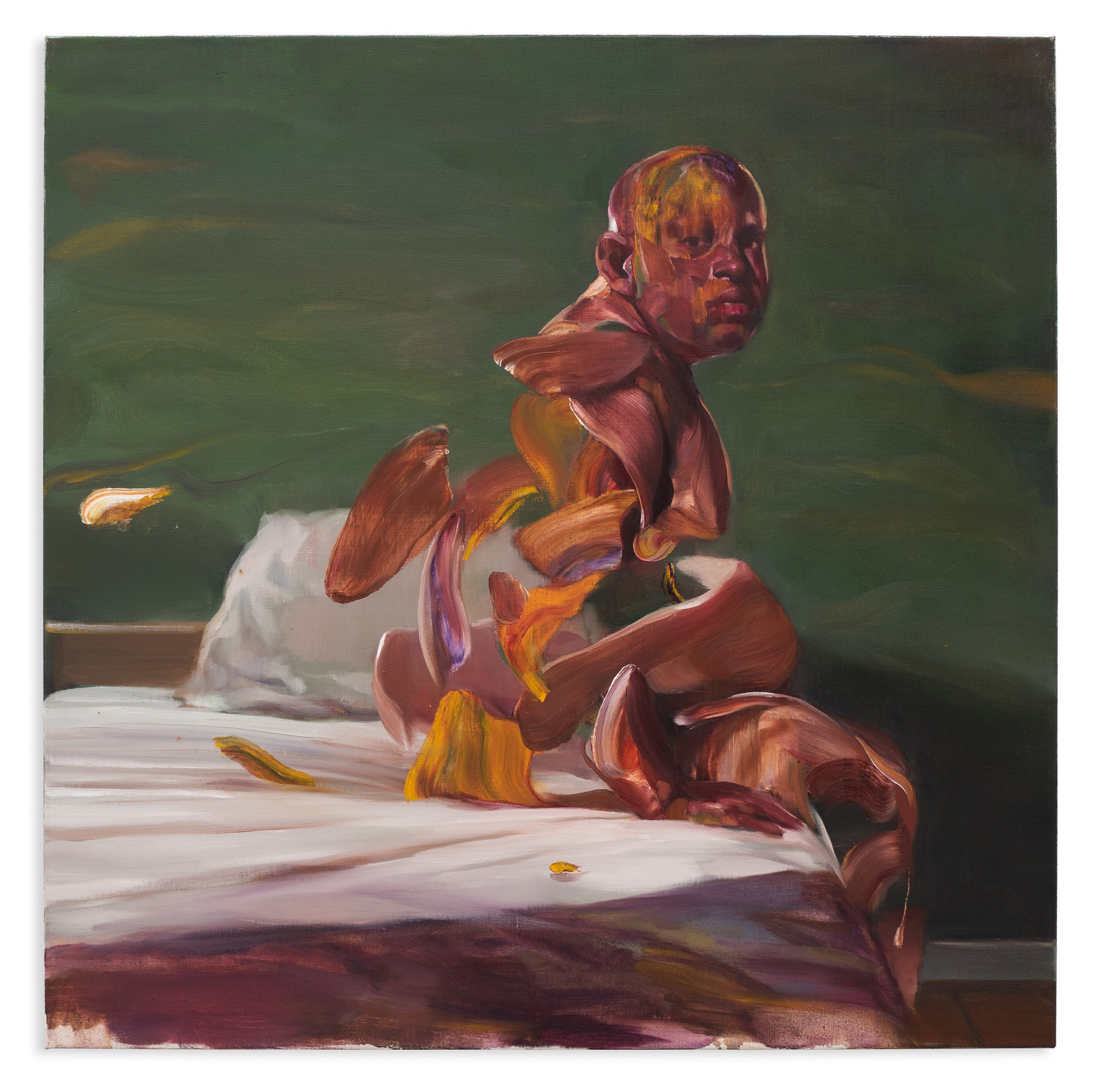 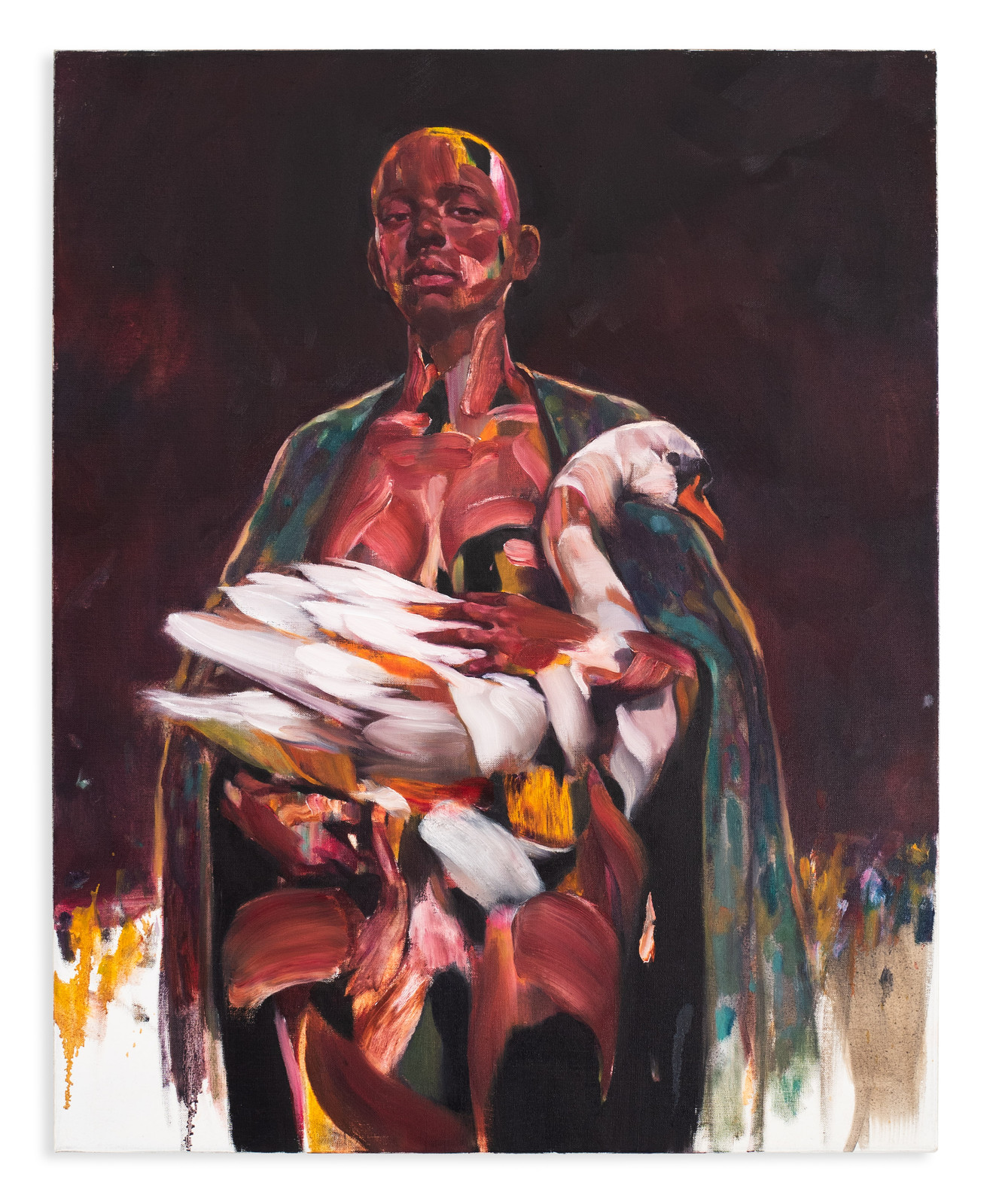 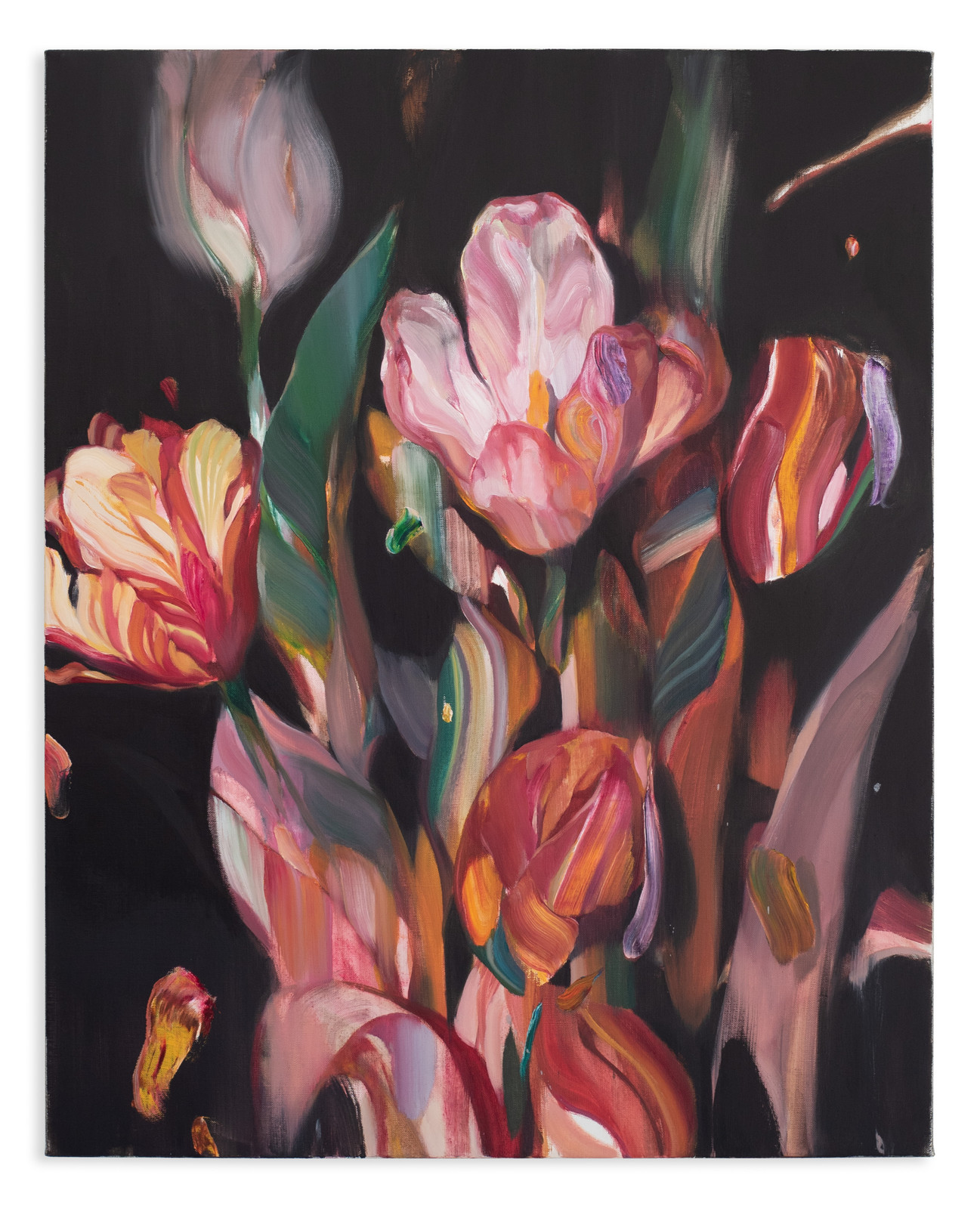 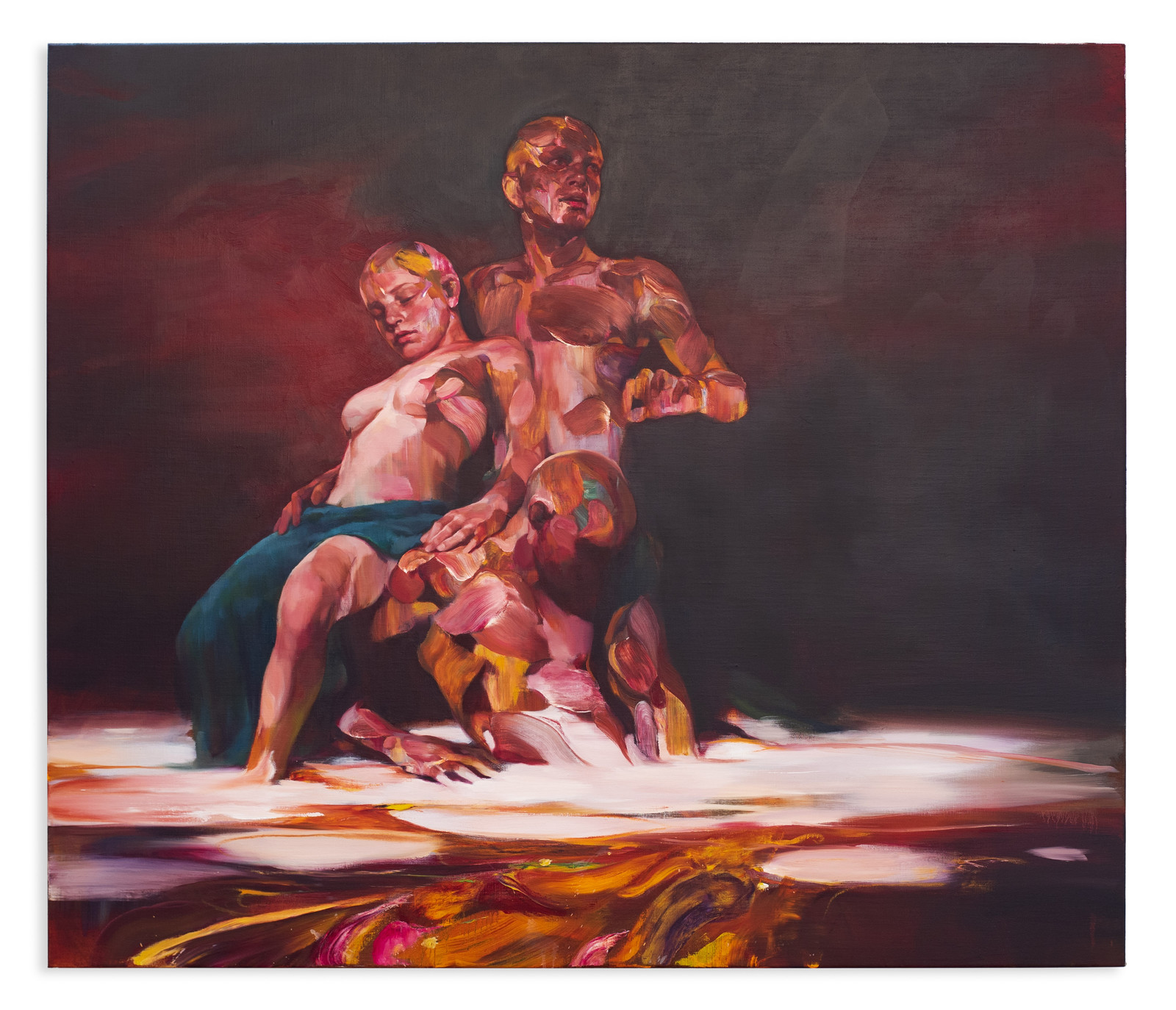 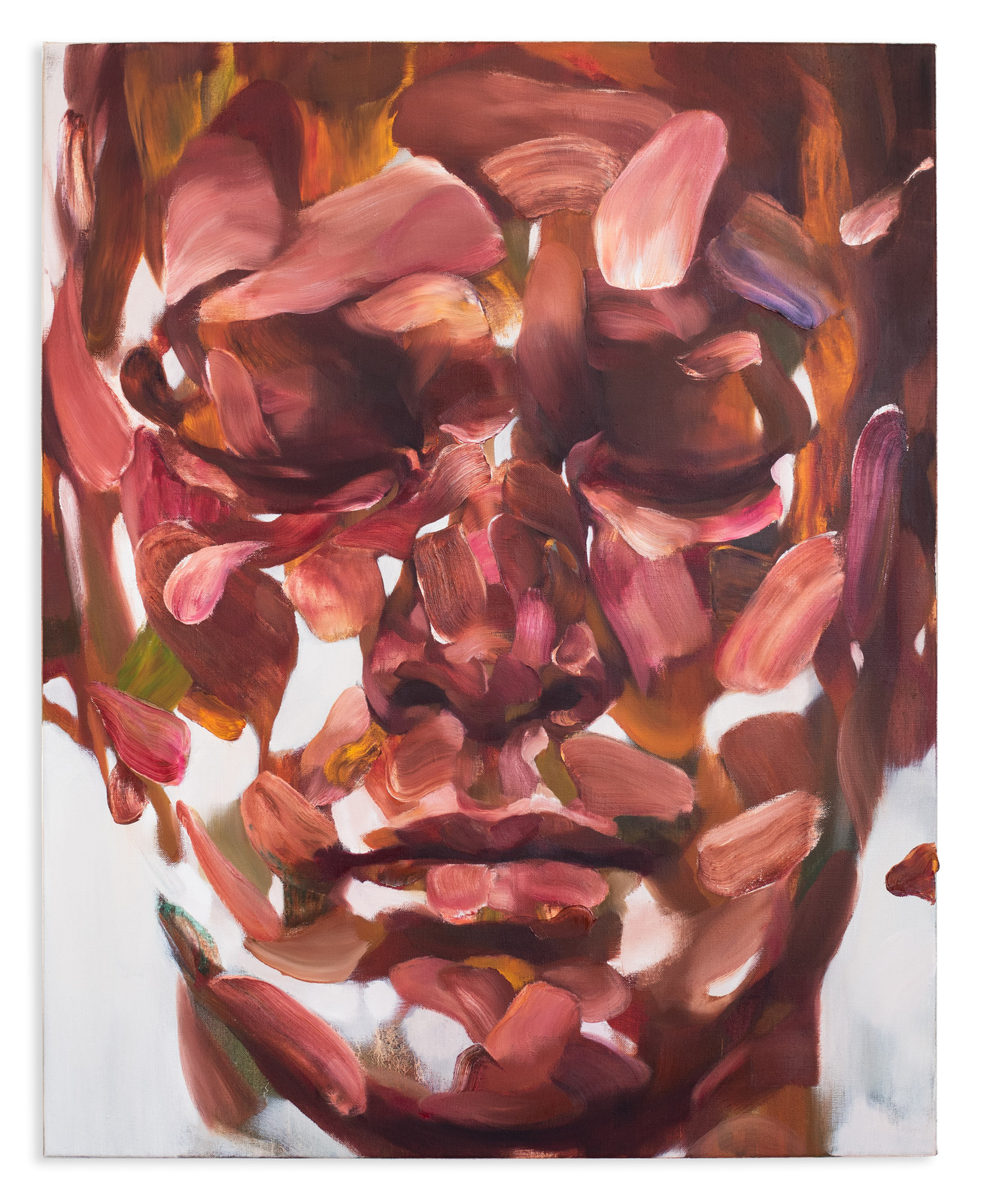 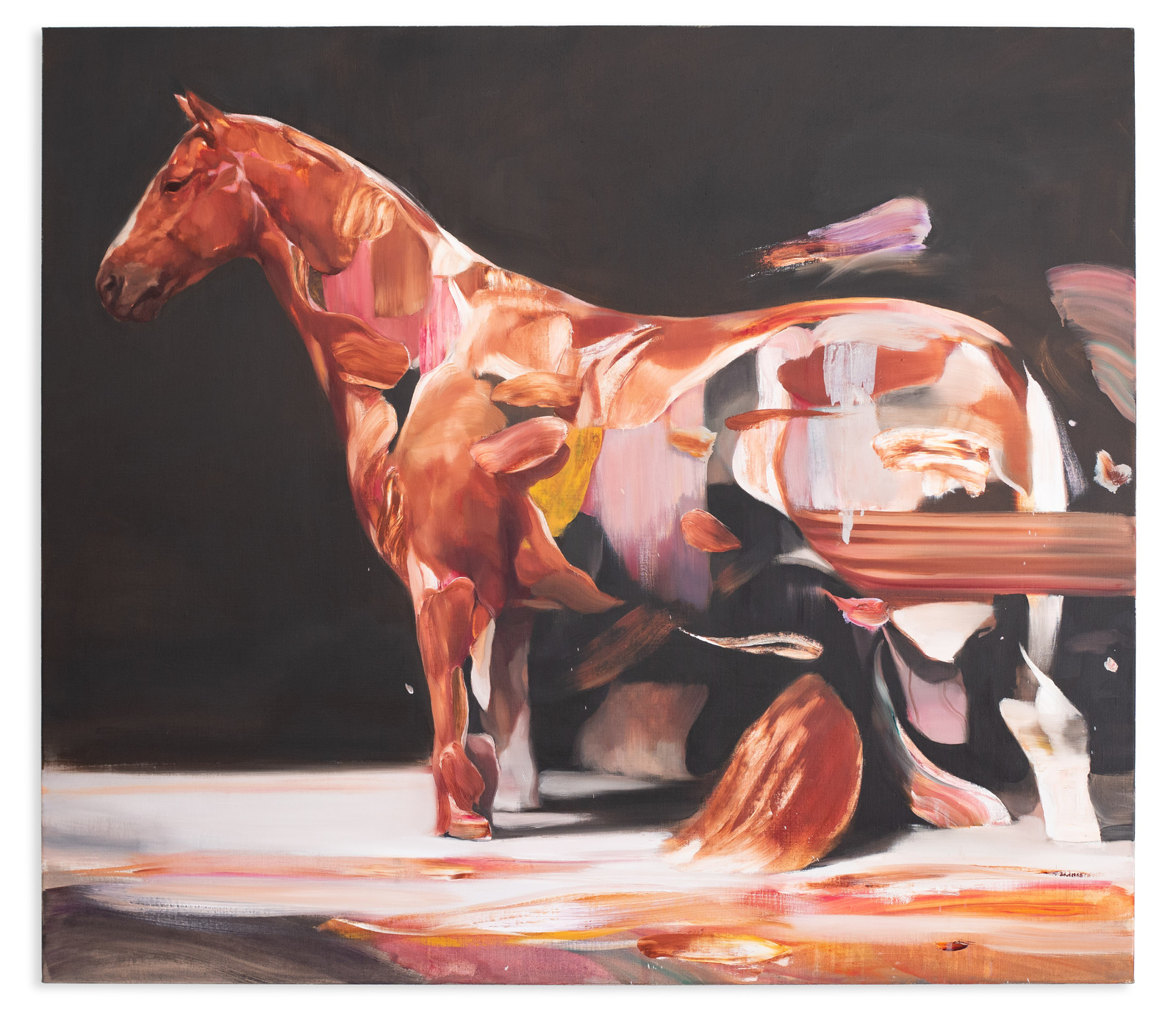 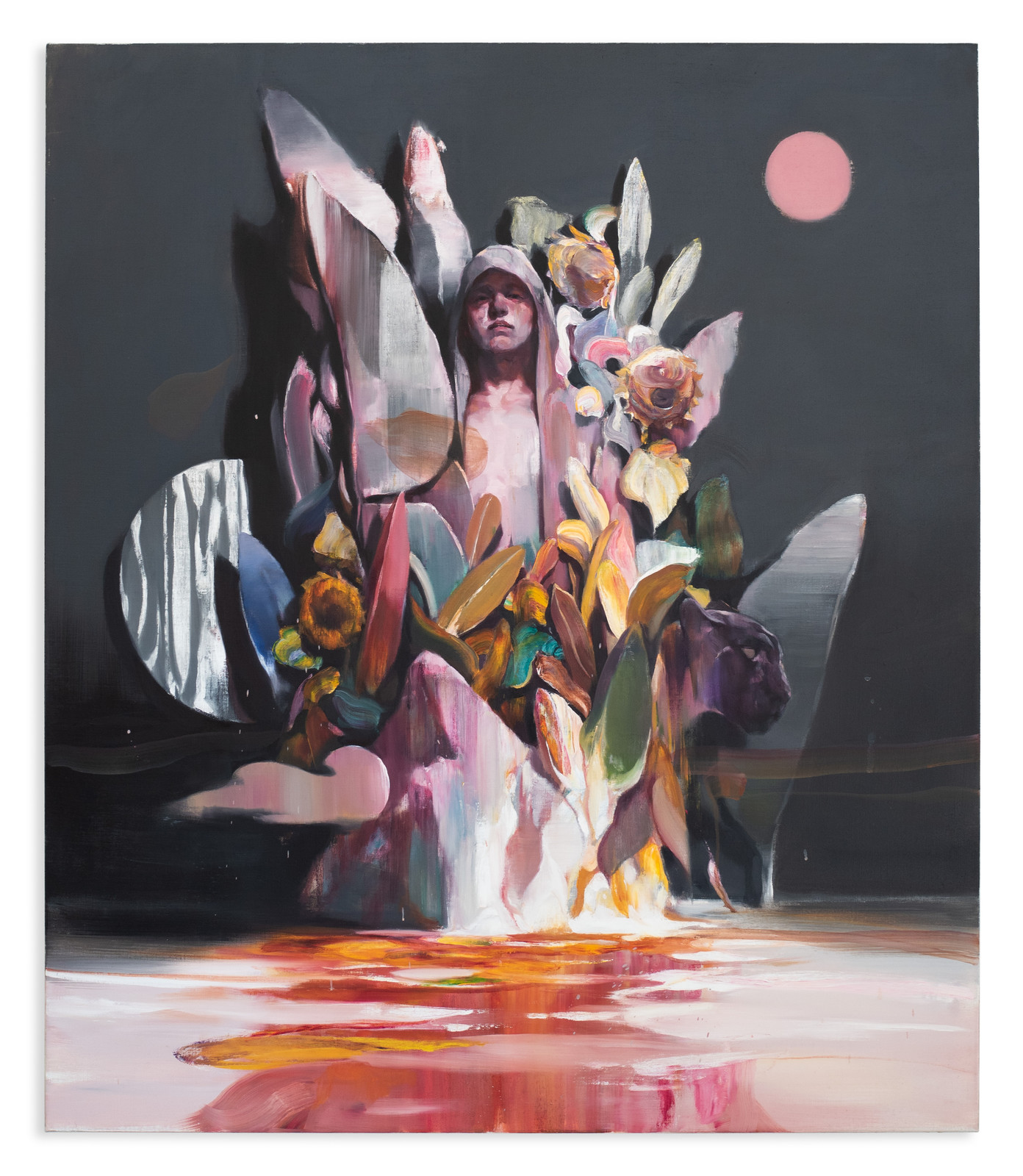 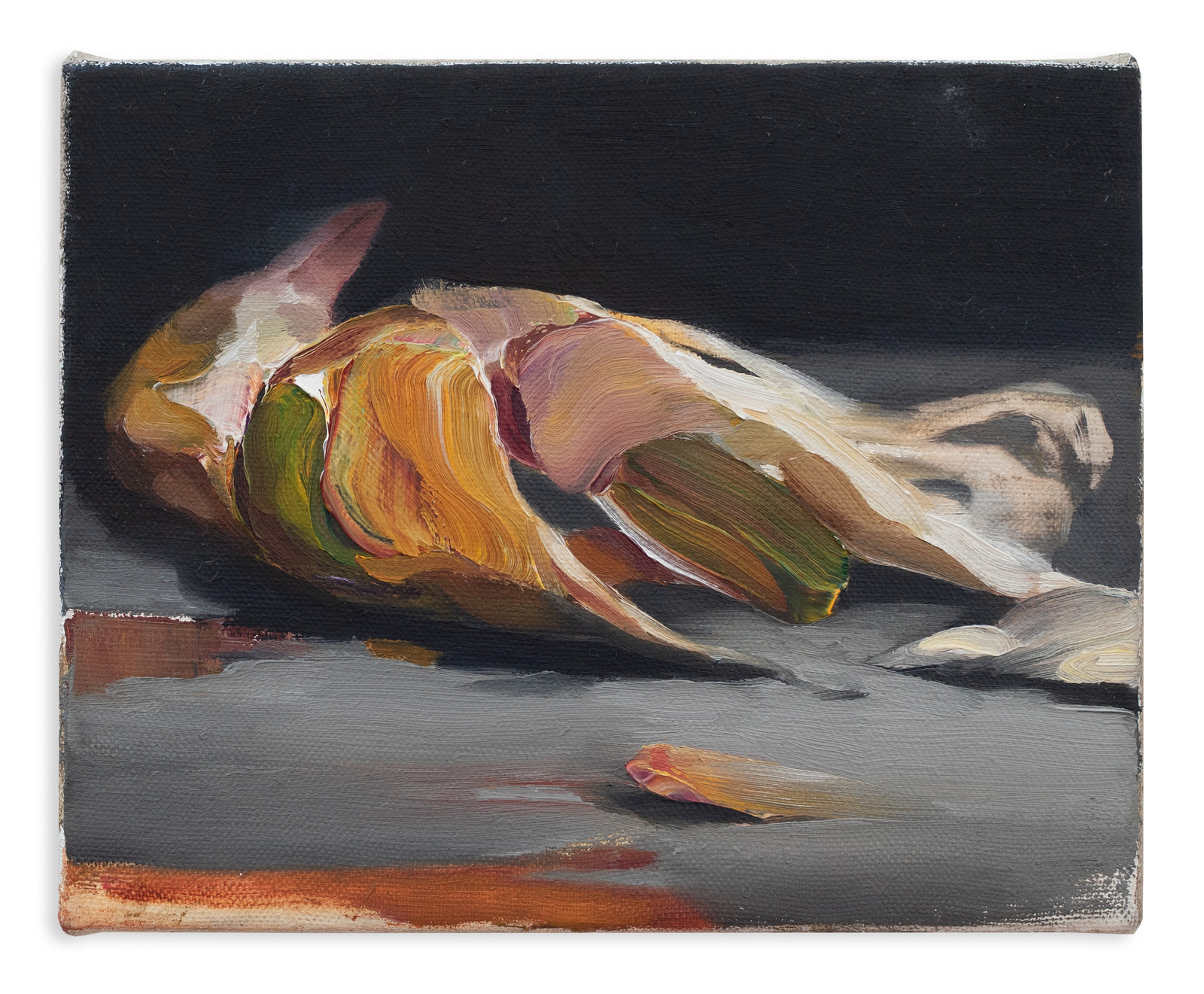 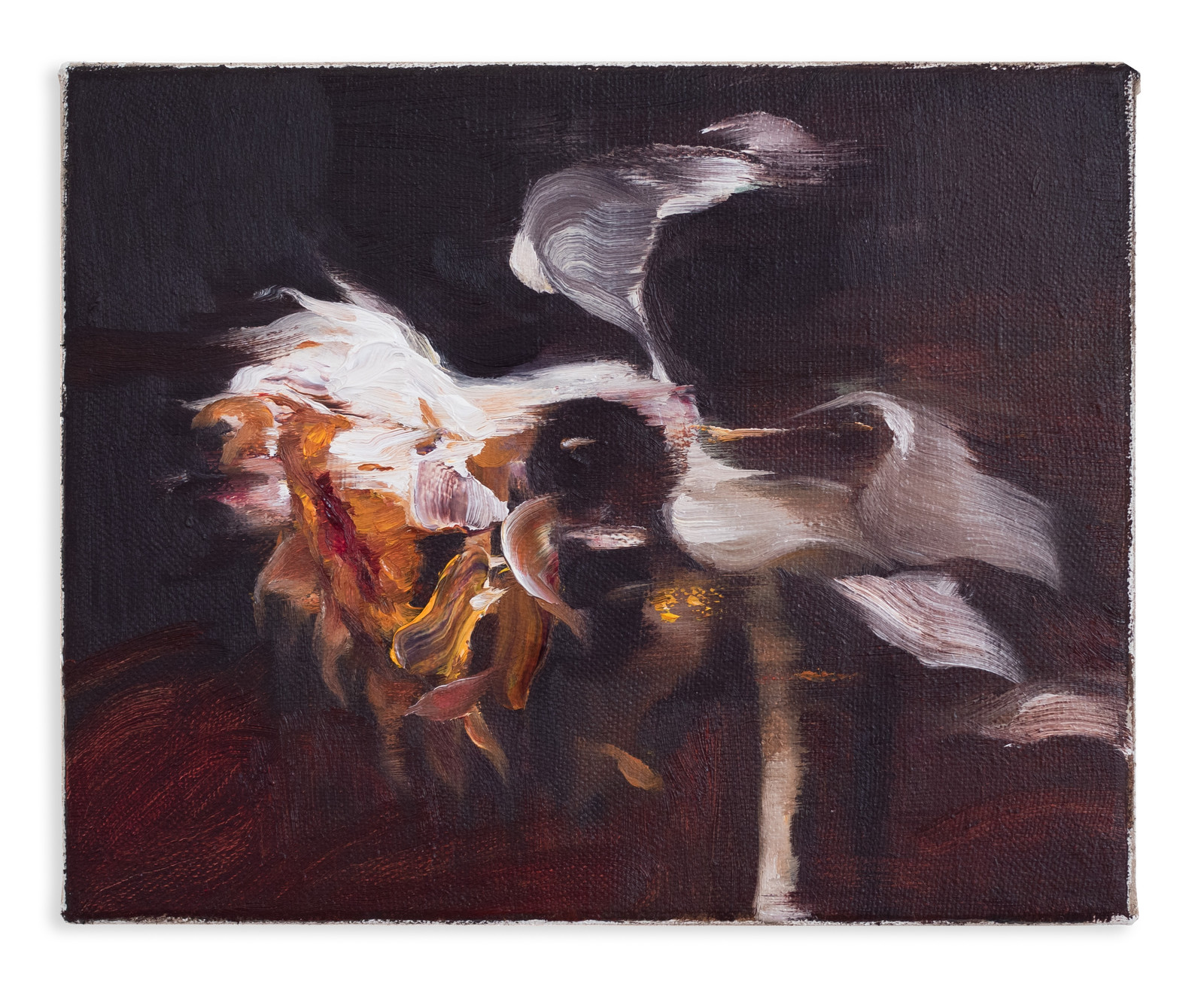 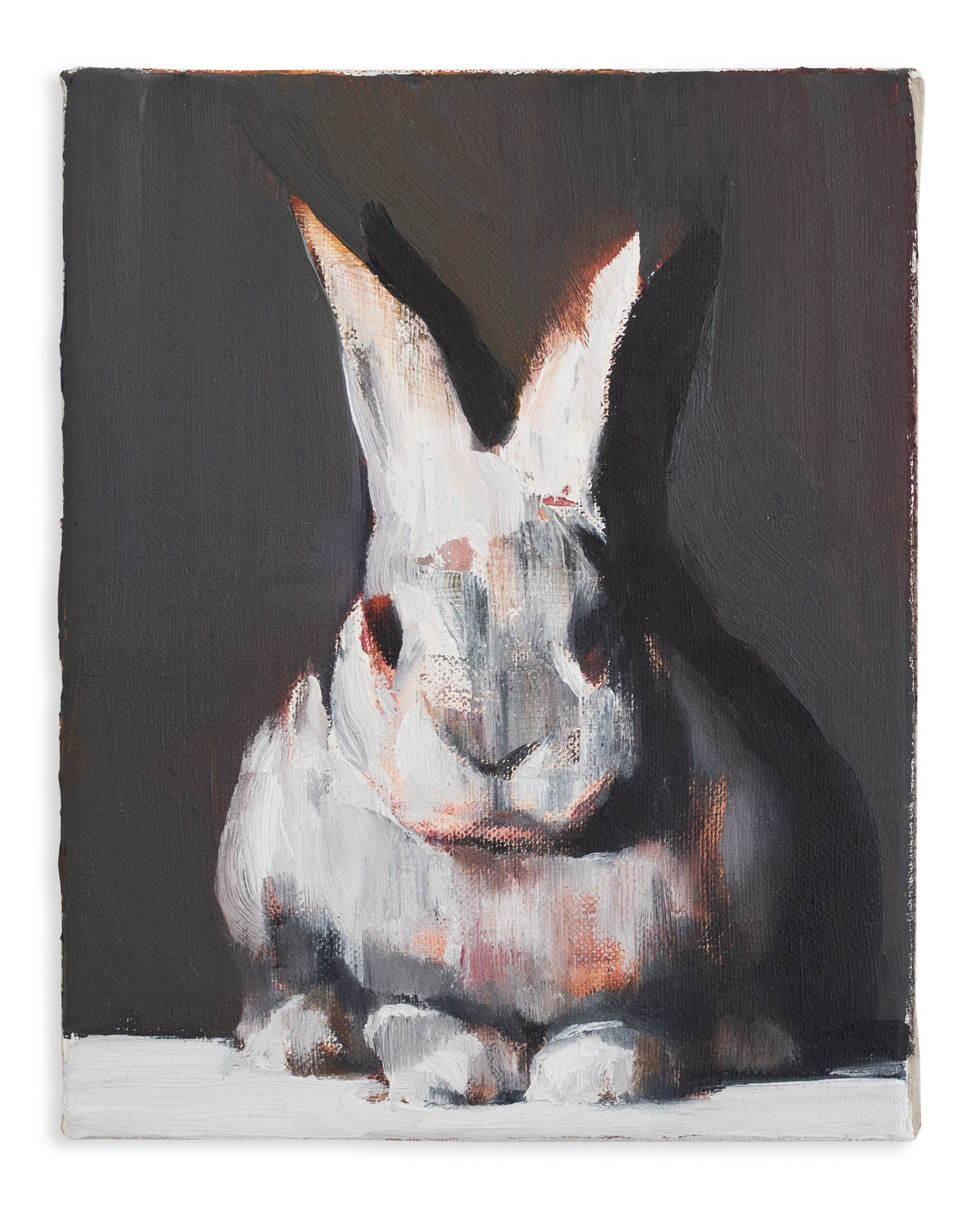 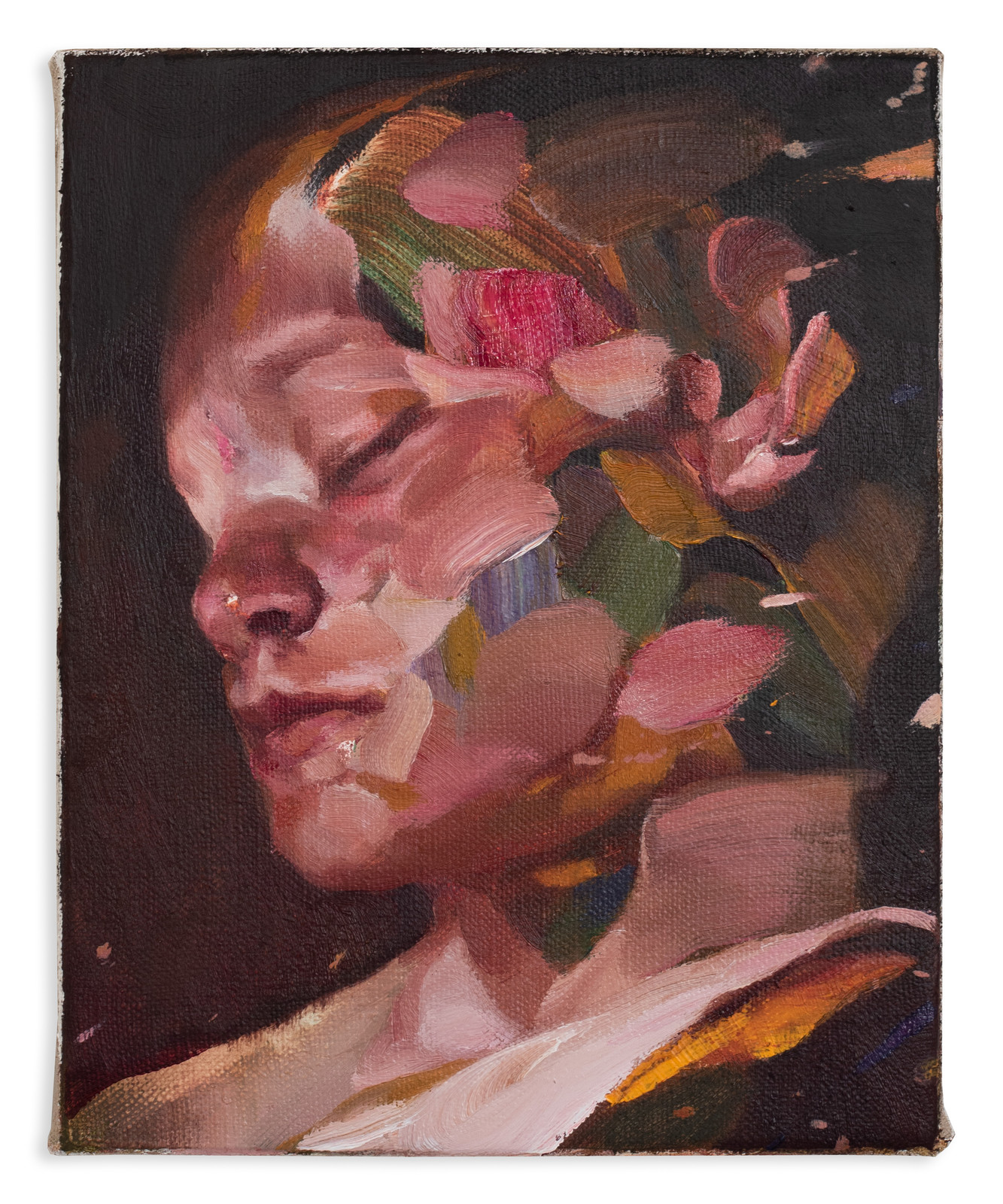 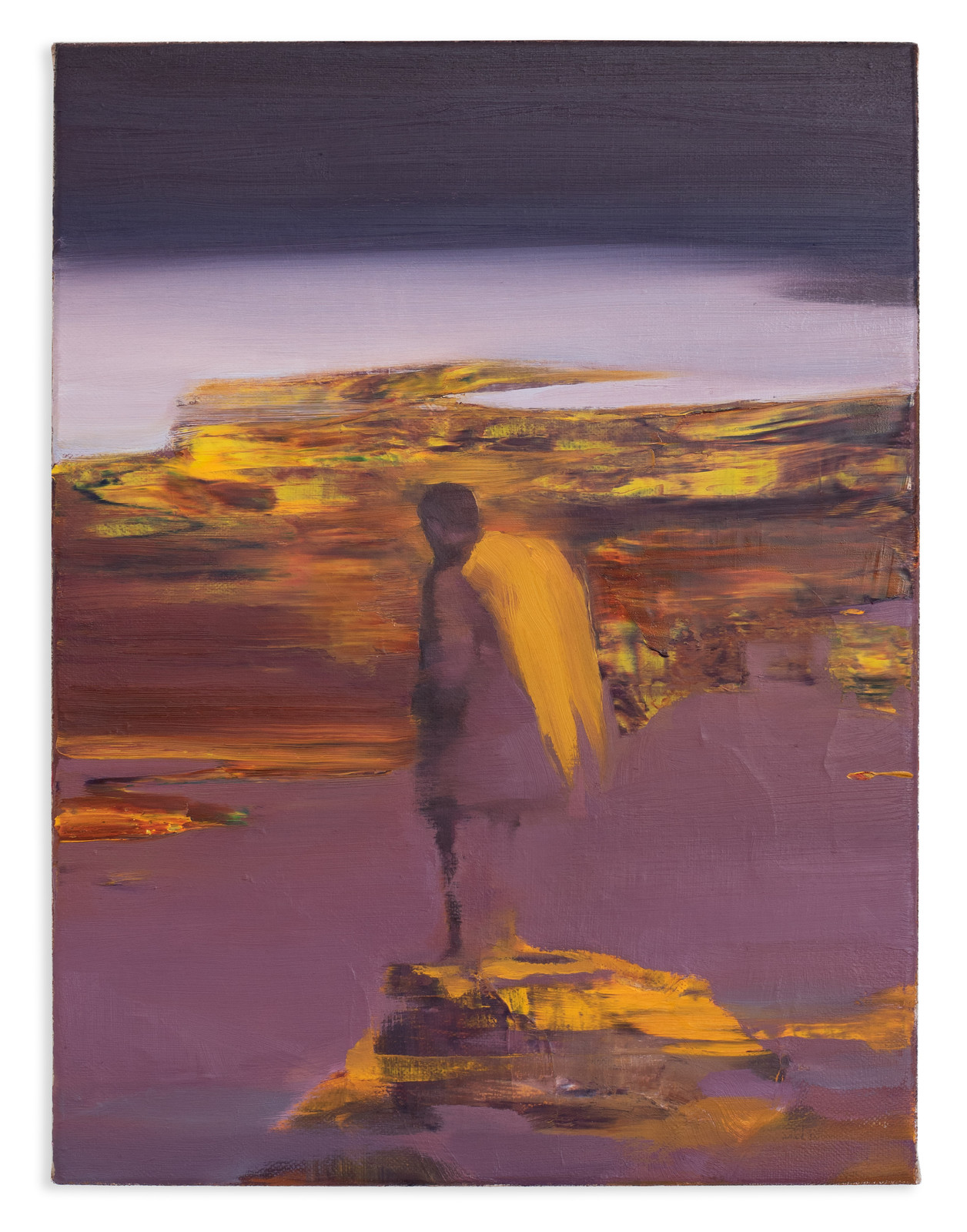 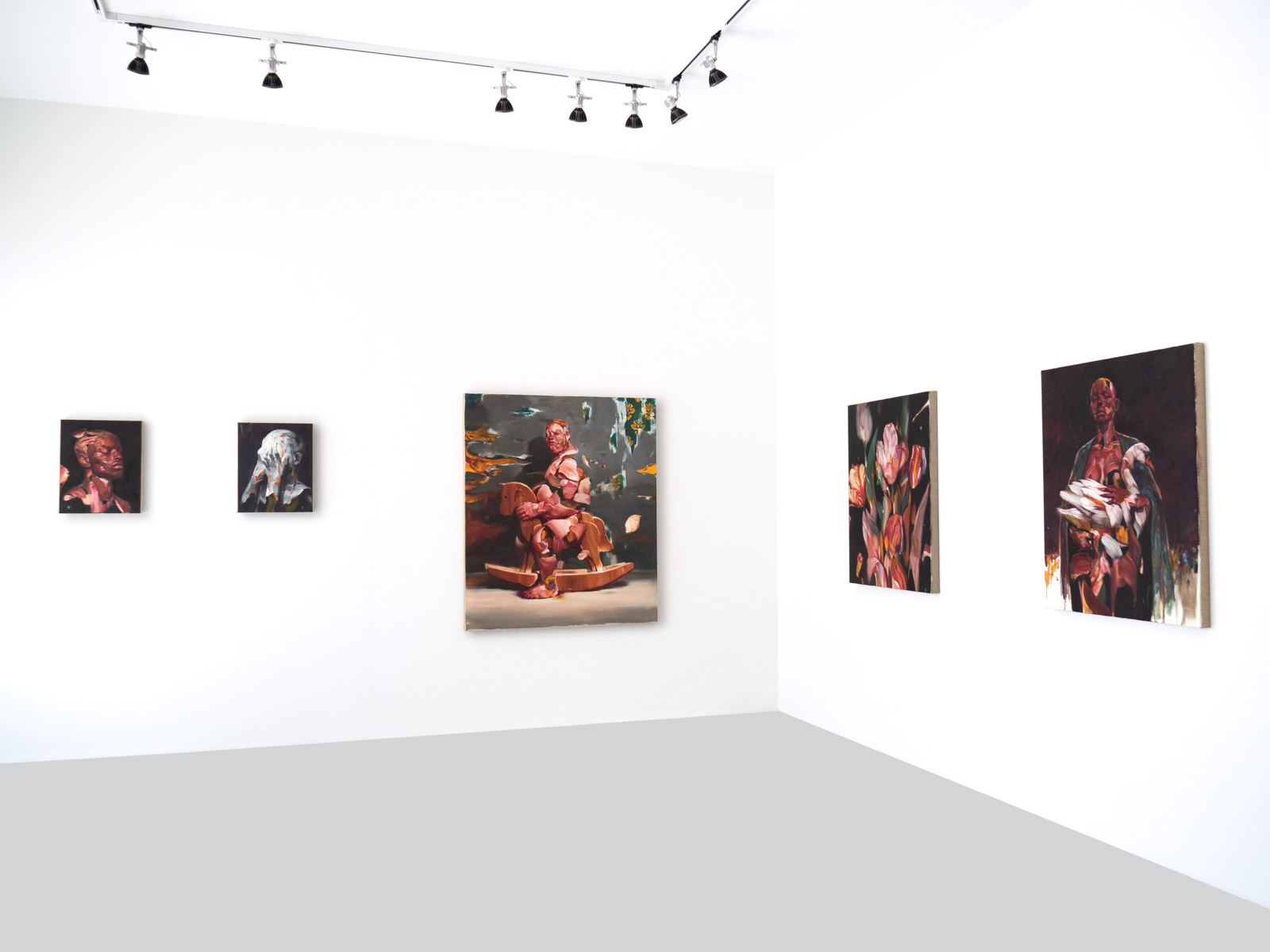 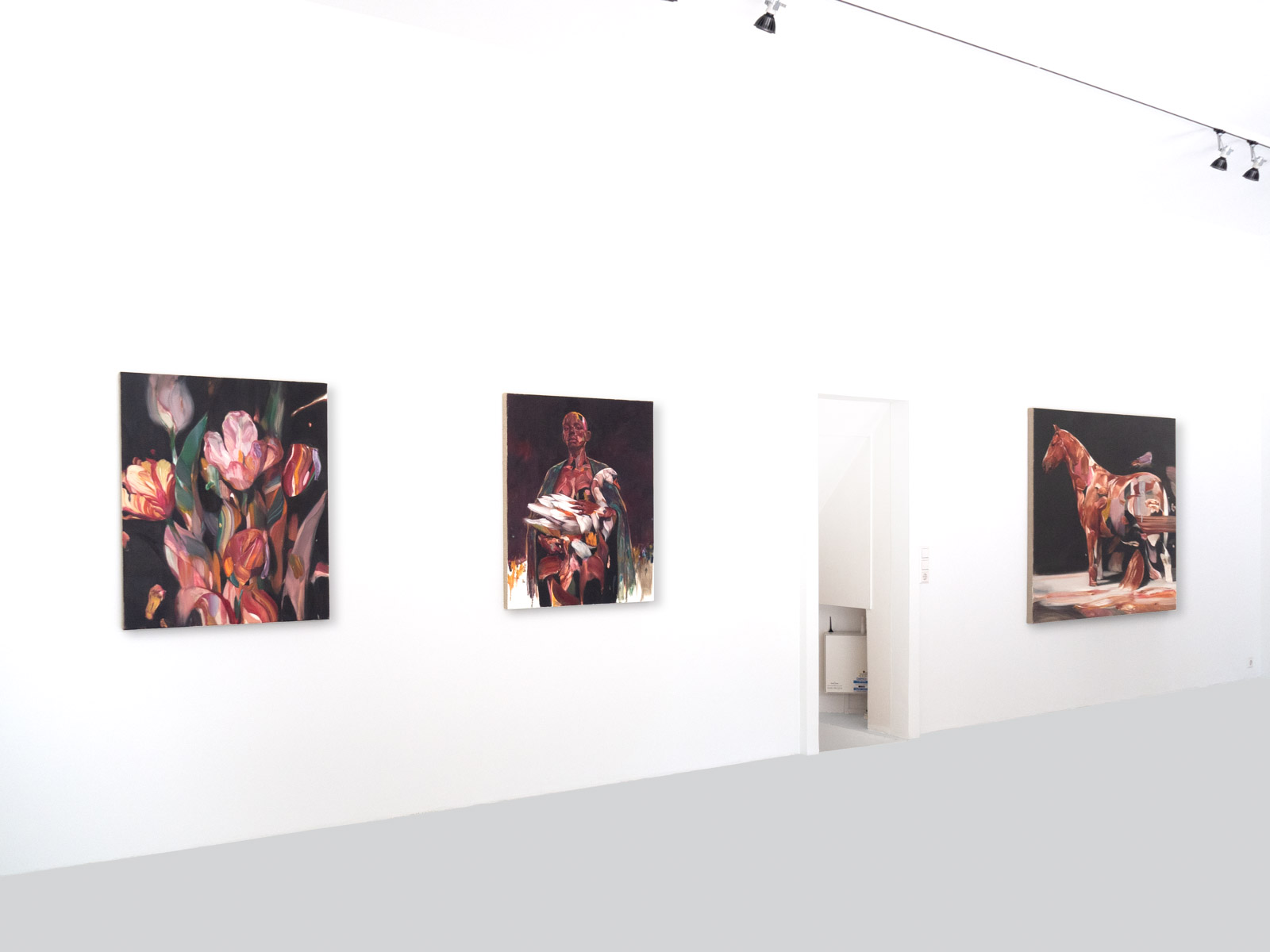 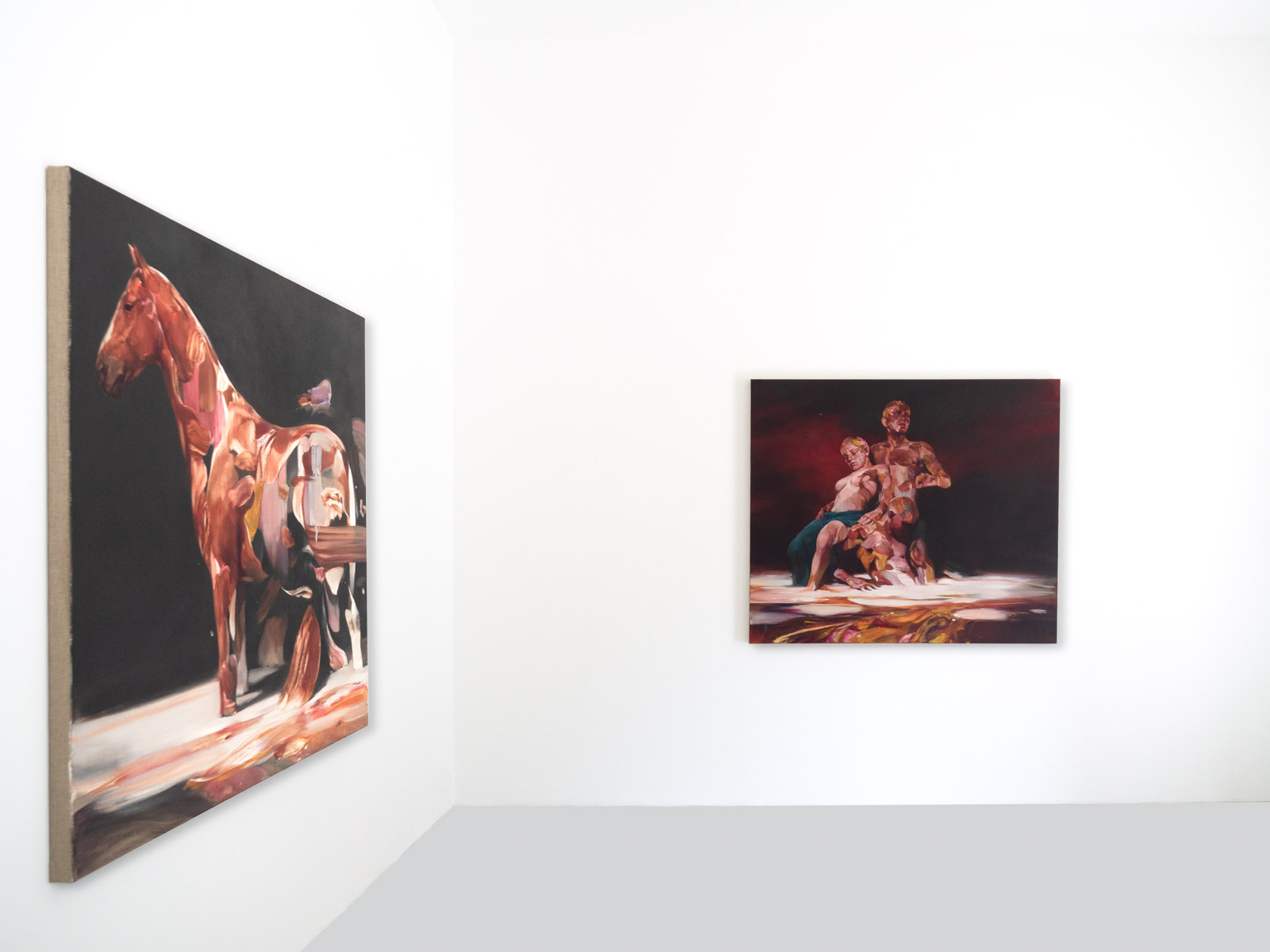 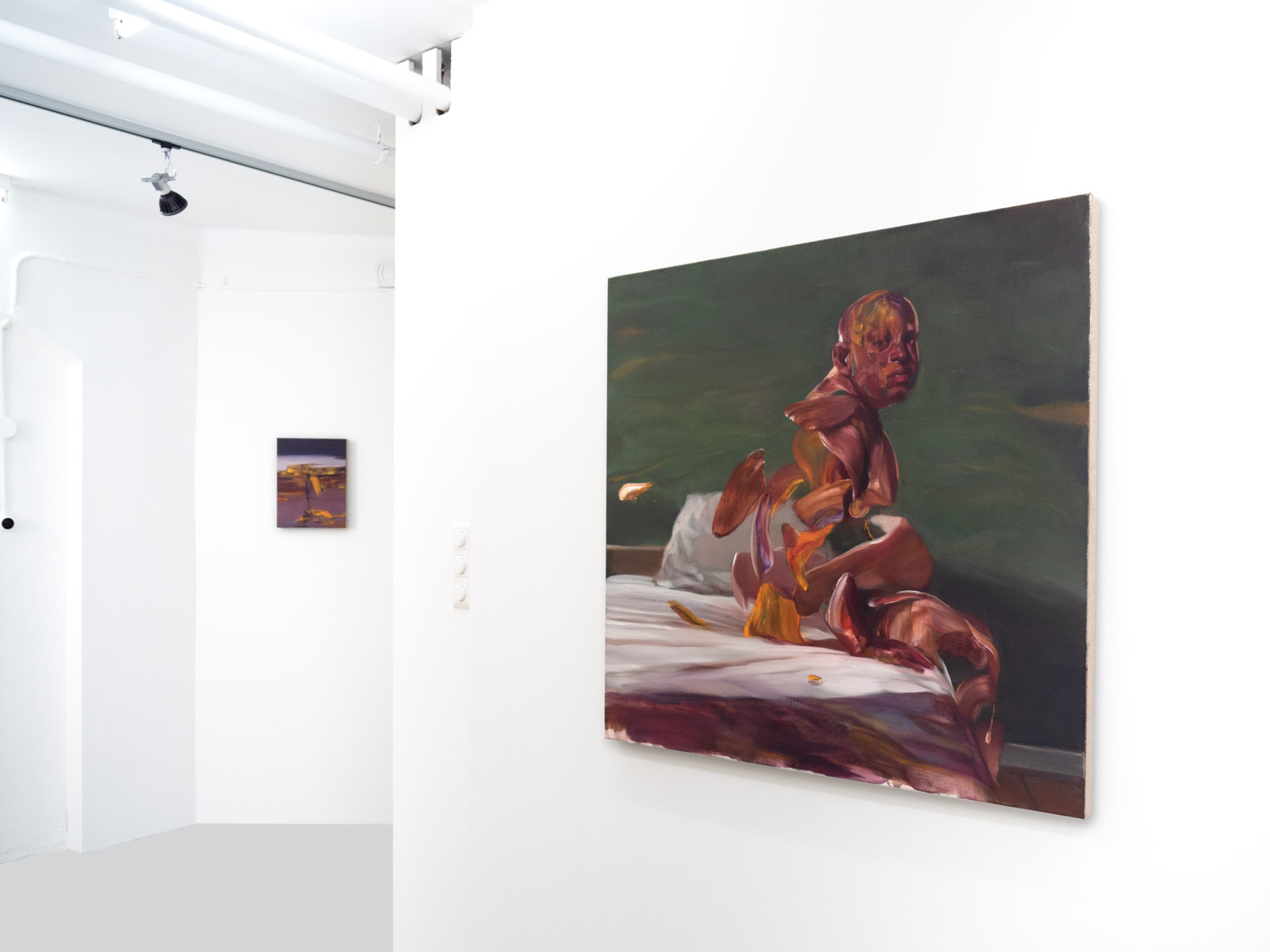 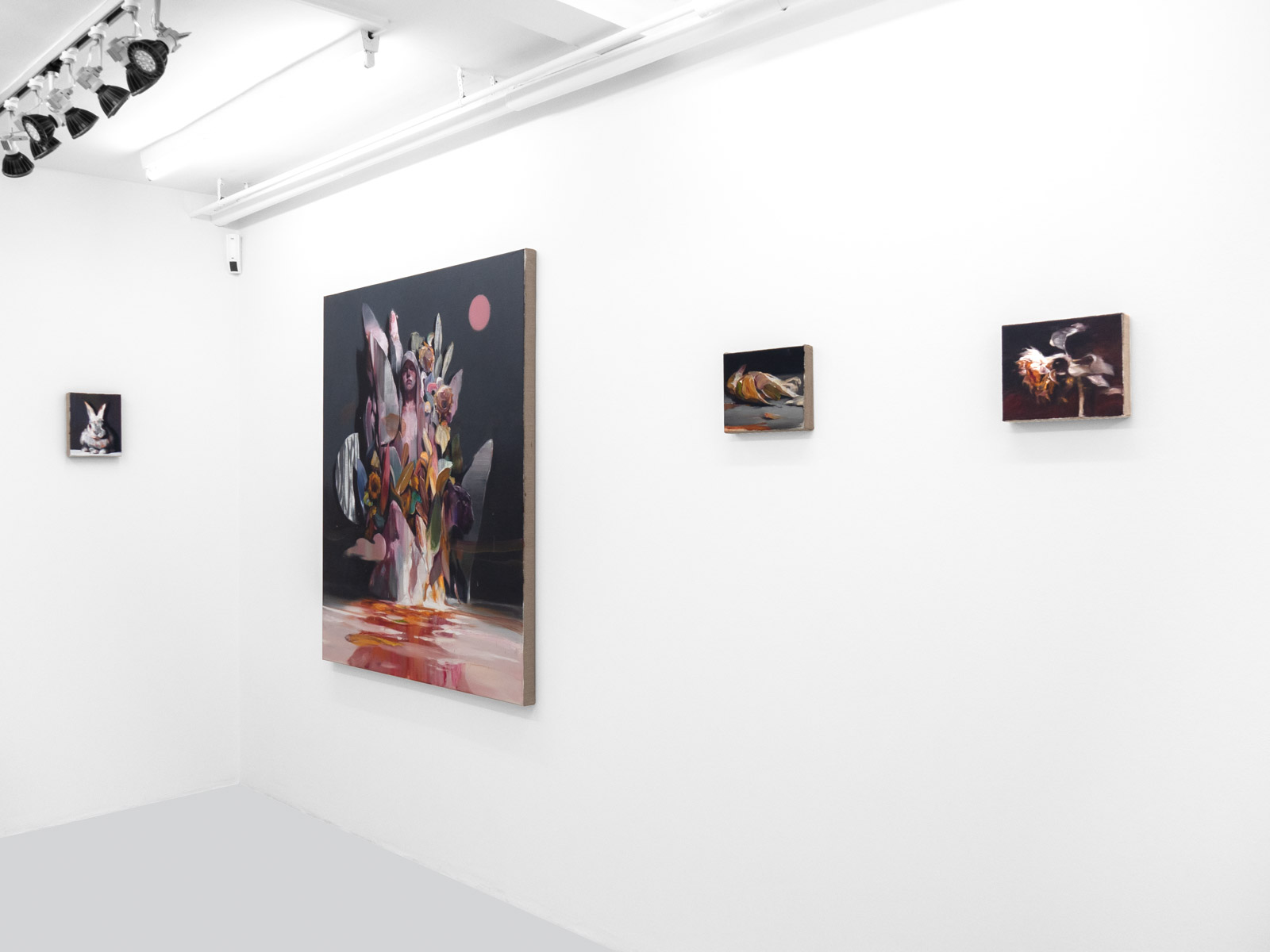