From June 26 to August 1, 2020 Galerie Thomas Fuchs holds its first solo exhibition by the artist Peter Churcher ( *1964 in Brisbane, AU )

The paintings by Peter Churcher revolve around his own contemporary world and show his clear intention to create realistic painting that is both vivid and alive. Yet Churcher does not strive for photorealistic detail, but rather for a painterly quality that captures the appearance and thus transfers his perception onto the canvas. Above all, the human body has become a motif which holds a multifaceted expressiveness that is crucial for his work.

His intention is particularly visible in his shower series. The artist works with professional models standing in the shower in short sessions, while he captures the water flow and gestures in small-scale studies. In “Kaue” Churcher beautifully depicts a figure behind a foggy shower screen with the running water changing its flow in accordance to the body movement and reflecting the light in its surface. Churcher’s paintings do not appear to the beholder as a still standing moment. It leaves the impression that the water is in motion with the beholder watching from a safe distance.

With the shower screen Churcher offers a versatile layer of abstraction. It blurs the contours of the figure softening his appearance. The water drops running down the glass as well as the steam intensify the abstraction of the figure and its surroundings but leaving certain spots clear to see through. The partly clear, partly blurred figure unfolds a dynamic effect, that enhances the ambivalence of the painting, which is based on both the movement and stillness. The sparkling light in the water drops refers to the constantly changing and lively nature of the motif.

Apart from the shower series the tension between blur and clarity runs like a leitmotif through the new works of Peter Churcher. In “Portrait Felix I” a young man is portrayed with only half of his face illuminated while the other half seems to almost melt into the dark background. His facial expression becomes the main focus in this painting. The introverted, melancholic look forms a distance to the beholder, who is standing rather close to him. Churcher’s use of paint in the works of this exhibition has a poetic quality: Soft streaks of paint run over the figure as if one is looking through an old lens, creating a transparent barrier between the figure and the eye of the beholder. The streaks, as the visual part of the barrier, present the figure in a magical guise and move the scene further away from reality. This is especially apparent in "Felix ( Back )" in which the figure’s limbs and head are partly blurred or abstract, while the back as the main focus remains clear. By blurring the barrier in the form of the figure the artist does not only enhances the main focus of the painting, but also conveys the feeling of an antique painting or fresco.

The beholder experiences Churcher’s figures in an intimate and vulnerable state. In this way he connects on an emotional level with the portrayed. His male nudes in particular are located between a soft vulnerability and a subtle eroticism. His oeuvre predominately focuses on the male nude, which for him as a motif is less loaded than the female nude. When stepping closer to the paintings they reveal a precise but often loose and expressive brushstrokes, reminiscent of the great masters of the 17th century, whom Churcher himself cites as his inspiration.

Peter Churcher studied at the Victoria College ( today Deacon University ) in Melbourne, AU. After a studio residency in Barcelona in 2004, he moved there permanently in 2006. As he described himself, the life in Europe is“ much more conducive” to him an artist and he thrives on the cultural diversity and the history of the city, which as become a rich feeding ground for his work. 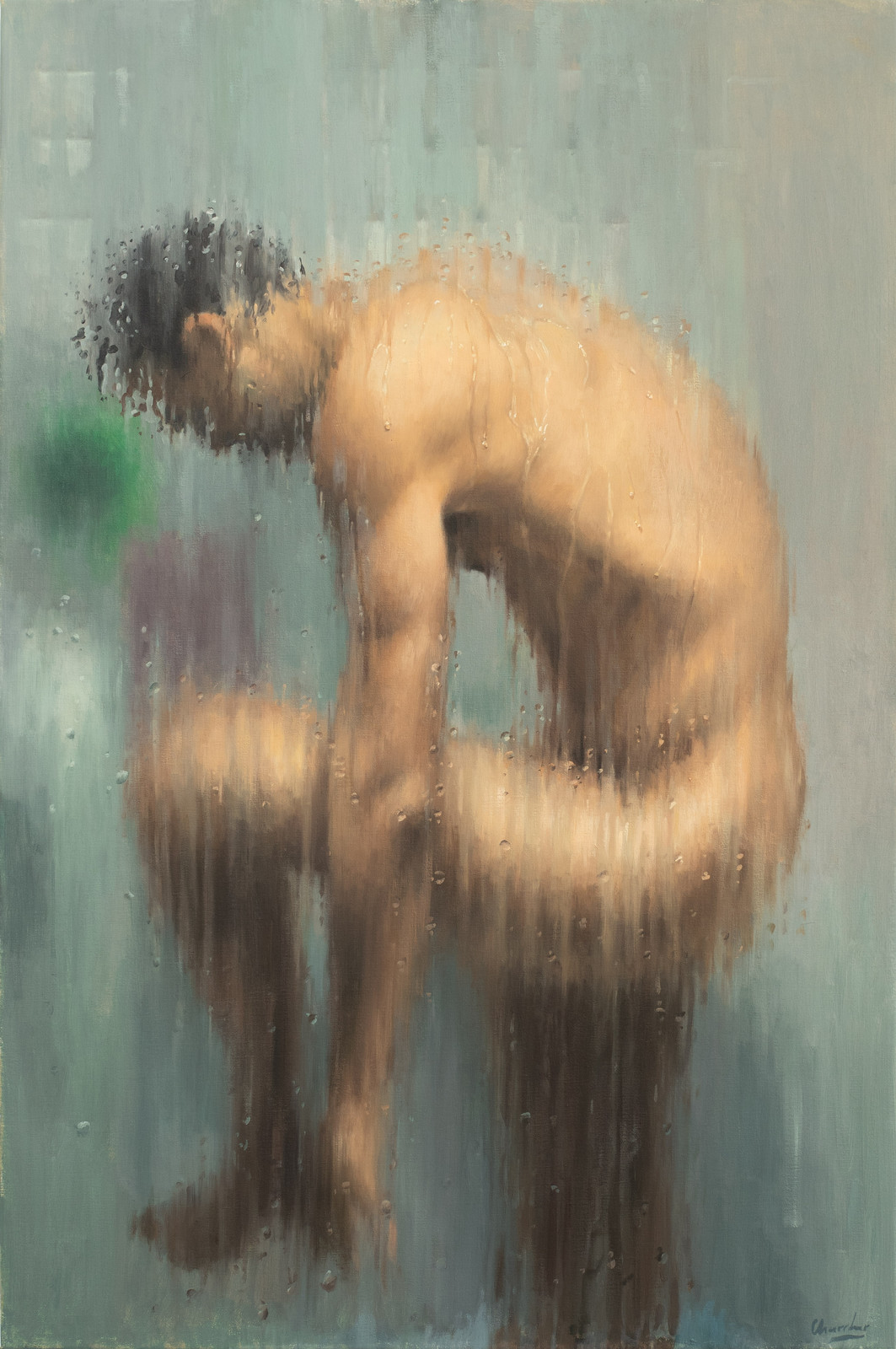 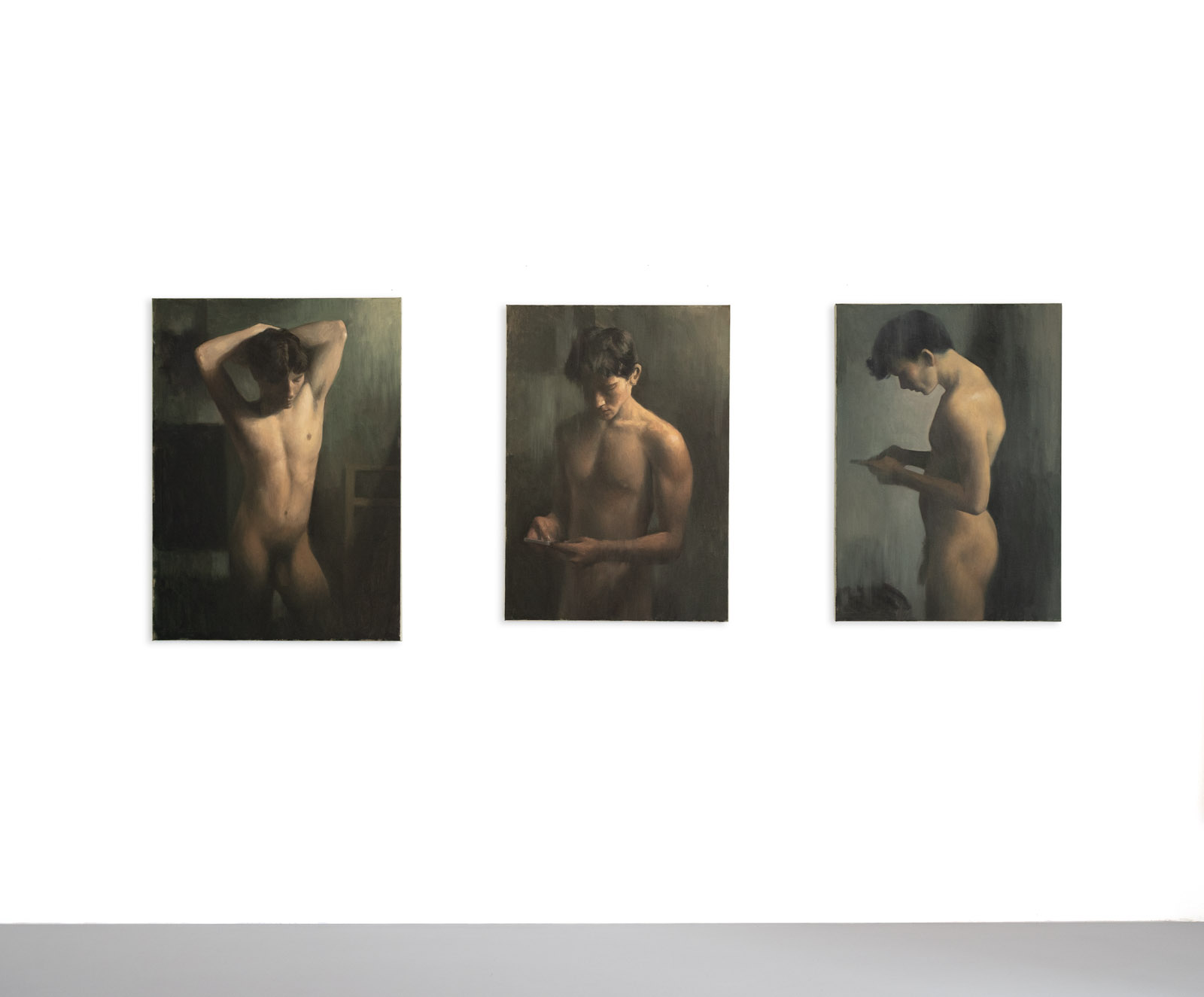 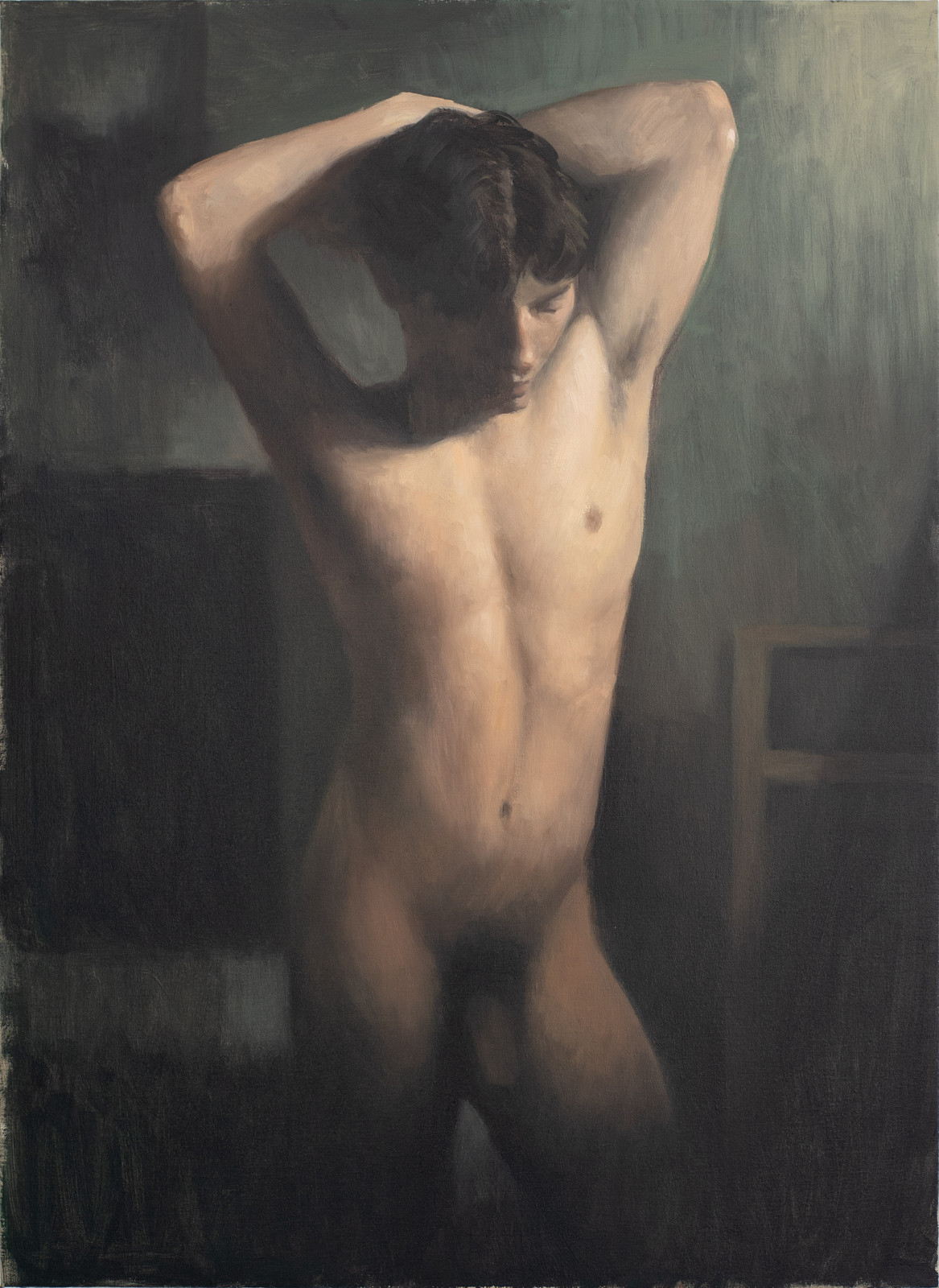 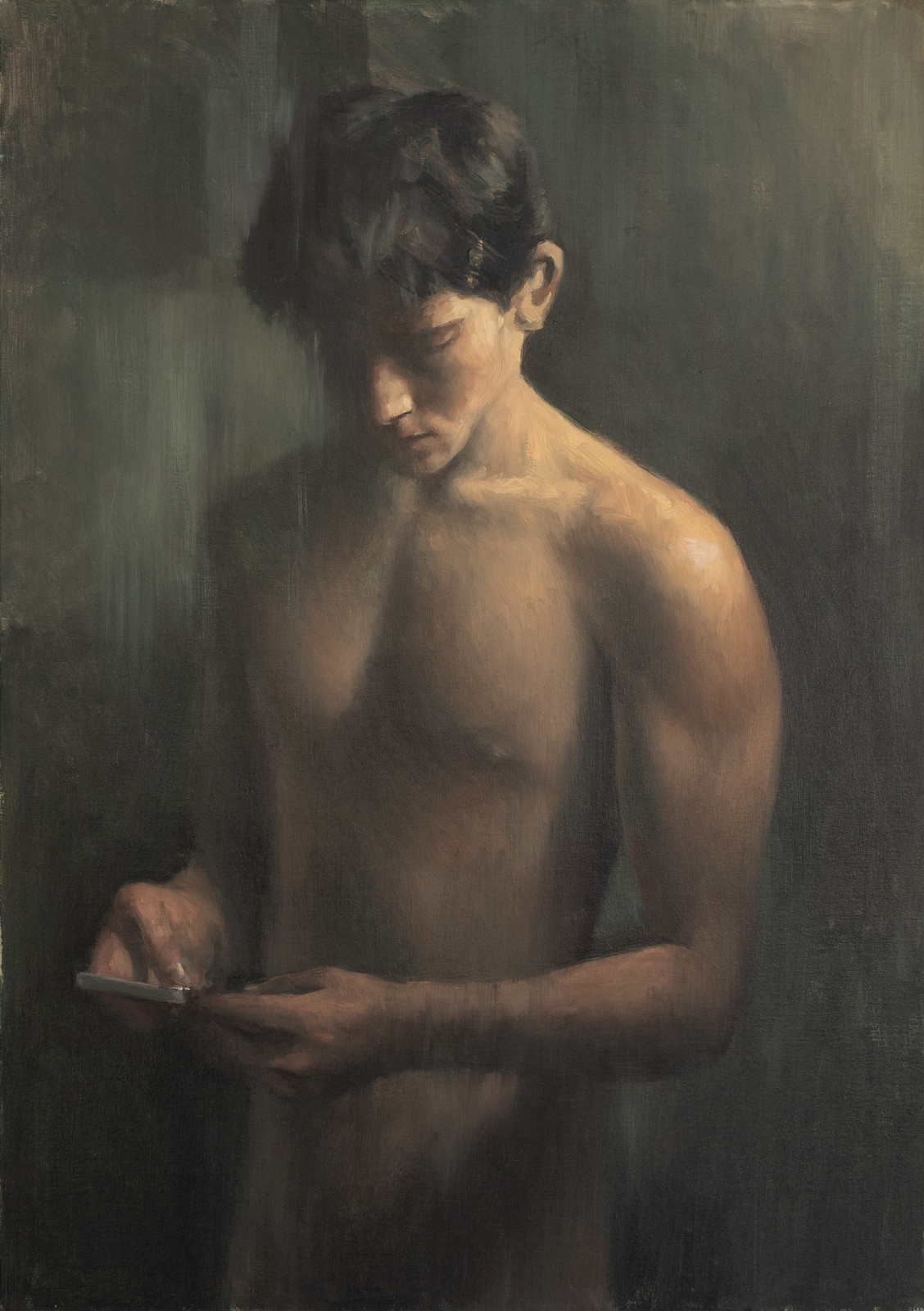 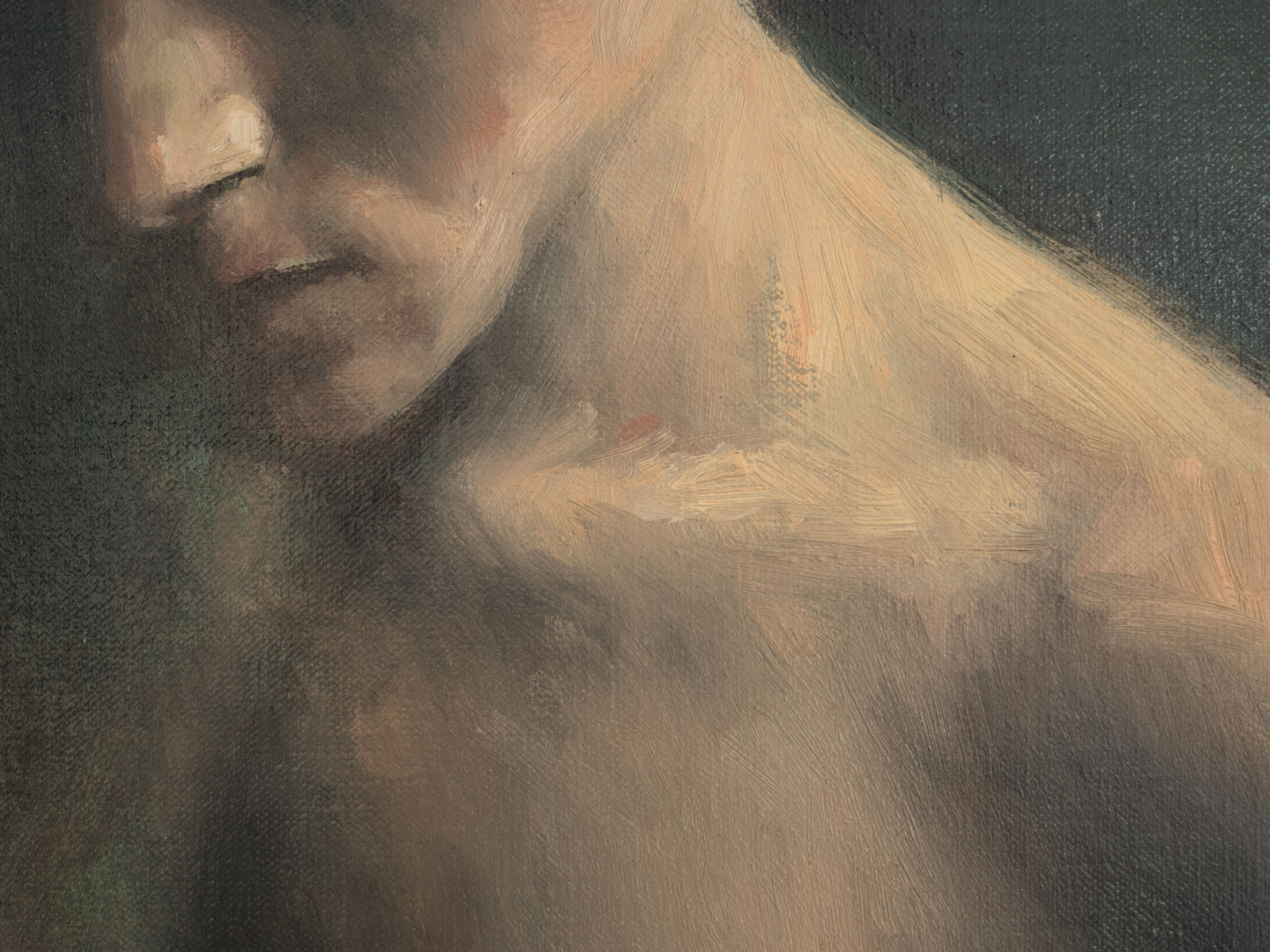 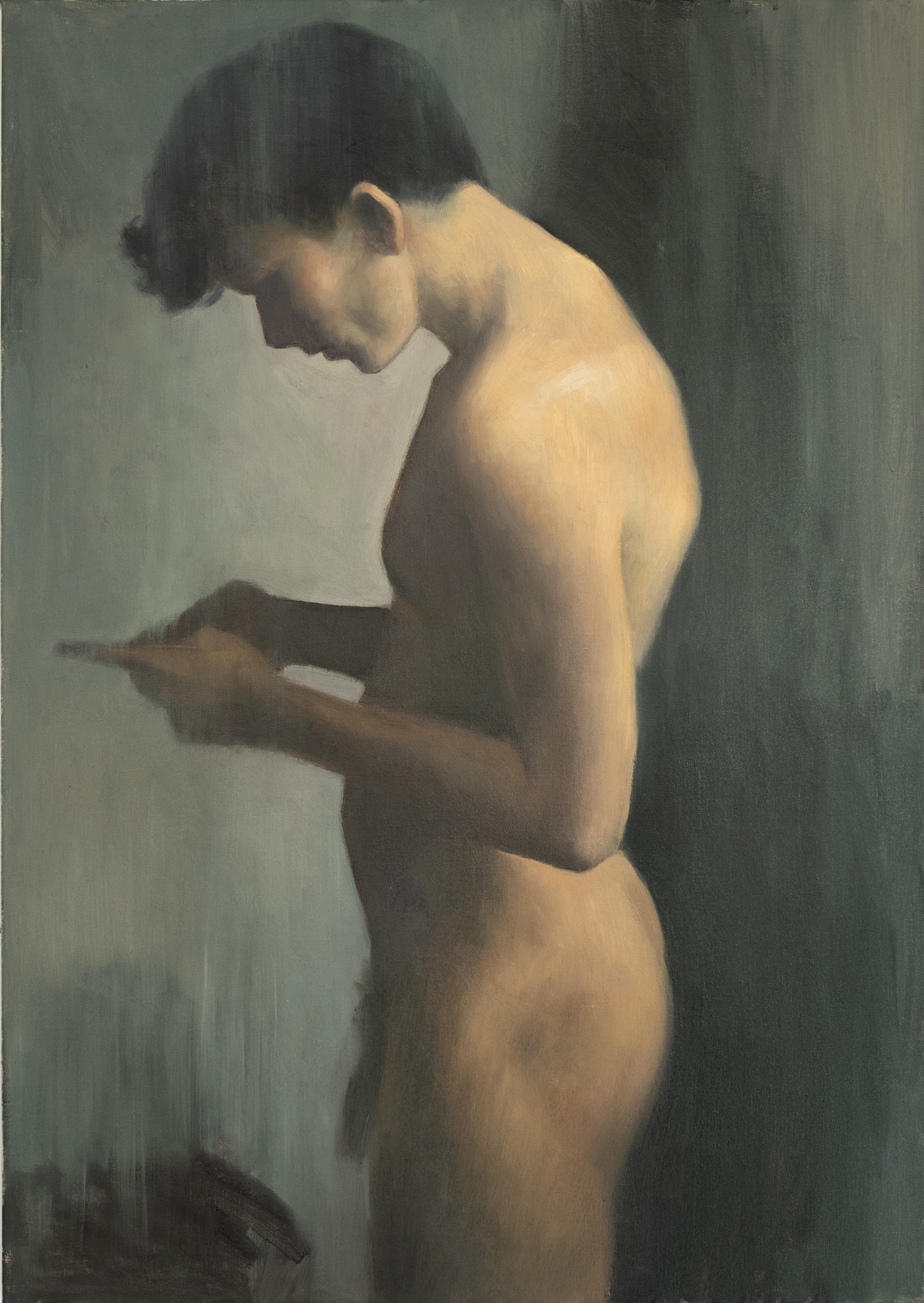 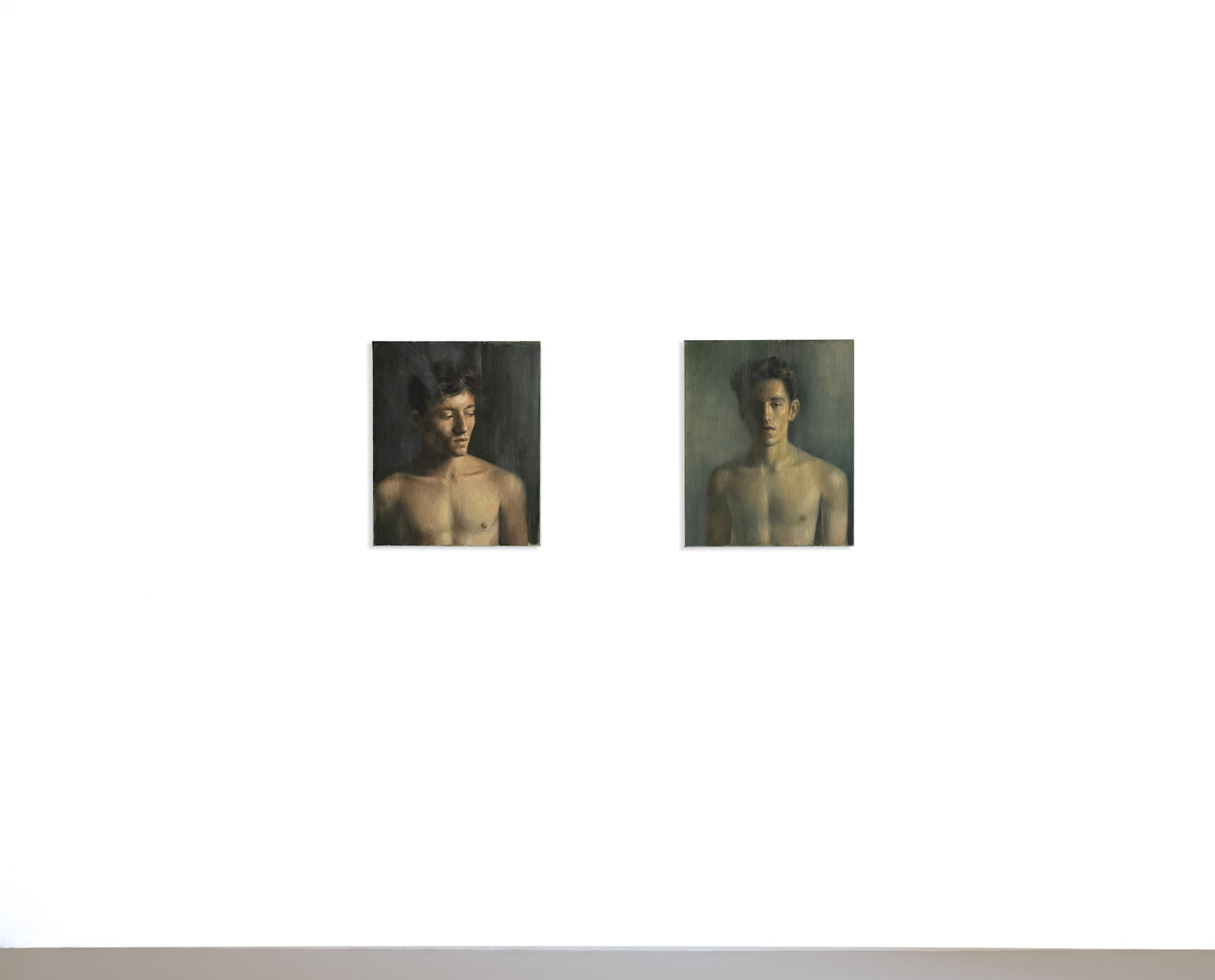 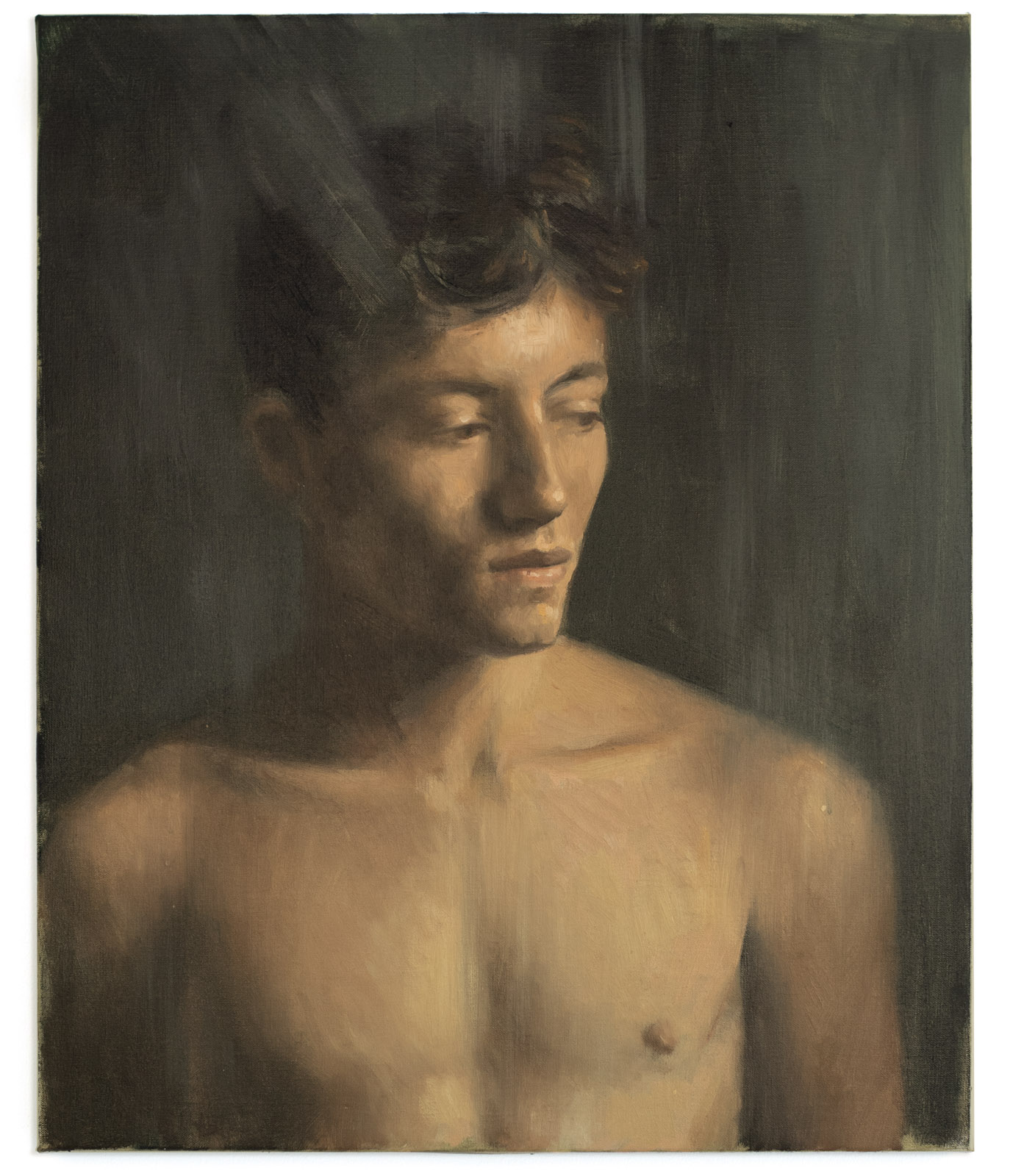 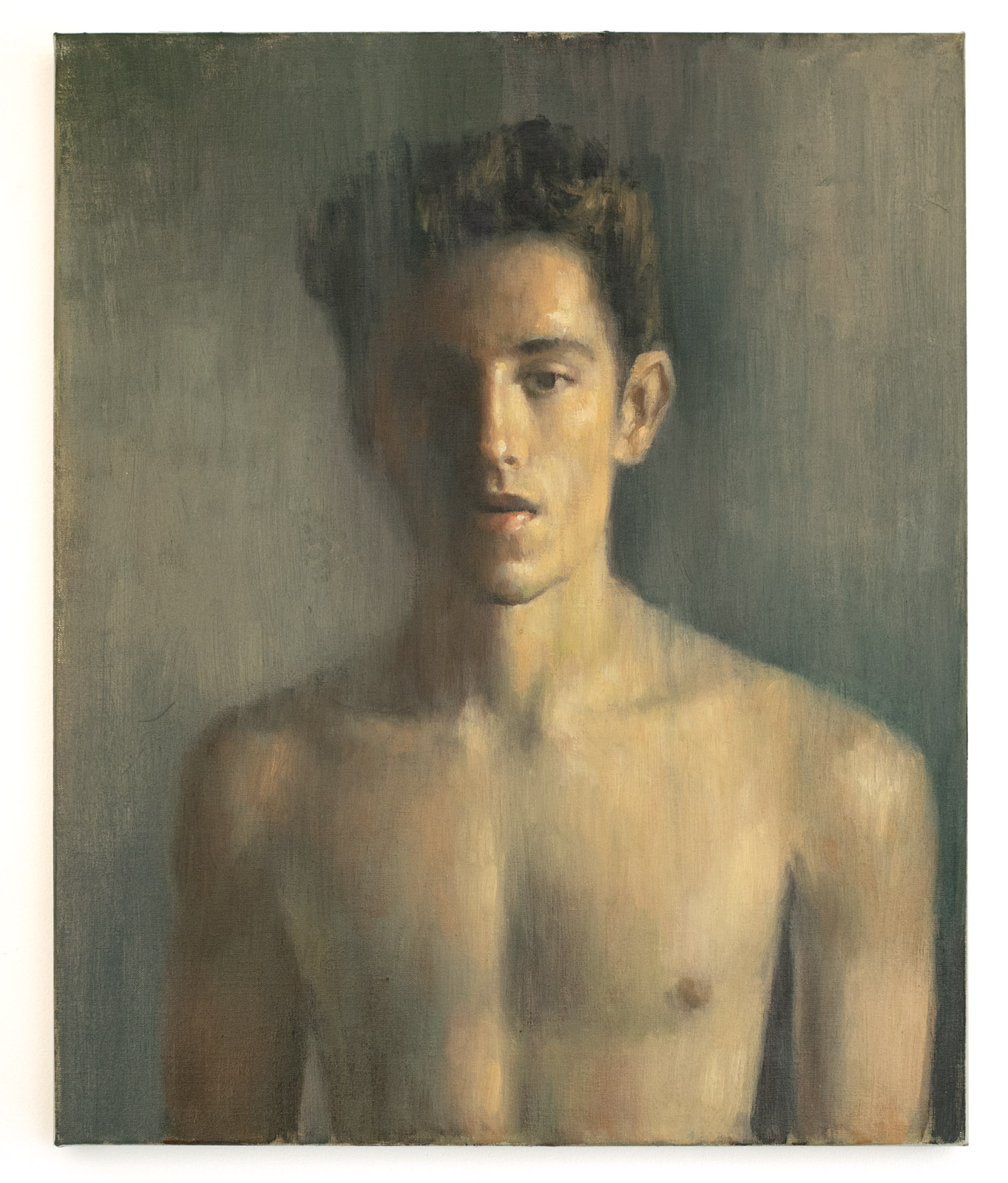 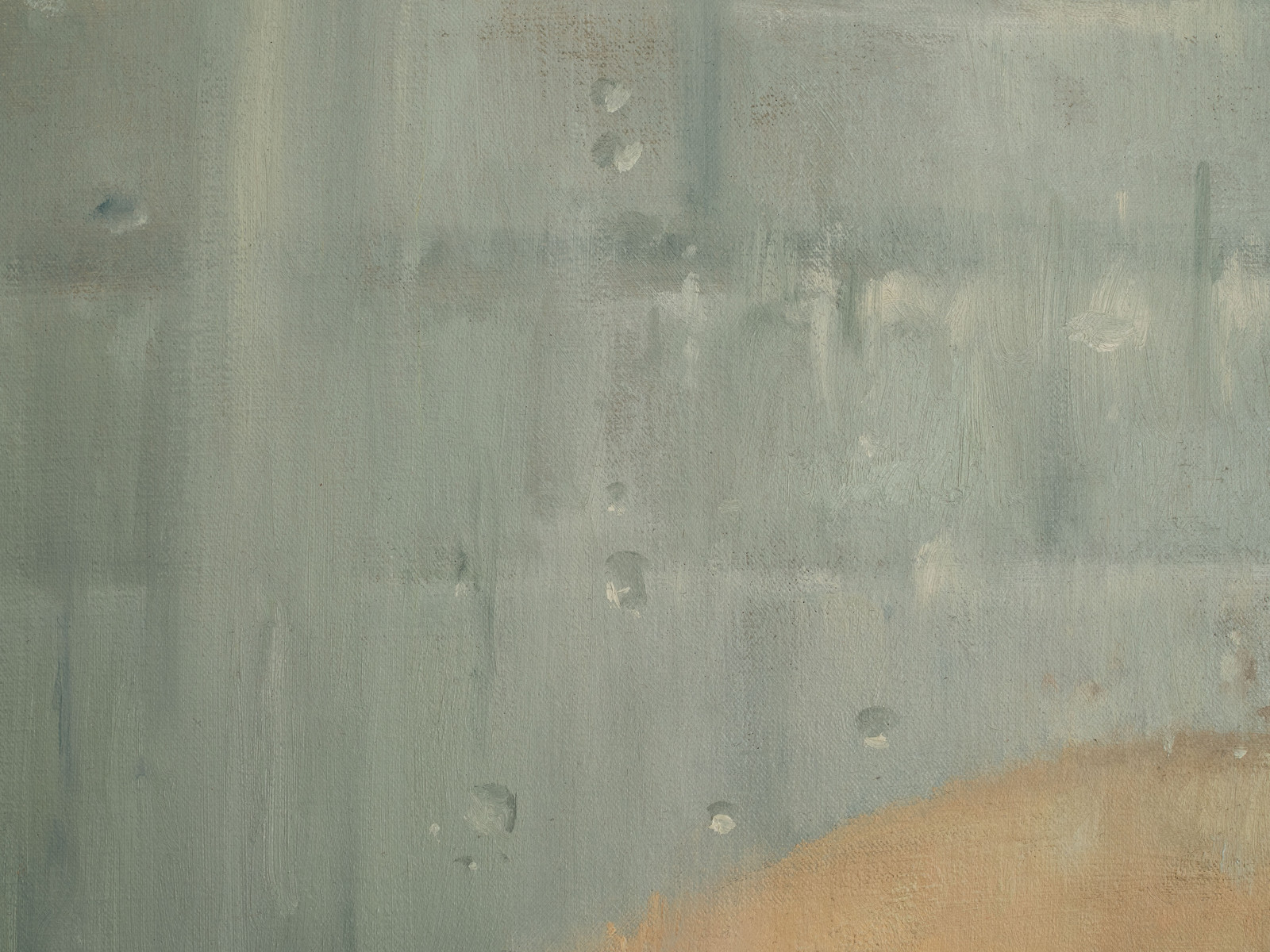 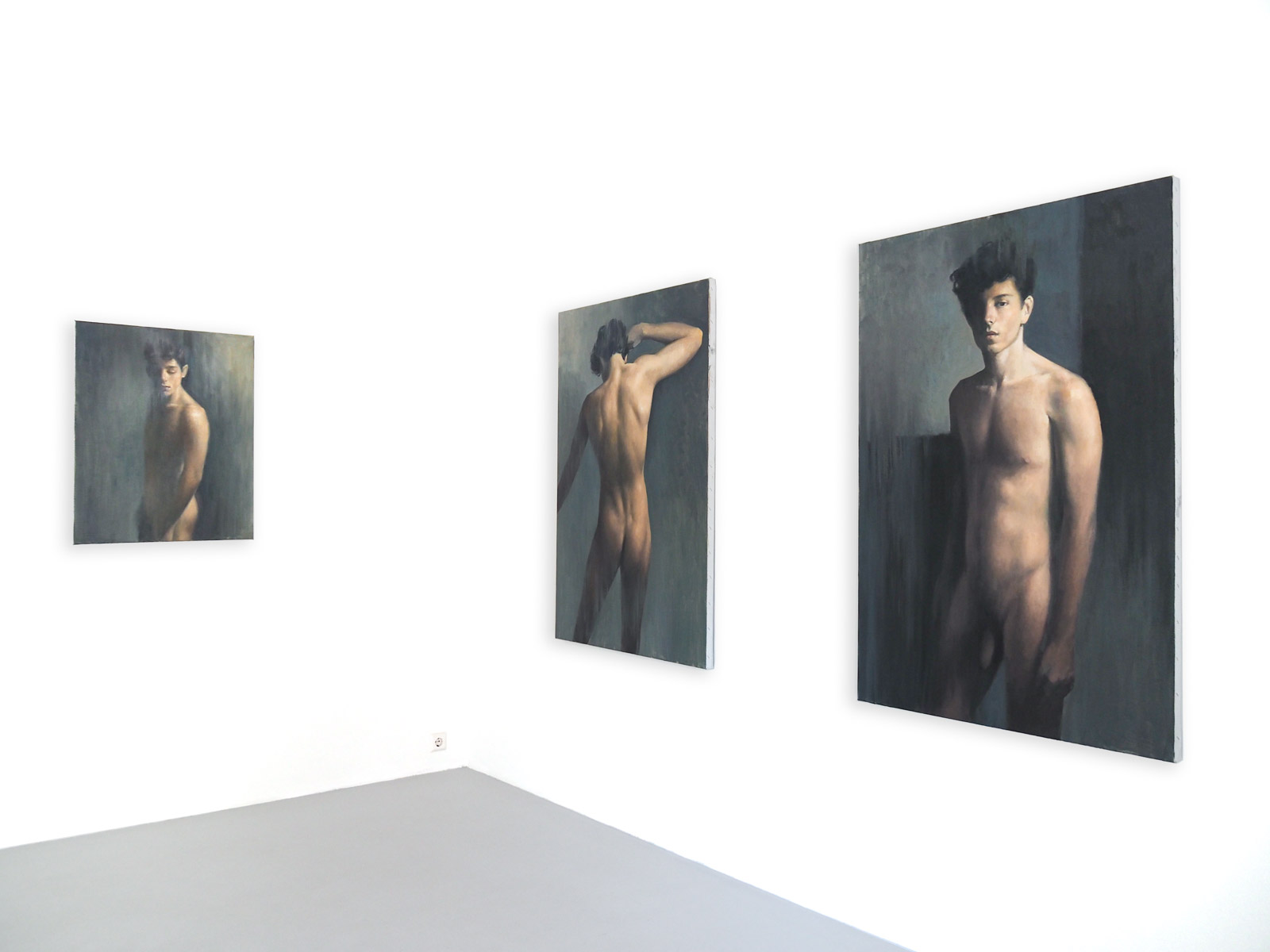 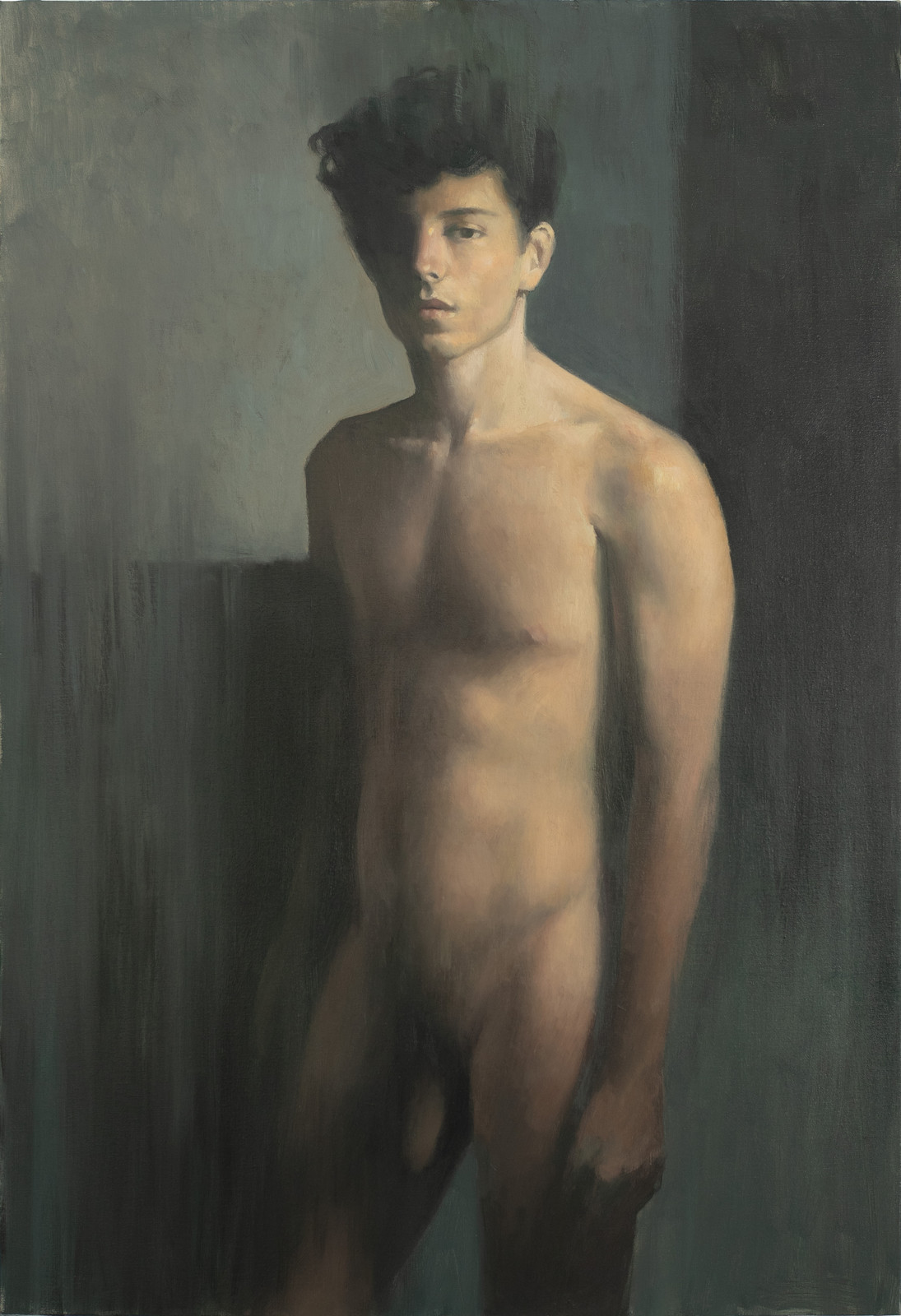 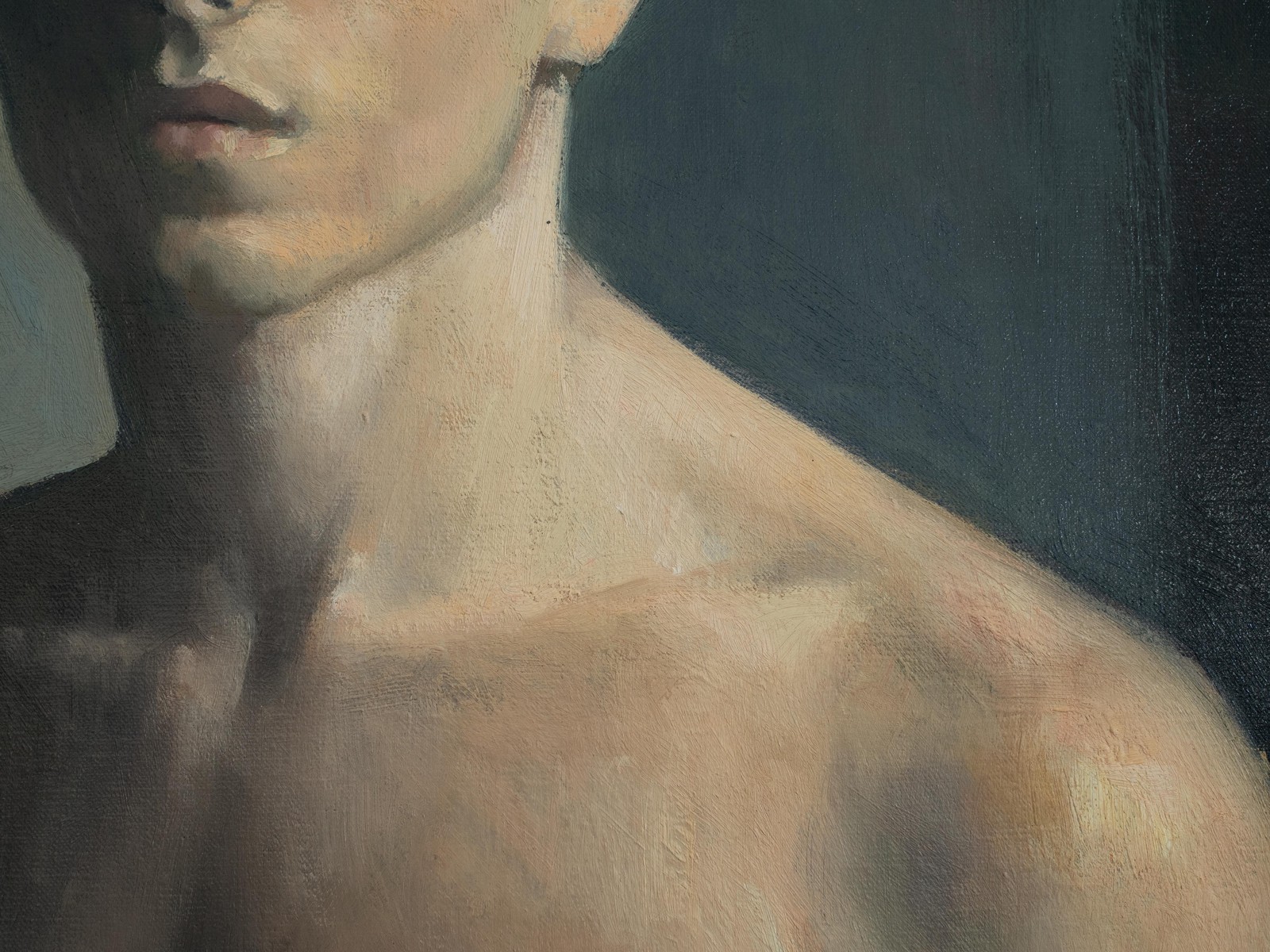 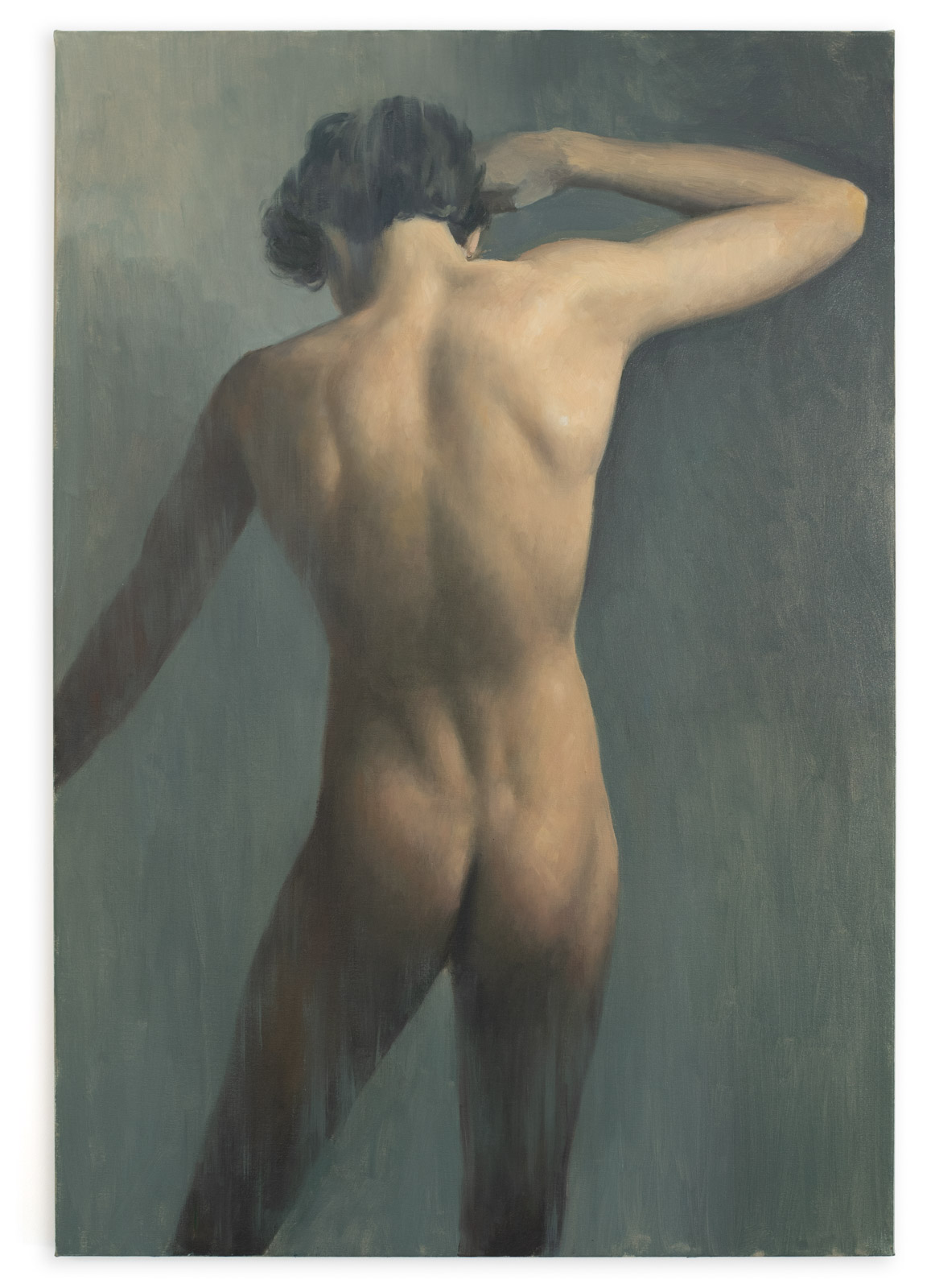 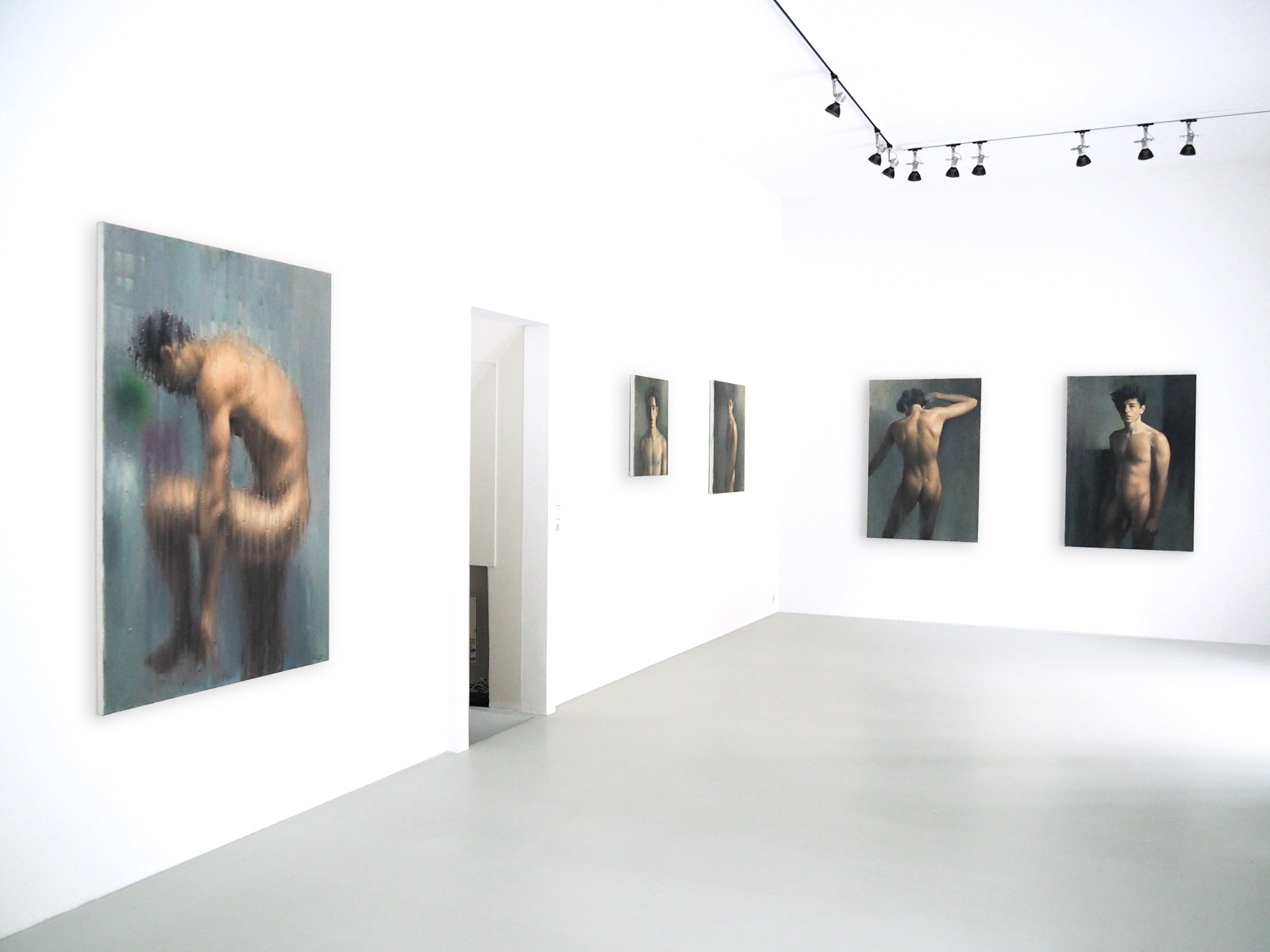 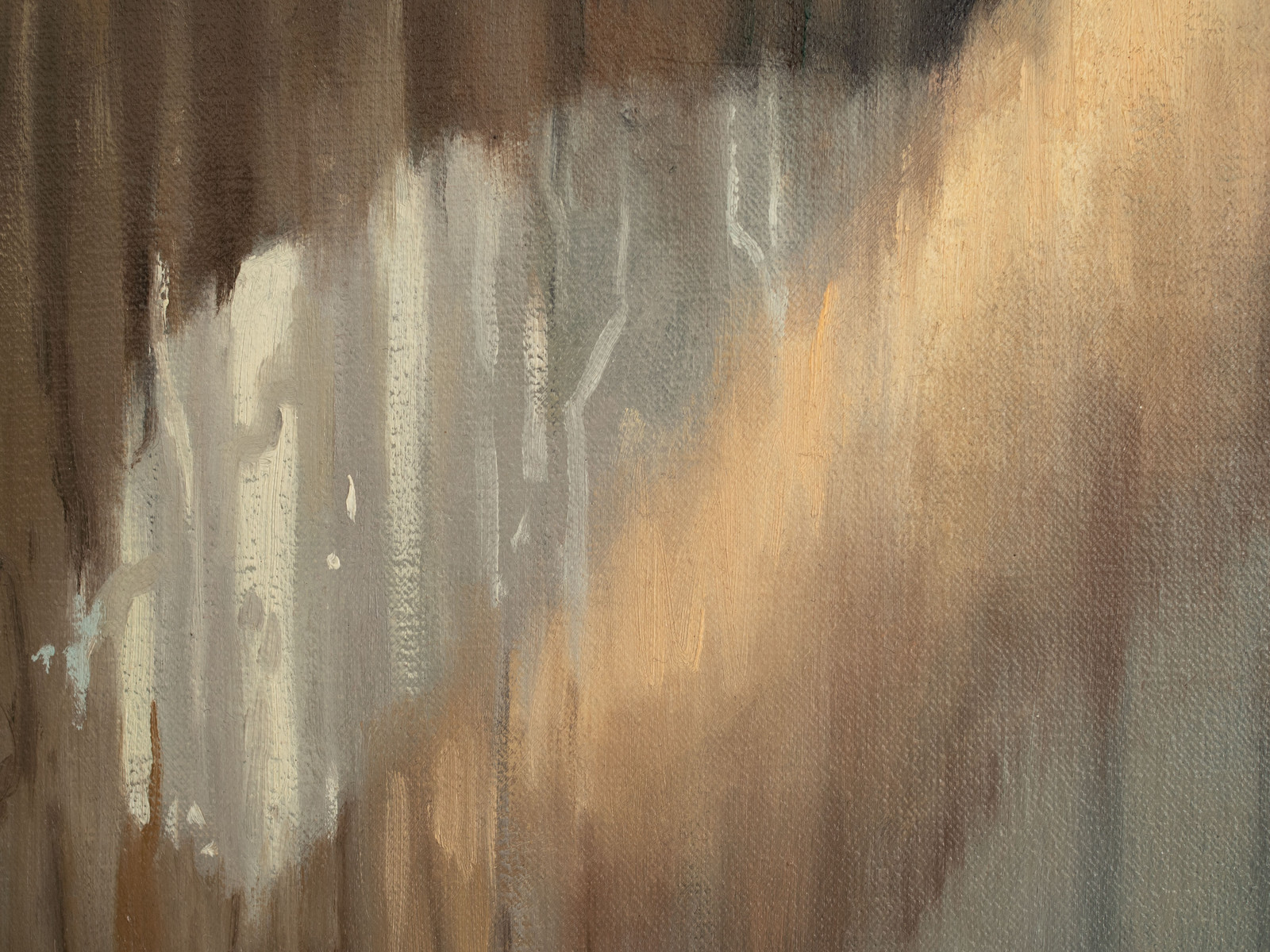 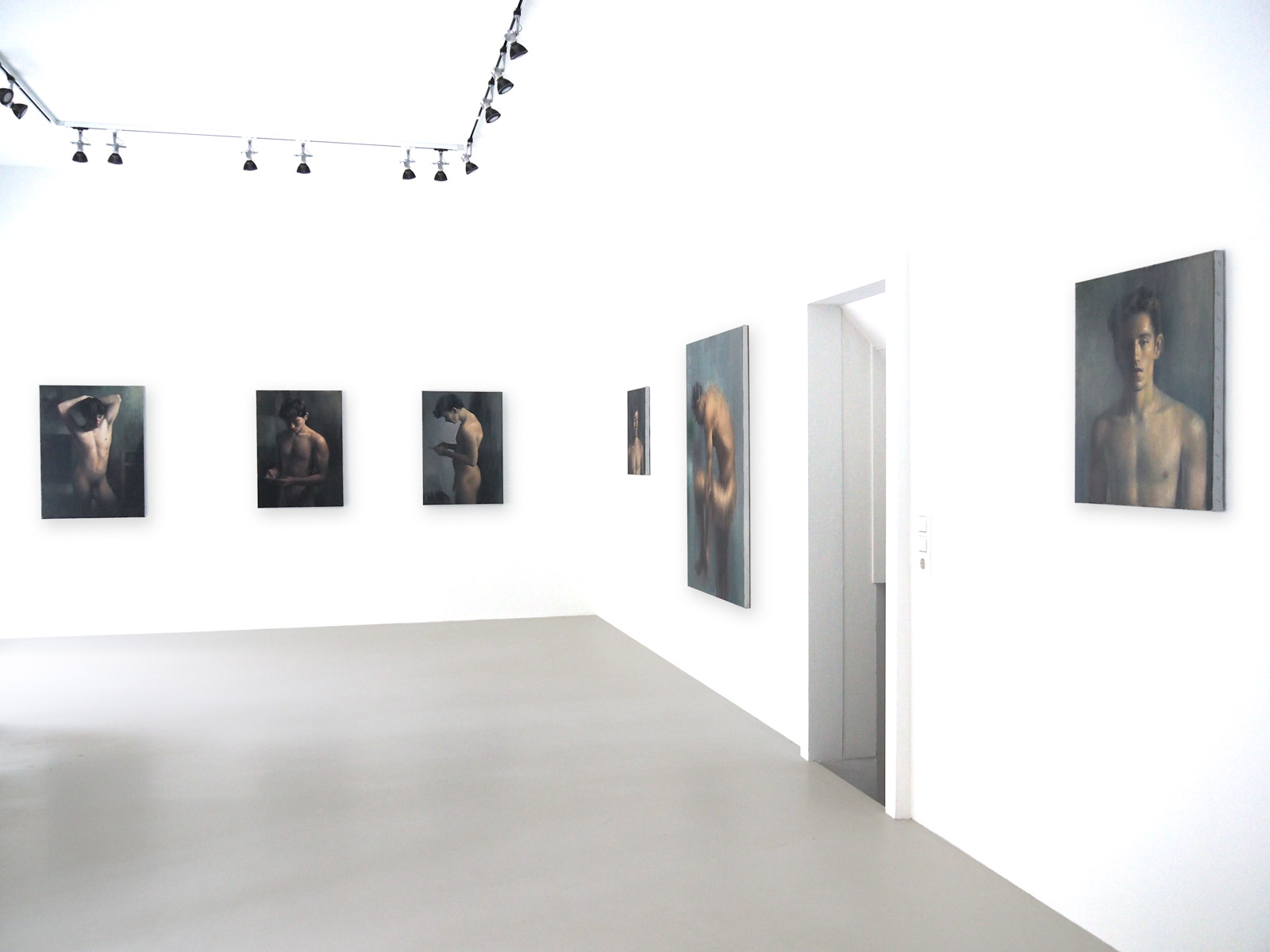