Martin-Jan van Santen describes his works as an "ode to beauty". In these works the artist goes on a search for the beauty of the body and asking the questions "What makes a body beautiful?" or "Why is this body beautiful? Through the use of light and shadow, van Santen illuminates his figures from several different angles, thus emphasizing the texture and expression of the body.

In "Concert", for example, the young man standing behind a microphone and playing his electric guitar is illuminated from above by a spotlight that casts the scene in a blue light. Van Santen's fine and rapid brushstrokes accentuate the strands of hair, the folds of the T-shirt and the arms of the musician, who is completely immersed in his playing. Despite the expressiveness of the brushstrokes, they appear light and soft, conveying the carnality of the skin as well as the materiality of his clothing. Through these same brushstrokes, the artist also creates the body tension of the figure, who is leaning slightly backwards and playing chords on his guitar with tense arms. In Martin-Jan van Santen's figures, the expressive brushstrokes enter into a symbiosis that highlights the beauty of the body.

His work " After" captures the merging of the brushstrokes in the depiction of the skin. Here, a young man sits on a bed in semi-darkness, surrounded by pillows and blankets that separate him from the dark background. A light source from behind illuminates the left part of his body, while the flame of his lighter, with which he lights a cigarette, partially shines on his face. In van Santen's work, light and shadow are characterized not only by light and dark, but also by different shades of color. The result is a flickering of brushstrokes that merges into a harmonious composition. For the shadows Martin-Jan van Santen often uses shades of green and blue, while the middle and light regions usually contain rich shades of purple and orange. The use of the specific colors in the highs and lows creates the impression of a color-filtered light that determines the mood of the works in this exhibition. In "Sunstruck", for example, these light reflections nestle against the body of the young man, who is laughing in the direction of the viewer. What at first glance is perceived as supposedly rough brushstrokes, ultimately reveals itself as a precise and supple application of paint. For the closer the brushstrokes approach the bodies of the figures, the softer and finer they become without losing any of their expressiveness. Through this technique, van Santen directs the viewer's attention to the bodies of the figures, without them noticing.

In his works, Martin-Jan van Santen shows everyday situations that are as far removed from reality as possible. Whether the pair of figures sitting in the grass in "Busted" or the boy in the camping chair in "Attention", the situations depicted are familiar to us from our own lives. However, van Santen wraps them in a mythical light. The scenes are as authentic as they are intimate, yet they do not leave the viewer out, but rather involve him. His anonymous figures give us the freedom to bring in our own feelings and memories of those days, which were full of ease and light-heartedness. 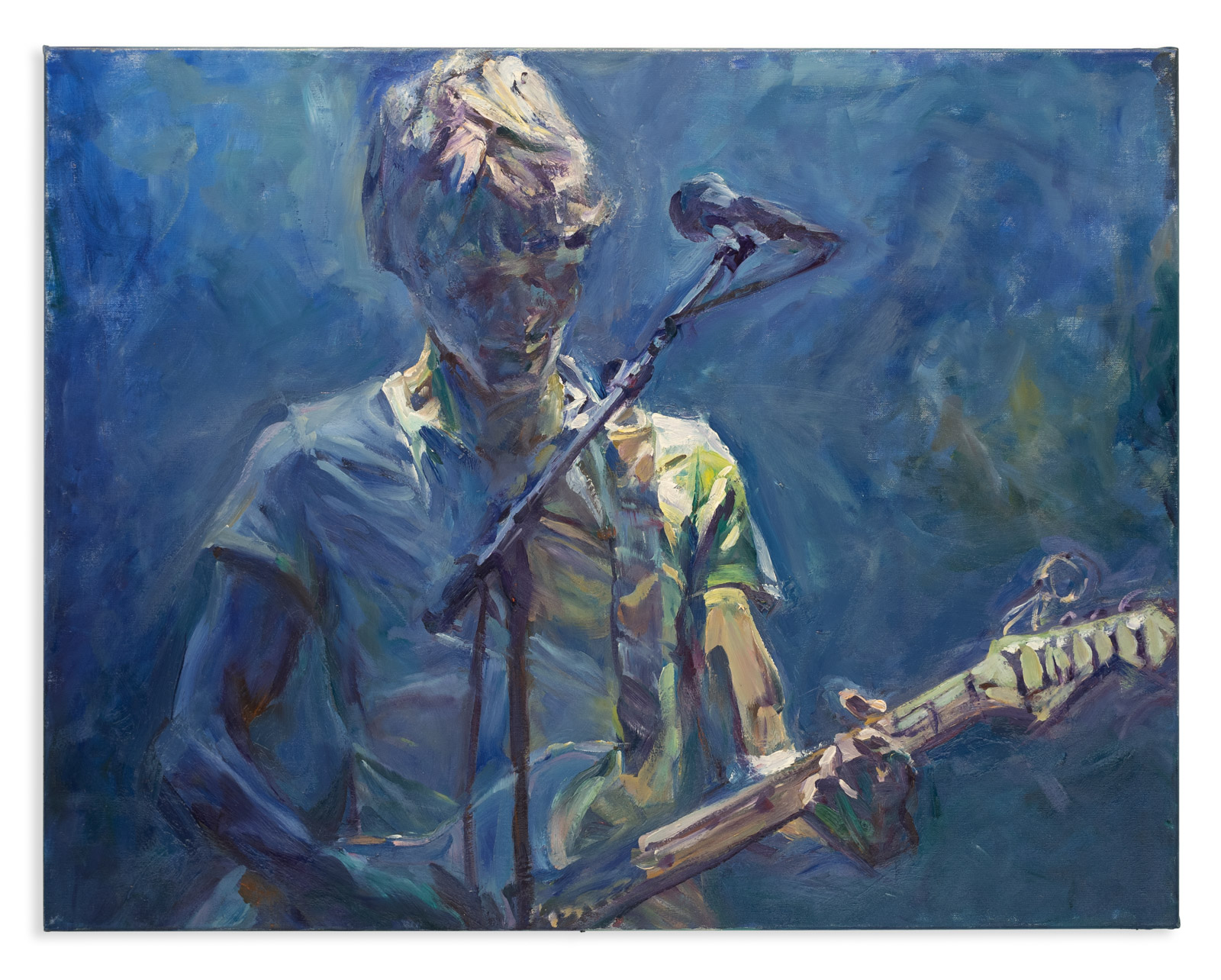 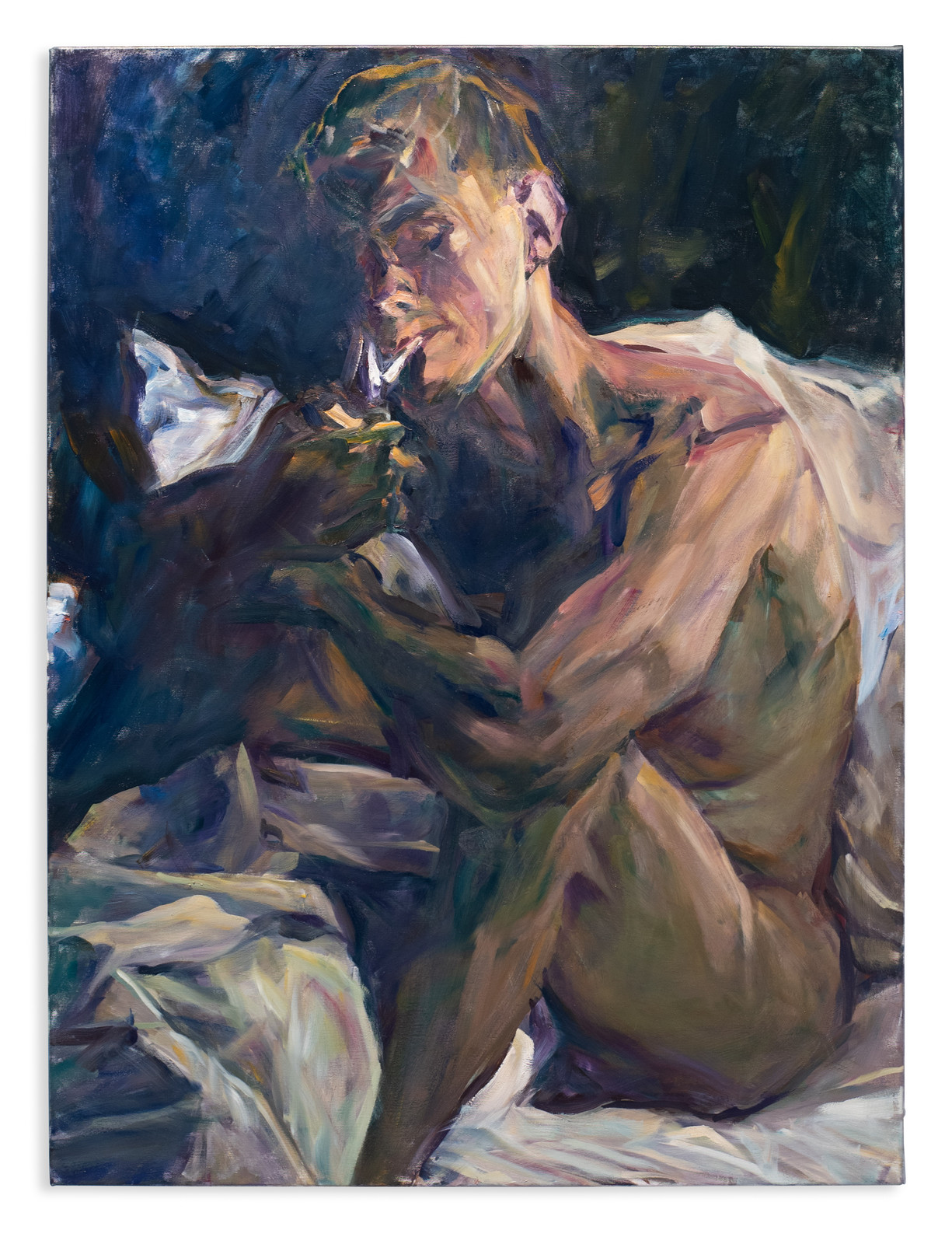 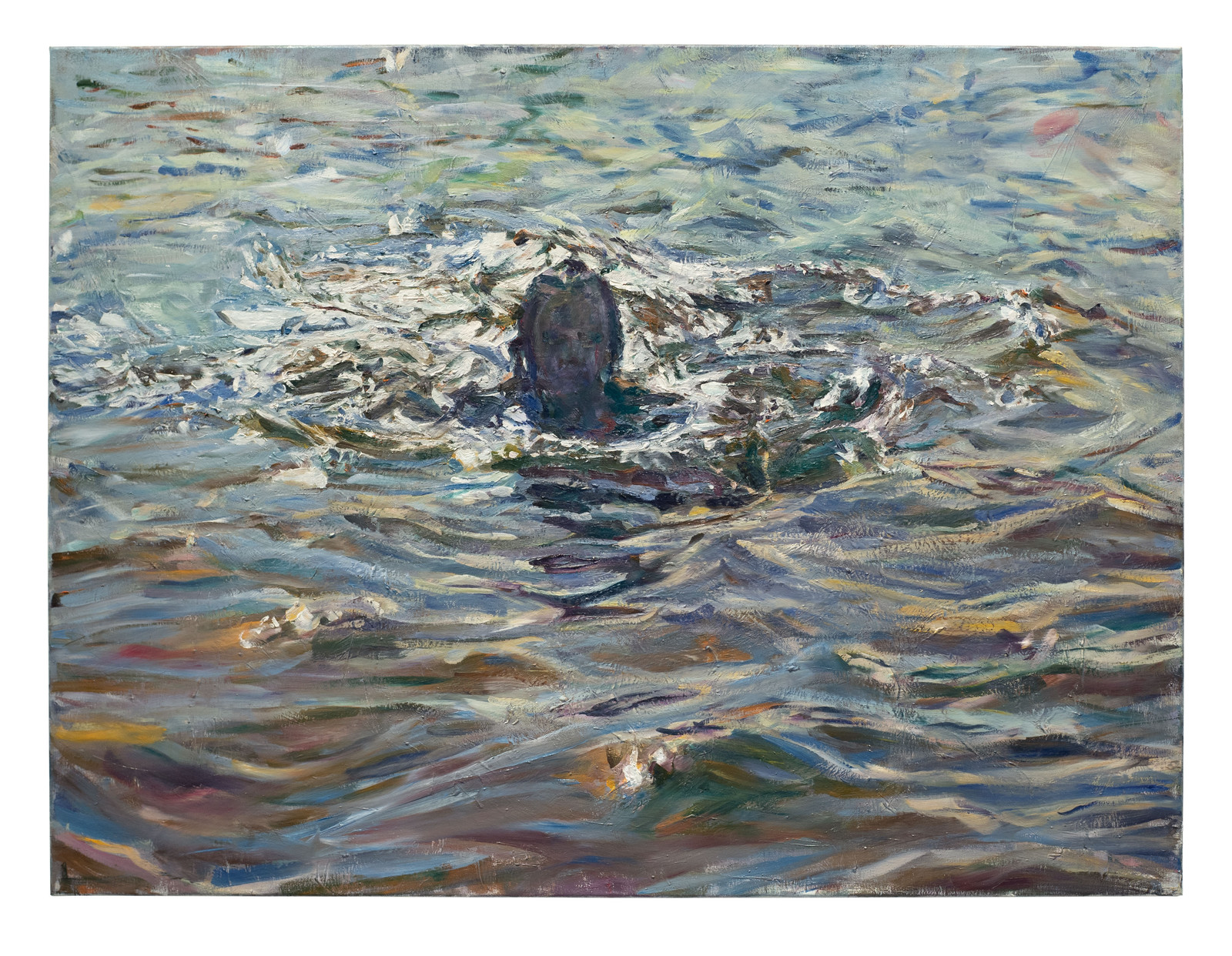 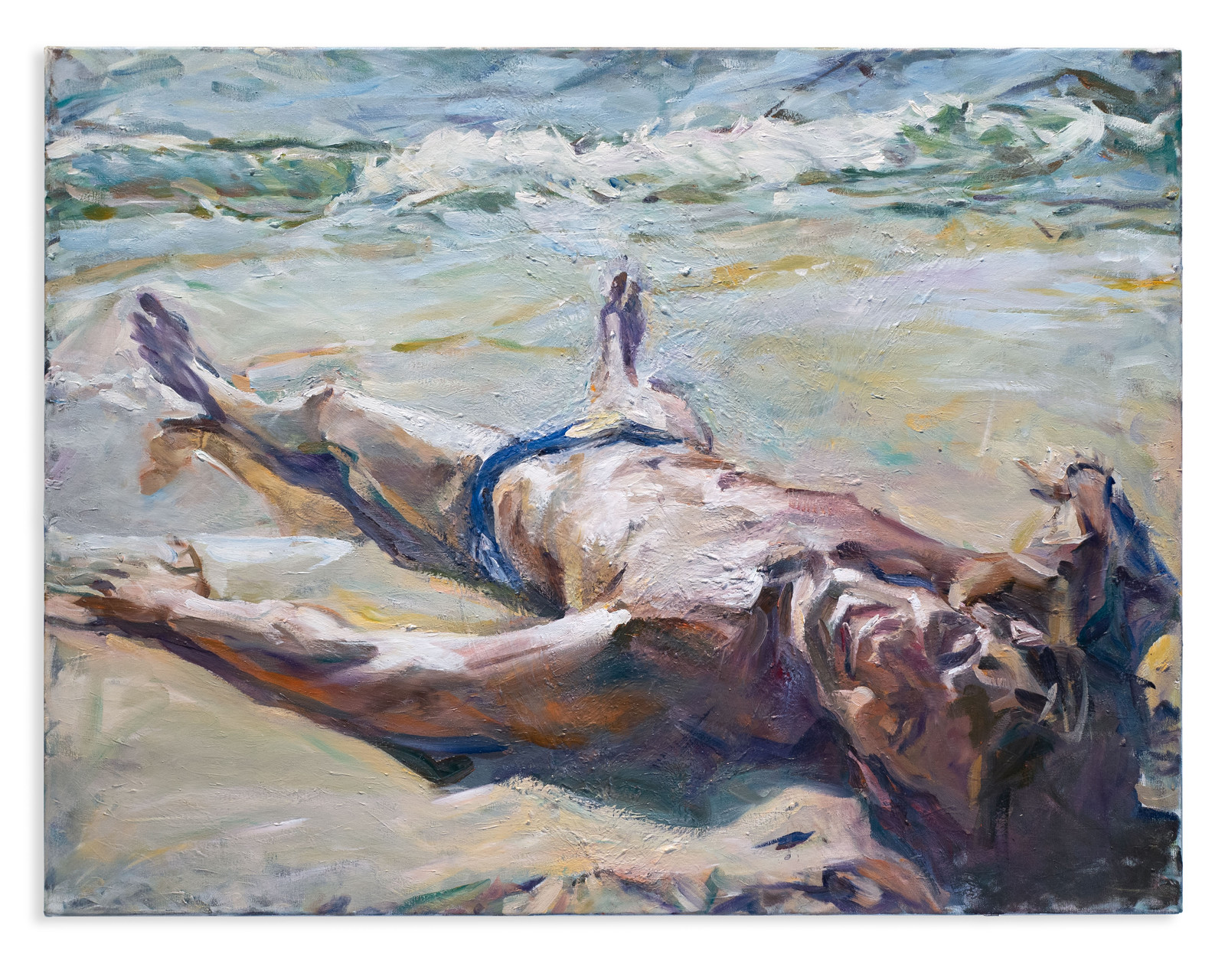 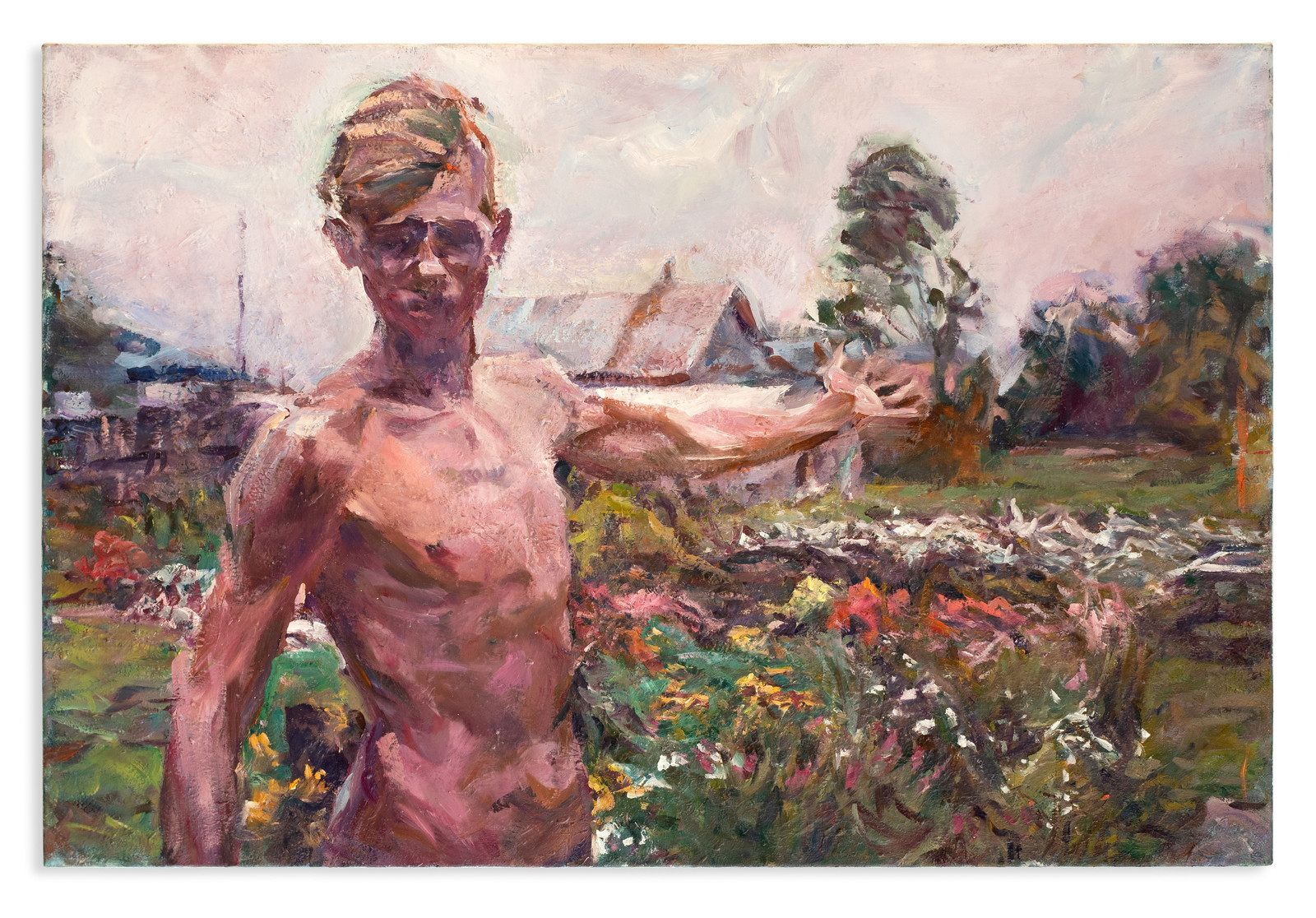 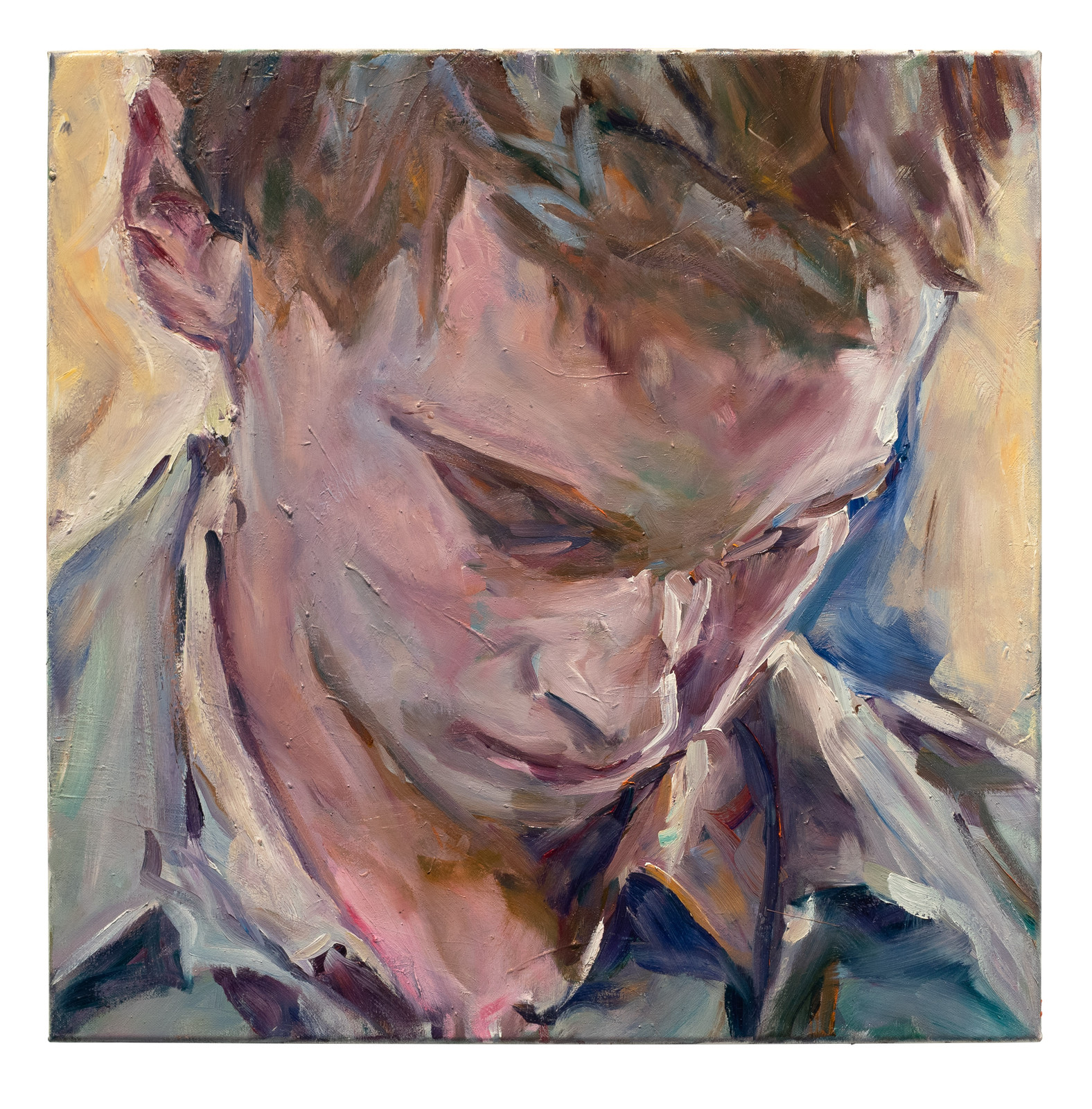 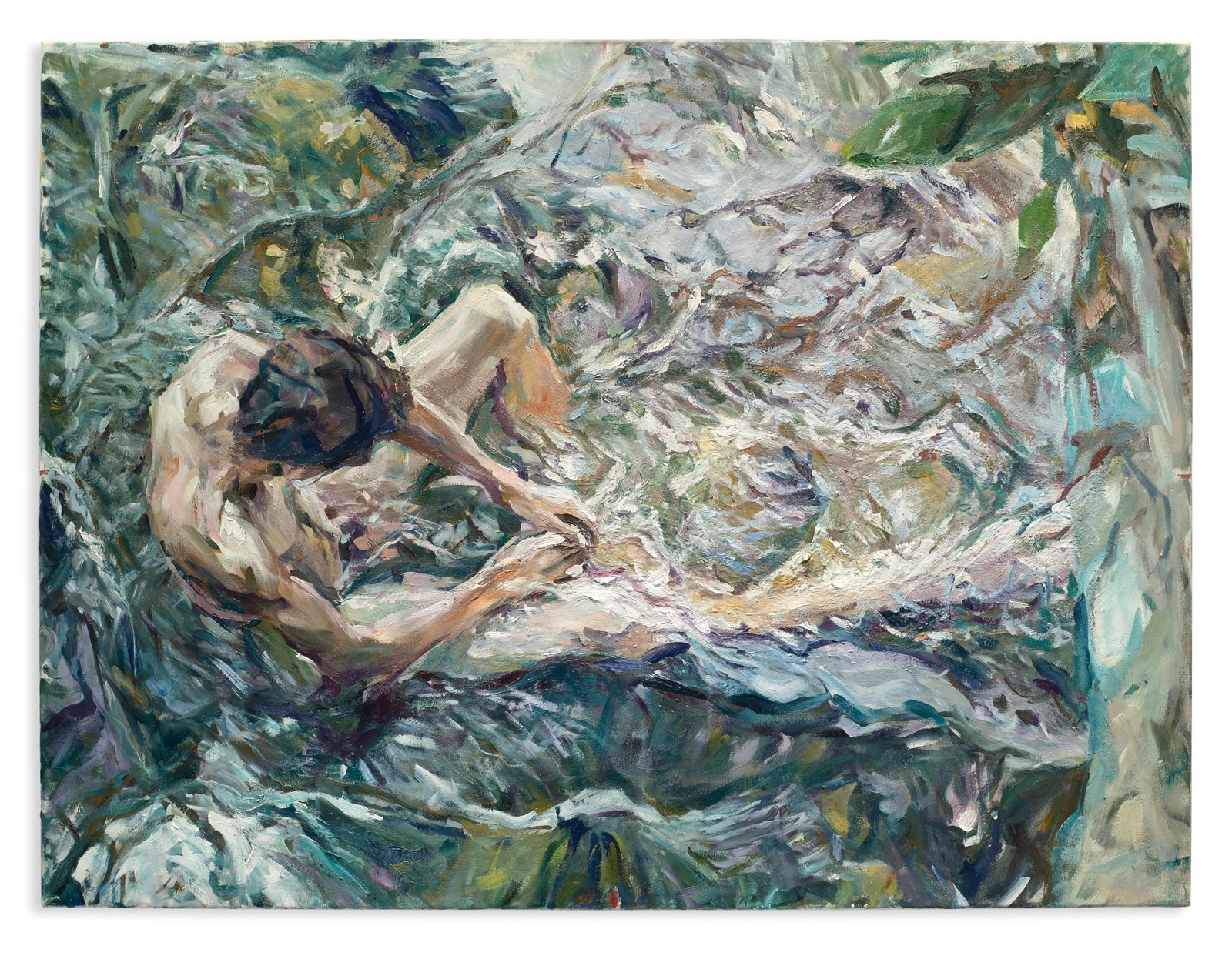 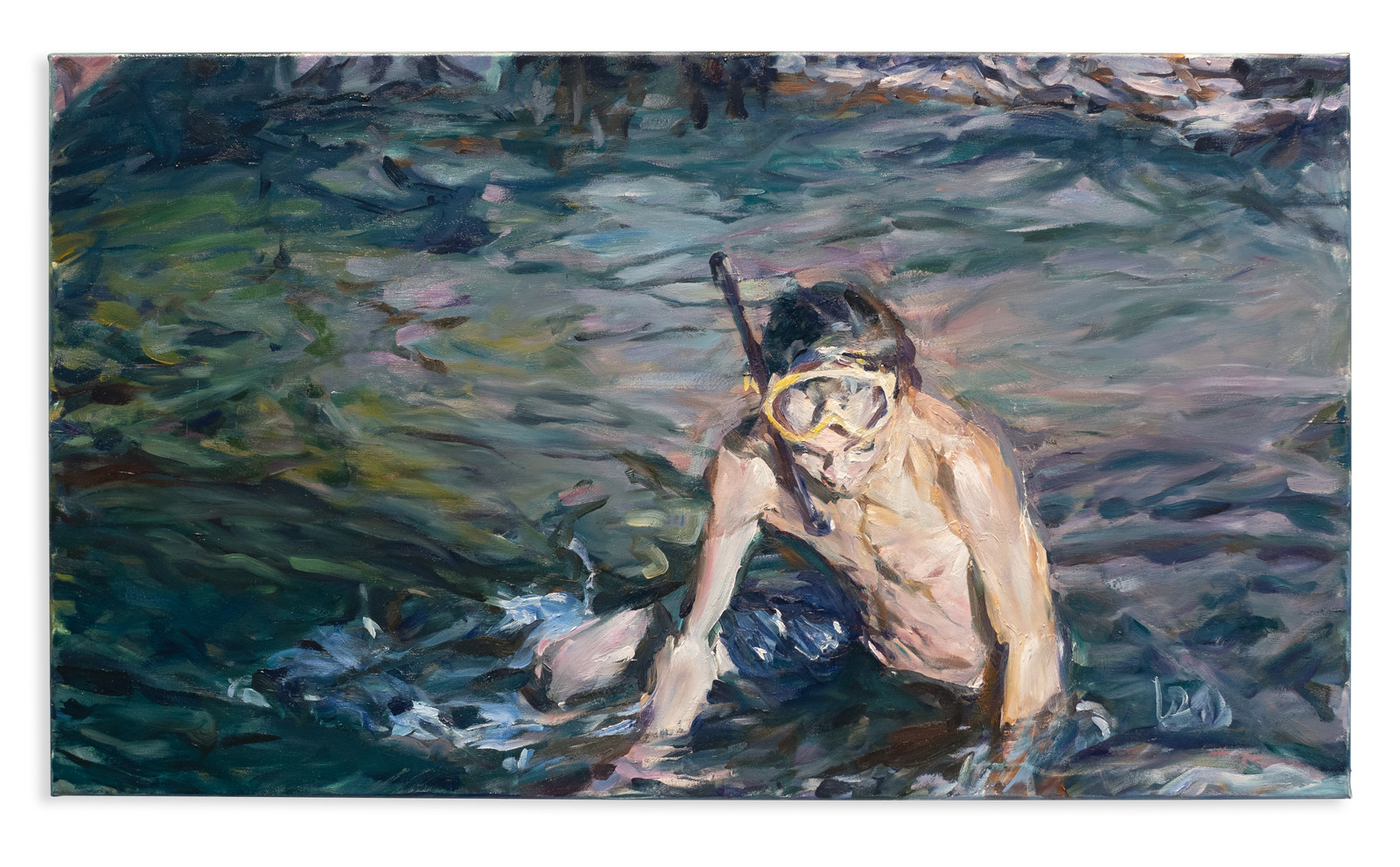 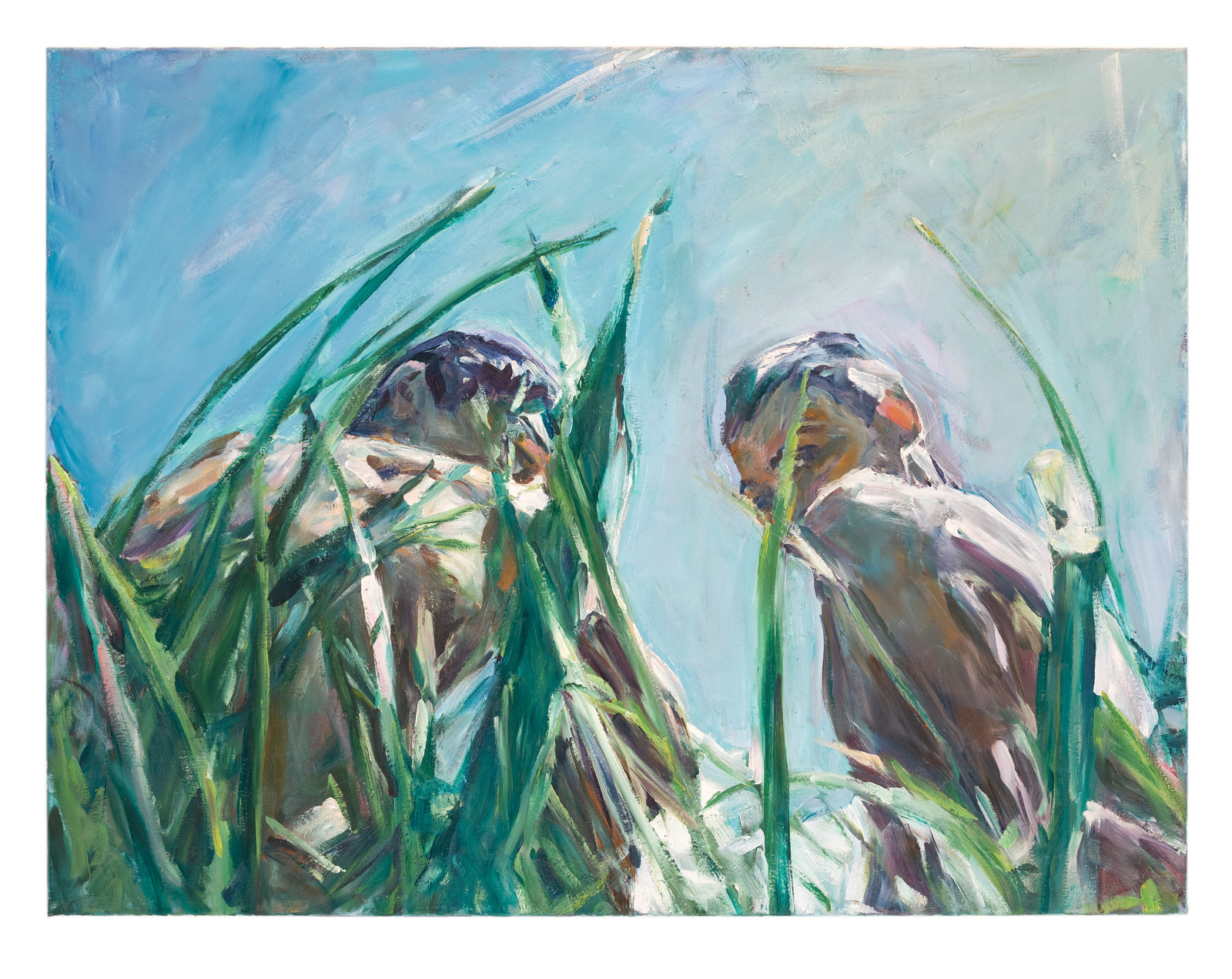 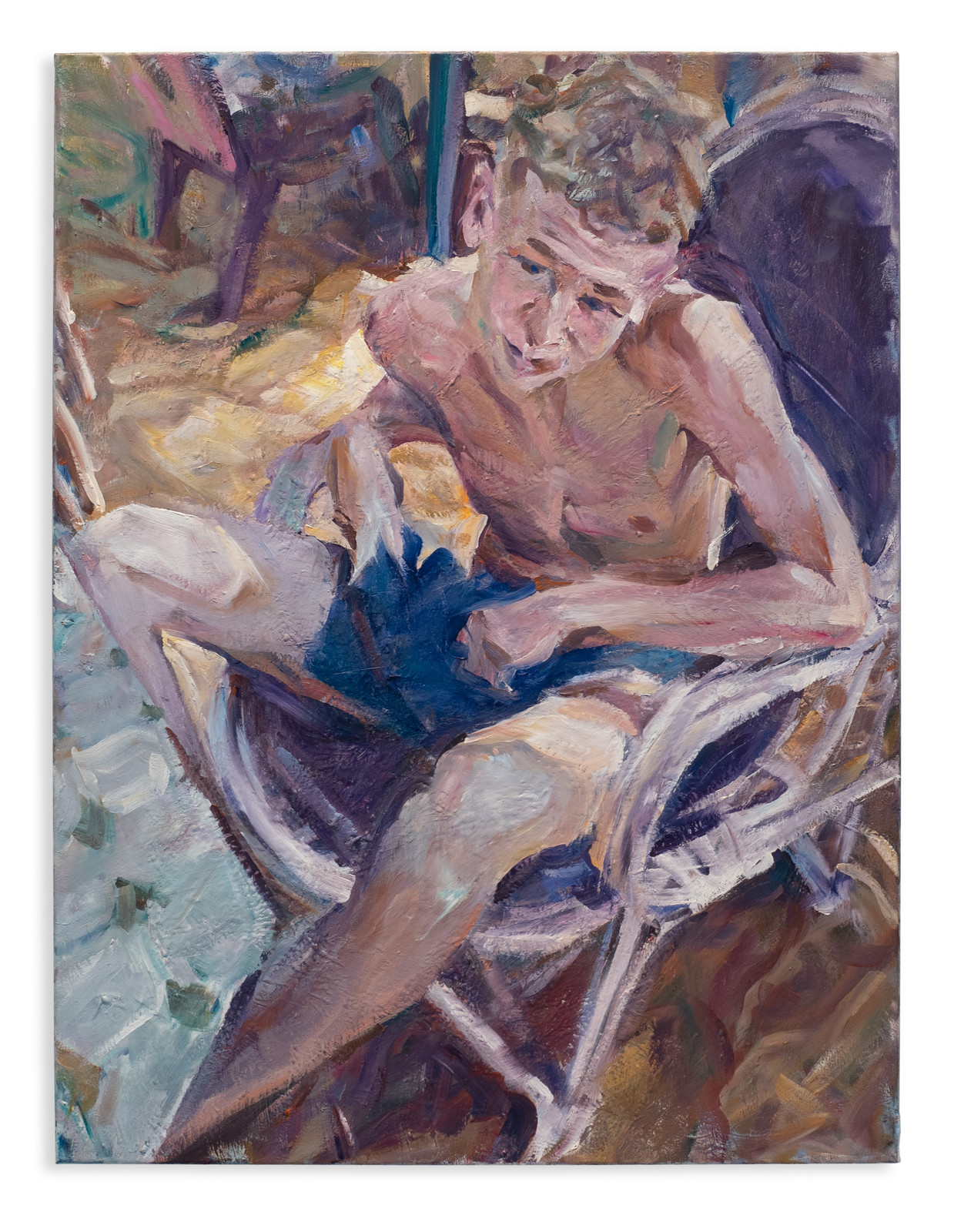 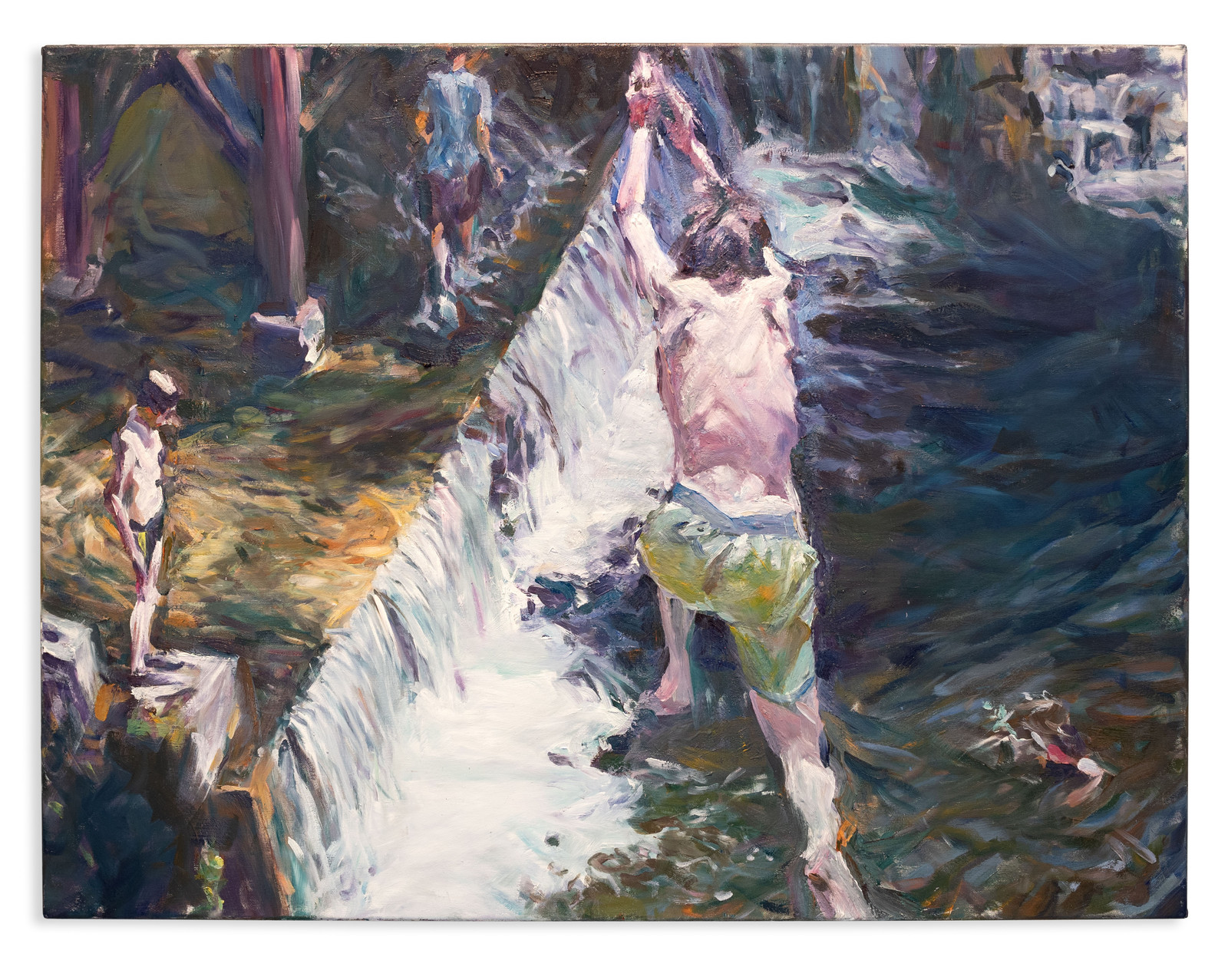 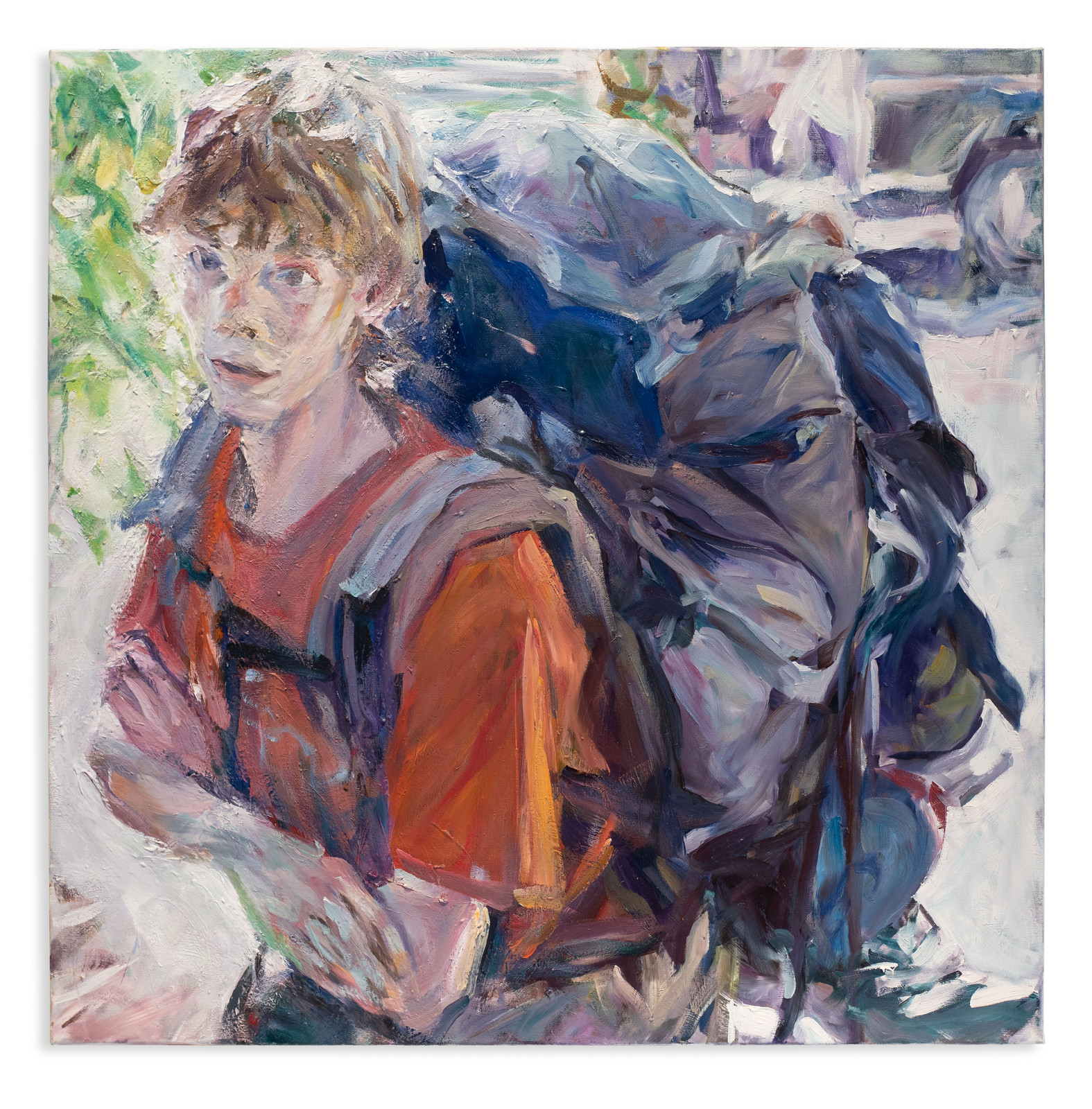 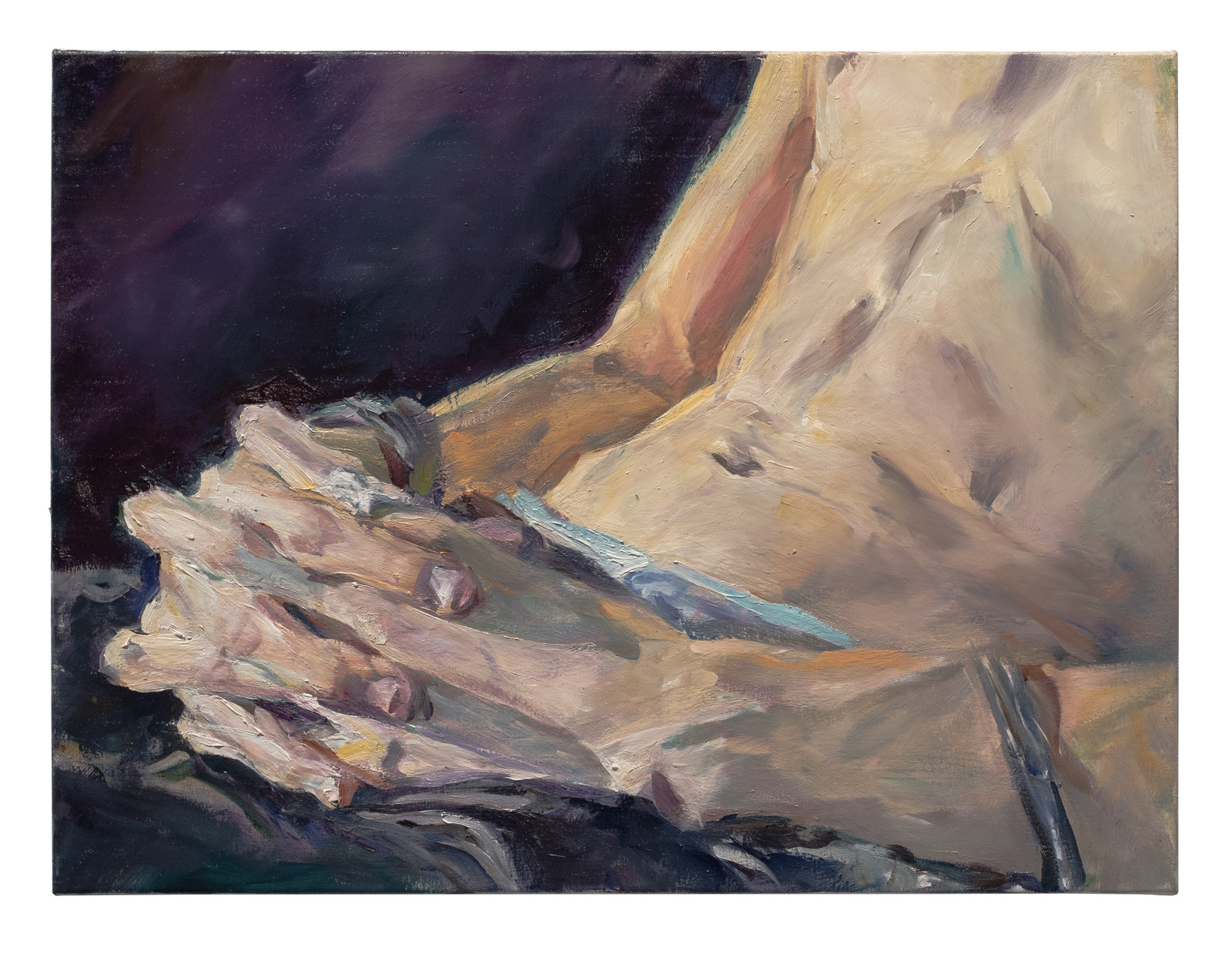