The paintings of Australian-born Peter Churcher ( *1964 ) relate to his own contemporary world and show his clear intention to make realistic painting as vivid as possible. 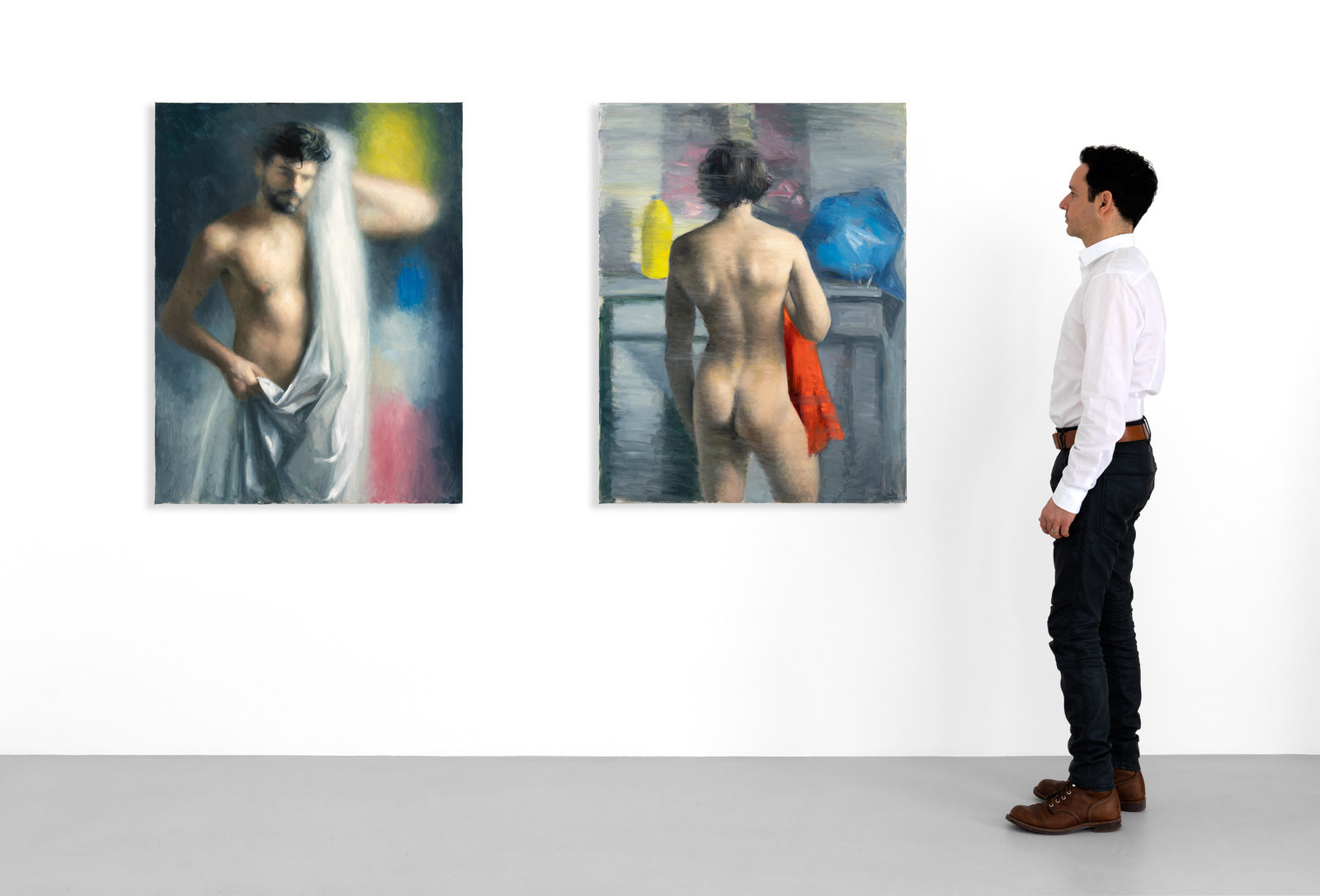 In his most recent works, the artist works out the contrast between sharpness and blurriness, for which he captures his models behind transparent barriers that open up a new level of abstraction for him.

Peter Churcher does not strive for photorealistic detail, but rather for a painterly quality that captures the appearance and thus transfers his perception to the canvas. The motif of the human body, in particular, offers him a multifaceted expressive power.

Peter Churcher can be seen from 16th May to 12th Sep 2021 in the group exhibition "wasserlust...badende in der kunst" at the Museumslandschaft Hessen Kassel at Schloss Wilhelmshöhe. He is also published in the accompanying exhibition catalog. The artist lives and works in Barcelona, Spain.

Further information on Peter Churcher can be found here.

*The price includes the German VAT.

**German VAT is not valid for shipping outside the European Union. There might be taxes / customs fees of your country instead.