TM Davy ( born 1980 in New York, USA ) graduated with a Bachelor of Fine Arts from the School of Visual Arts in New York, where he now teaches. He lives and works in Brooklyn, NY.

TM Davy's oeuvre is characterized by his realistic portraits. His motifs are taken from his immediate surroundings, his family and his circle of friends. Especially his husband Liam serves as a source of inspiration. TM Davy often captures his motifs in familiar moments and thus lets the viewer participate in an intimate relationship or close friendship. No matter whether his depictions show a small detail or are designed as large-scale scenes; his technical execution remains on a high level. His painting style is characterized by the sophistication of realism. TM Davy emphasizes in his works above all the interaction of light and shadow: it is the connecting link in his art, which has symbolic and metaphysical values. The use of light and shadow reflects TM Davy's intensive study of the old masters such as Caravaggio or van Dyck. He describes his painting process as "organic": if he follows the "call of the painting", he can get lost in his painting for hours or days without noticing how much time has passed. Thus his works become small worlds that offer the viewer insights into interpersonal relationships. 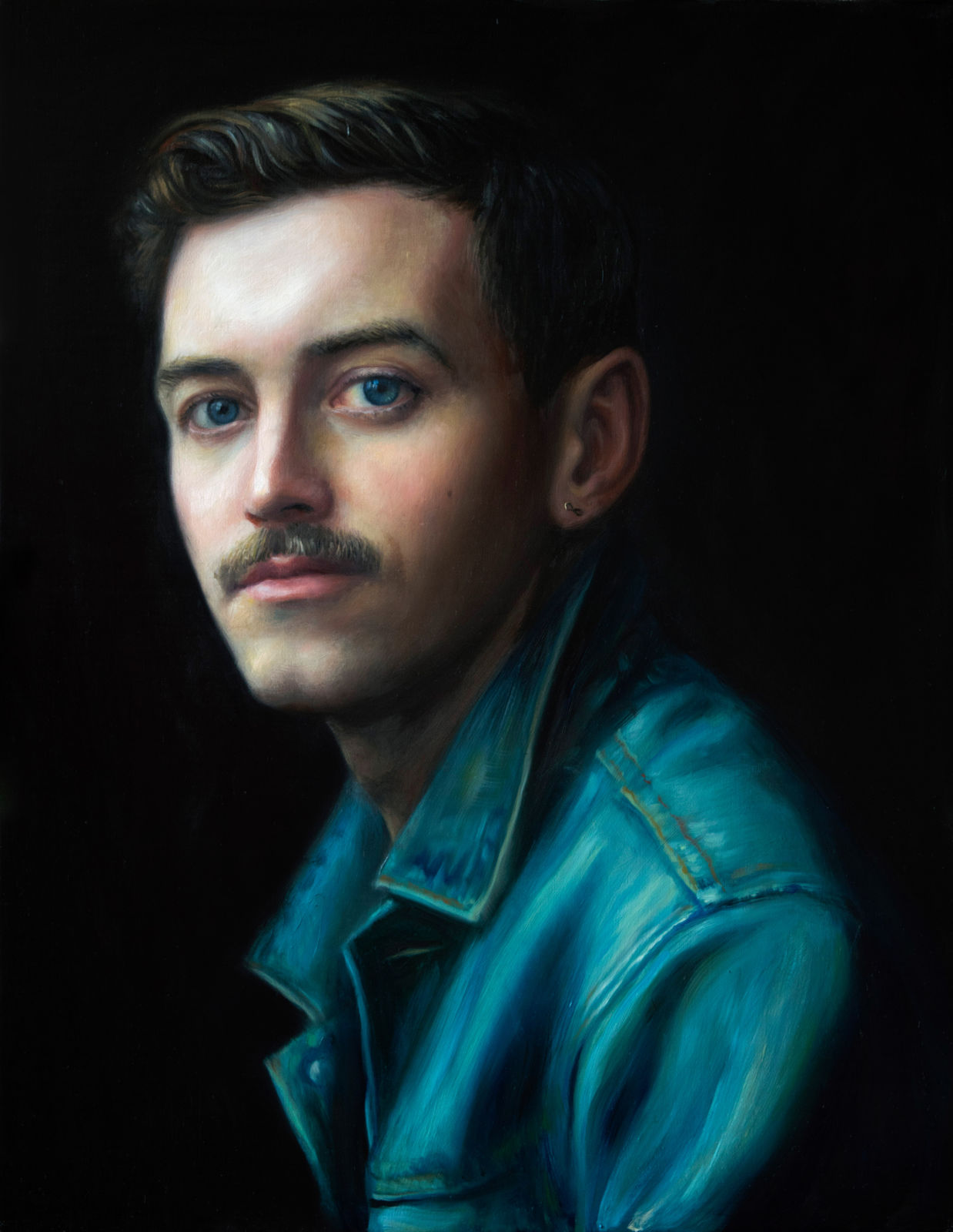