Günter Zachariasen ( born 1937 on Sylt ) grew up in a natural landscape surrounded by the North Sea. In 1975 he left the island and acquired an old farm with garden on the North Frisian mainland, which since then has served him as a place of retreat. The artist finds inspiration for his works in the unspoiled nature he experiences intensively. Exactly this tranquility is visible in his works from recent years, in which fixed forms or figures are missing. It is the colored emptiness depicted by Zachariasen that has a meditative effect on the beholder. The color, which is applied by Zachariasen in numerous layers with a broad, dry brush on the canvas, creates different light zones on the surface. They can run horizontally, vertically or dynamically and are not specifically targeted, but create a spatial depth. Zachariasen's works challenge the beholder to think beyond the materiality and the limitation of the painting into a mind-expanding sphere in which one is willing to let go of everyday life and to open oneself to the more important matters. His paintings are the results of an inner state. Thus turning painting into a form of meditation in which a place of serenity and silence opens up. 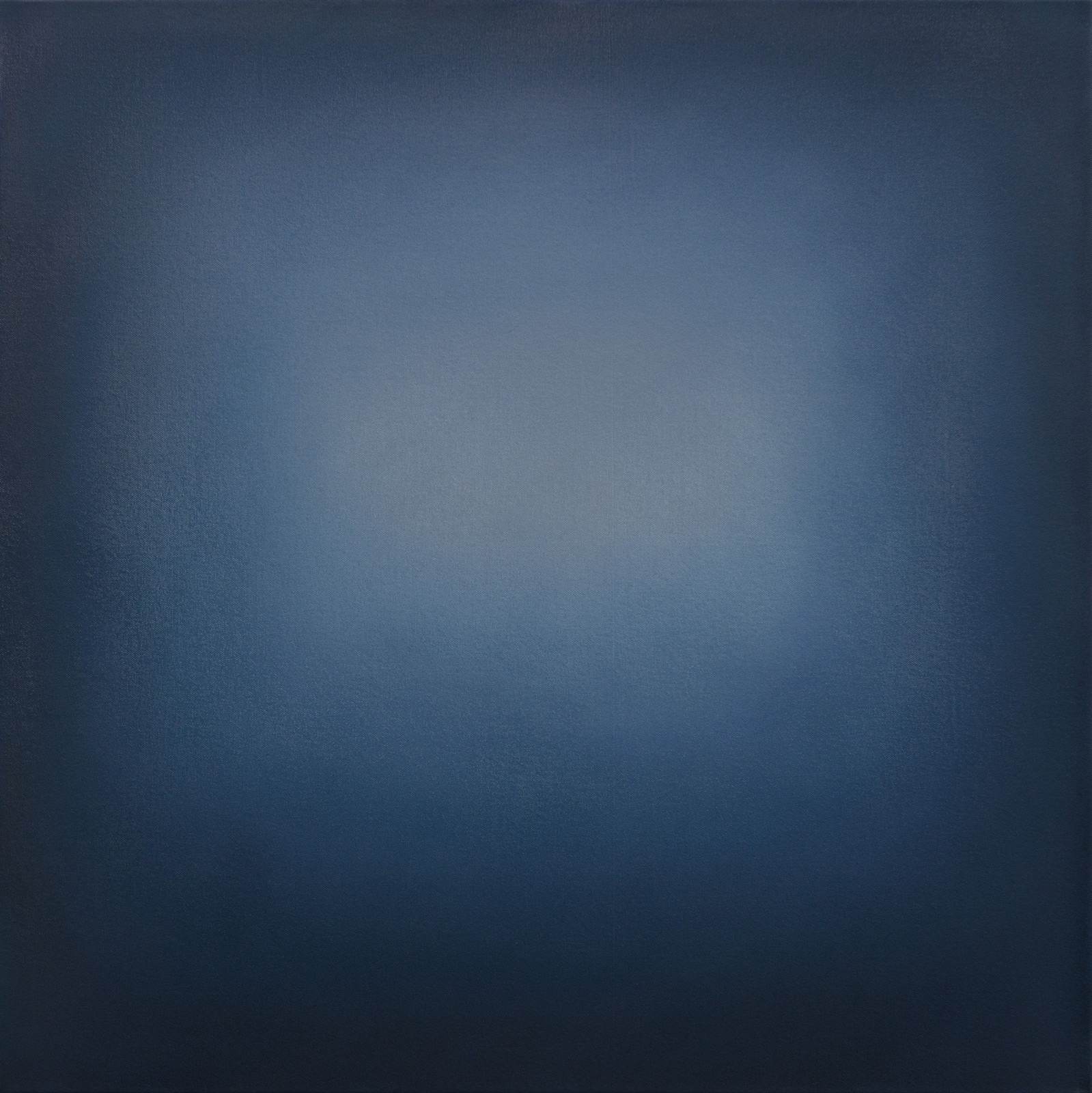